A self-declared iPhone fanatic is so determined to be the first to get his hands on Apple’s latest device that he is camping outside Sydney’s flagship store 10 days before it is expected to go on sale.

The tech giant is expected to unveil the ‘anniversary’ iPhone – possibly called the iPhone X – at its brand-new headquarters in Cupertino, California, at 10am PDT on Tuesday.

The dramatically redesigned handset – which comes a decade after Apple’s late co-founder Steve Jobs unveiled the original version – is rumoured to be going on sale on September 22.

But almost 12,000km away in Sydney, Mazen Kourouche is already waiting outside the city’s flagship store on George St to ensure he is the first person to nab the coveted smartphone.

The 20-year-old student, who is studying software engineering at the University of New South Wales, has waited in line for Apple’s previous launches – and believes it will once again be worth it.

This year, he’s doing it for his fans on YouTube as well as to be one of the first people in the world to acquire the new phone.

‘Last year, I was third and the year before that, I was 100th or something so I’m stepping it up every year,’ he told Daily Mail Australia.

‘I’m a YouTuber and I’m recording content live for my viewers. On the day of the launch, I’ll record the unboxing in the store.’

He’s so determined to get it first that he is sure he’d refuse vast sums to give up his spot.

‘I actually don’t know unless I’m in that situation but being first may get me 50,000 subscribers which would get me $50,000 in the long run, so I’m thinking macro rather than micro.’ 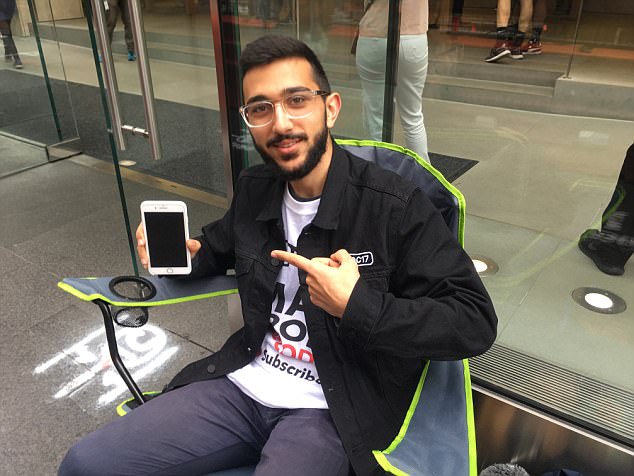 The 20-year-old student, who is studying software engineering at the University of New South Wales,believes the smartphone will be worth the wait

He’s also recruited two friends to camp out in shifts to make sure he doesn’t lose his spot at the front of the line.

‘I’m here with two of my friends, we lined up yesterday,’ he said.

‘They spent the night here last night and I’ve been here from 9am and I’ll stay here until 9am when they’ll be back.

‘They said it’s not too bad, but the roadworks kept them up at night, so it’s hard to sleep.

‘It’s not too cold, but if the weather turns, we’ll have to leave our stuff here and go spend some time inside the Apple store or go to McDonald’s, that’s 24 hours.’ 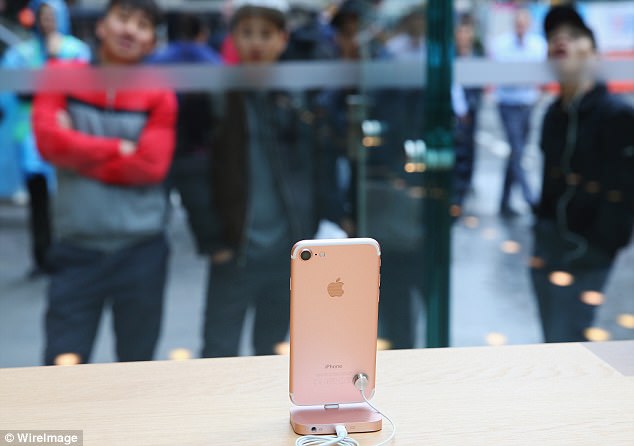 Mr Kourouche also has to attend classes at university, so he’s made sure he has someone lined up to cover him for those hours.

‘But I’m doing my assessments in line while I’m waiting,’ he said.

The latest device is rumoured to retail at $1,000USD ($1,250AUD) and while Mr Kourouche called the pricing ‘unfortunate, it hasn’t put him off.

‘It’s not about whether it’s worth it, when you’re a fanatic, you’re going to get it anyway,’ he said.

‘I tend to sell my old phone and pay the difference, so it’s not too much of a setback.’

Leaks have suggested the new phone will feature a sharper display and a so-called OLED screen that will extend from edge to edge, thus eliminating the exterior gap or ‘bezel’ that currently surrounds most screens.

It could also feature facial recognition technology for unlocking the phone and wireless charging.

That’s what Mr Kourouche is most looking forward to, but he’s also hoping there will be improved battery life on the new handset.

As well as being a hardcore Apple fan, Mr Kourouche has eight apps on the company’s App store.

Last year, it was for his Medyc app – which helps users save and access their medical activity easily.

‘I got a selfie with Tim Cook,’ he added.