How woman was scammed out of $3,500 just days into starting her new job after her ‘boss’ ordered her to buy everyone gift cards for Christmas

An Australian woman has shared her experience of being swindled out of thousands of dollars by scammers who claimed to be her boss just days into starting her new job.

Gold Coast woman Jackie, 27, took to TikTok on Friday to reveal how the scammers first made contact.

She received an email from someone impersonating a director at her new company asking if she was free.

‘They said “please don’t tell anyone and keep it a surprise but I want you to purchase 15 Apple gift cards for staff members for Christmas”,’ she said.

Jackie said she quickly responded, asking if they had a company credit card she could use but was instead told to purchase them with her own money, with the company reimbursing her when she sent receipts.

Her ‘boss’ then thanked her for buying the gift cards.

Less than half an hour later, the scammers sent her another email asking to send though her bank details to transfer the reimbursement money and asking if she could get another 20 for the remaining staff.

After sending all the gift cards through, she then received a third email which was when alarm bells began ringing.

‘You think “hmm, that’s weird” so you message the director, even though he said not to message him, and you say “Just checking that’s you who sent those emails off your personal Gmail”,’ she recounted.

‘He calls you straight away and said “No that wasn’t me, you didn’t buy them did you?”‘ 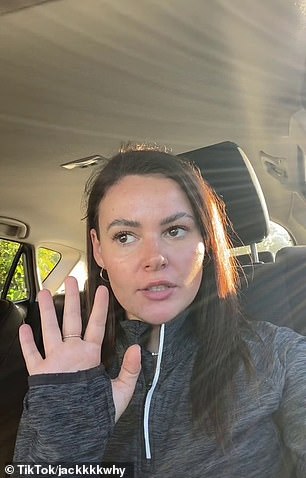 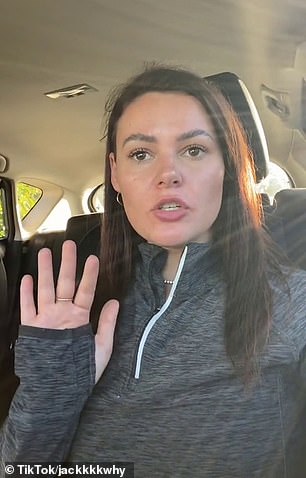 In the clip the woman said she bought $3,500 worth of Apple gift cards thinking the money would be reimbursed

The red-faced employee captioned her video that she was at least ‘impressed’ with scammers’ effort.

Commenters on the video said they felt for the young woman, though many said they would have caught on much sooner.

‘Ohhhhh girl. This exact thing happened to me but I didn’t buy any. I spoke to my manager because I thought it was strange the owner was emailing me out of hours,’ one person said.

‘$50 would have been pushing it for me, three grand, ain’t no chance,’ another said.

‘I’ve literally had this email today from my “MD”. Looked legit on my iPhone as well but when viewing on Outlook you can see the dodgy email address,’ a third wrote.

‘I would of been saying I don’t have enough free funds in my budget to put that kind of money on my card,’ added a fourth. 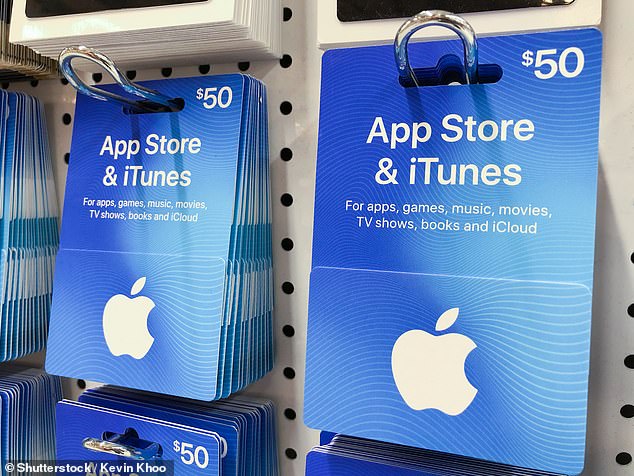 According to the consumer watchdog the ACCC, Australians lost more than half a million dollars to this type of scam in 2017.

‘Scammers are increasingly getting their victims to pay with iTunes gift cards as they can quickly on-sell them and pocket the money,’ ACCC Deputy Chair Delia Rickard said.

The method has been around for a while but scammers posing as a company boss, after trawling social media and LinkedIn for details, appears to be new.

‘If you pay for a scammer’s con with iTunes gift cards it’s nearly impossible to get your money back,’ Ms Rickard added.

HOW TO AVOID THE ITUNES SCAM

If anyone, even an employer, is asking to purchase cards via phone or email always check the phone number and email match the information you have.

Call your employer on the number you have for them and double check it is actually them you are speaking to.

If you have already sent gift cards there may be a small window to cancel the card by contacting Apple support unless the scammer has already redeemed the card and spent the cash.