Apple goes on the attack in tax battle with EU

Apple went on the offensive against Brussels in an EU court on Tuesday, claiming the European Commission’s multi-billion tax demand ‘defies reality and common sense’.

The commission made a landmark order that the technology giant reimburse Ireland 13 billion euros ($14 billion) in back taxes in 2016.

The decision was delivered in August 2016 by Competition Commissioner Margrethe Vestager – a shock move that put Europe at the forefront of an emerging effort to rein in the power of US big tech.

The EU accuses Apple of parking untaxed revenue earned in Europe, Africa, the Middle East and India in Ireland, which has become a European hub for US-based big tech.

This privilege allegedly gave Apple an advantage over other companies, allowing it to avoid taxes between 2003 and 2014 of around 13 billion euros which, according to Brussels, constituted illegal ‘state aid’ by Ireland.

Lawyers for the world’s biggest company faced EU officials in the Luxembourg court on Tuesday, challenging a decision that CEO Tim Cook slammed at the time as ‘total political crap’.

Apple’s Chief Financial Officer Luca Maestri led a six-strong delegation to the court where a panel of five judges will hear arguments from both sides, as well as Ireland, Luxembourg, Poland and the EFTA Surveillance Authority, over two days. 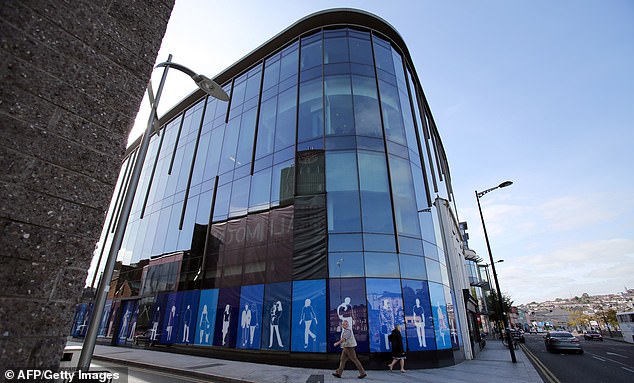 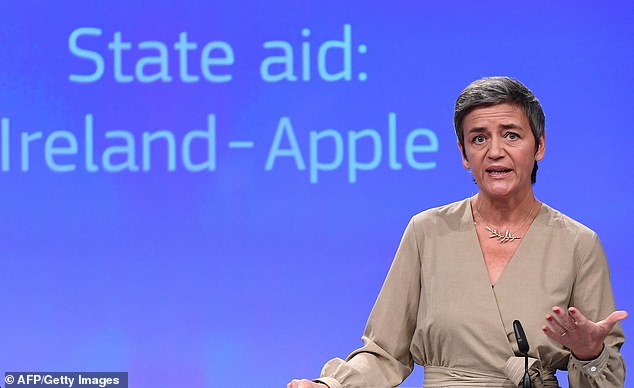 ‘The Commission contends that essentially all of Apple’s profits from all of its sales outside the Americas must be attributed to two branches in Ireland,’ Beard told the court.

He said the fact the iPhone, the iPad, the App Store, other Apple products and services and key intellectual property rights were developed in the United States, and not in Ireland, showed the flaws in the Commission’s case.

‘The branches’ activities did not involve creating, developing or managing those rights. Based on the facts of this case, the primary line defies reality and common sense,’ he said.

‘The activities of these two branches in Ireland simply could not be responsible for generating almost all of Apple’s profits outside the Americas.’

Beard dismissed criticism of the 0.005 per cent tax rate paid by Apple’s main Irish unit in 2014, which was cited by the Commission in its decision, saying the regulator was just seeking ‘headlines by quoting tiny numbers’.

Paying an average global tax rate of 26 per cent, Apple has said it is the largest taxpayer worldwide and is now paying around 20 billion euros in US taxes on the same profits that the Commission said should have been taxed in Ireland. 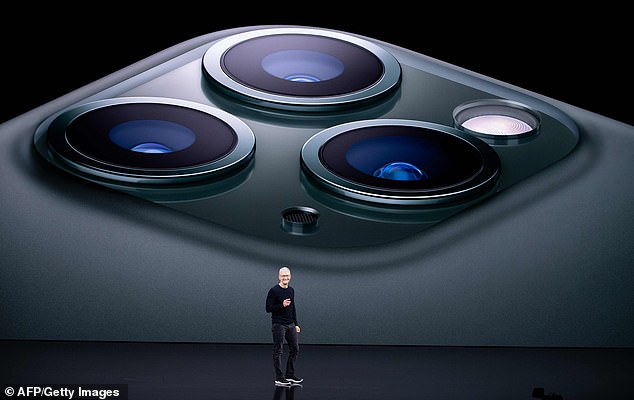 Ireland, whose economy has benefited from investment by multinational companies attracted by low tax rates, is also challenging the Commission’s decision.

‘As Ireland has already emphasised, it undermines legal certainty if state aid measures are used to retrofit changes to national law … and legal certainty is a key principle of EU law; one upon which businesses depend,’ Beard said.

‘Some may want to change the international tax system; but that is a tax law issue not state aid,’ he said.

Ireland said it had been the subject of entirely unjustified criticism and that the Apple tax case was due to a mismatch between the Irish and US tax systems.

The judges are not expected to hand down their decision before 2020 and any appeal would then go the EU’s highest court, the European Court of Justice, for a final ruling that could land as late as 2021. 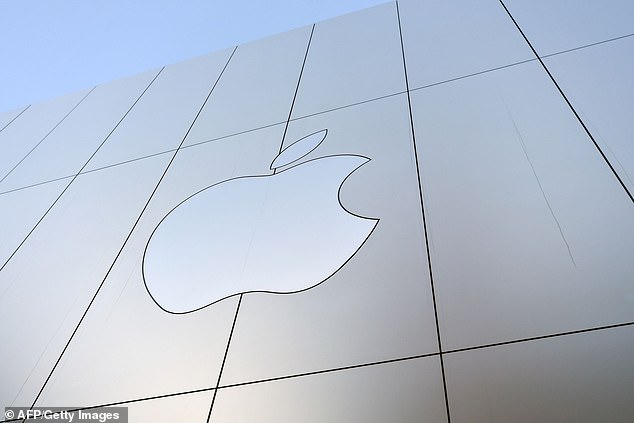 Ireland, whose economy has benefited from investment by multinational companies attracted by low tax rates, is also challenging the Commission’s decision (stock image)

Apple fiercely denies the tax bill, and the US government also insists the order by Brussels constitutes a major breach of international tax law.

‘The European Commission has tried to rewrite Apple’s history in Europe, to ignore Ireland’s tax laws and, in doing so, to disrupt the international tax system,’ Tim Cook said in an open letter in 2016.

The group insists that it is in the United States, where the company invests in research and development and thus creates wealth, that it must pay taxes on the revenue in question.

The two days of hearings are taking place in a tense trade context between the EU and the United States where President Donald Trump accuses Europeans of deliberately attacking American technology giants.

The EU’s Competition supremo, Vestager, is in particular accused by US president Donald Trump of ‘hating’ the US. He has slammed her as the ‘tax lady’ because of the investigations and heavy fines imposed on US groups such as Google.

Pending the conclusion of the case, Apple has blocked the funds in an escrow account: a total of 14.3 billion euros after interest.

Apple, which has been present in Ireland since the 1980s, employs around 6,000 people in Cork, the country’s second-largest city.