Having an apple-shaped figure raises women’s risk of suffering a heart attack by up to 20 per cent, new research suggests.

Even among slim women, such as celebrities Elizabeth Hurley, Angelina Jolie and Tyra Banks, carrying fat around the abdomen makes them between 10 and 20 per cent more likely to suffer a cardiovascular event, a study found today.

Lead author Dr Sanne Peters from Oxford University, said: ‘Our findings support the notion that having proportionally more fat around the abdomen (a characteristic of the apple shape) appears to be more hazardous than more visceral fat which is generally stored around the hips (i.e., the pear shape).’

Apple figures, which typically cause people to carry weight around their waists, which are wider than their hips, are associated with excess fat storage around the internal organs.

This increases people’s risk of conditions such as heart disease, stroke and type 2 diabetes.

According to the World Health Organization, more than 40 per cent of women and 39 per cent of men worldwide are carrying too much weight.

Have an apple-shaped figure, like Elizabeth Hurley, raises women’s risk of heart attacks 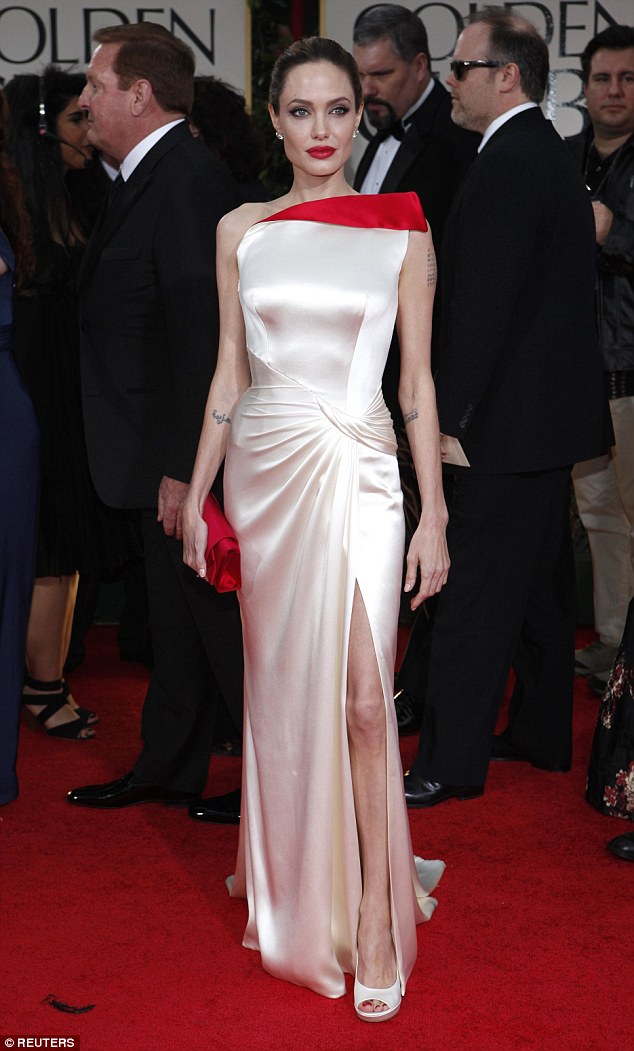 Even slim apple-shaped women, like Angelina Jolie, are 10-20 per cent more at risk

Apple figures, which Tyra Banks has, are linked to excessive fat around the inner organs

WHAT IS THE BEST TIME OF DAY TO EAT CARBOHYDRATES?

He carried out the research with the University of Surrey by asking healthy volunteers to eat either the majority of their daily carbohydrate intake in the morning or evening.

The study’s participants’ waist and hip circumferences, as well as their height, weight and BMI were measured by trained staff.

According to the researchers, further investigation is required to determine how body shape and fat storage influence people’s heart-disease risk.

The findings were published in the Journal of the American Heart Association.

This comes after scan images released in November last year suggested, for the first time, how weight is stored in the body, why low-fat is not always healthier and the one diet that is best.

Compared to a low-fat diet, eating Mediterranean foods with a minimal-carb intake for lunch just three times a week significantly reduces fat storage around the heart and liver, a study found.

Lead author Professor Iris Shai from Ben-Gurion University of the Negev in Israel, said: ‘These findings suggest that moderate exercise combined with a Mediterranean/low carb diet may help reduce the amount of some fat deposits even if you don’t lose significant weight as part of the effort.

‘We learned in this trial that moderate, but persistent, weight loss may have dramatic beneficial effects on fat deposits related to diabetes and cardiovascular diseases.’ 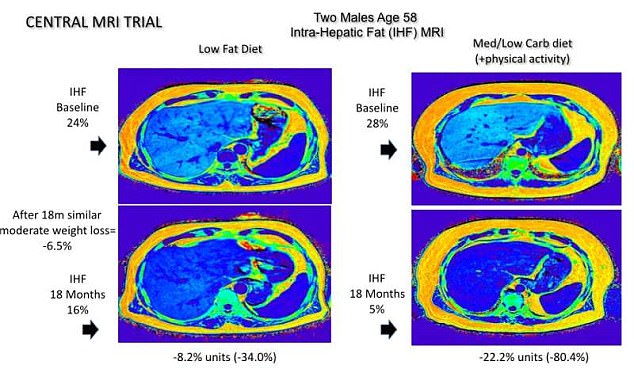