Apple wants to put medical records on your iPhone

Apple wants to turn your iPhone into a device where you can easily access your medical records, though it insists it has no desire to see the information, it was reported on Saturday.

The tech giant is rolling out a test version of a new product that allows users to download their health records onto their iPhones.

The records can be accessed quicker and easier in order to be shown to a doctor or caregiver, according to CNBC.

Apple wants to turn your iPhone into a device where you can easily access your medical records, though it insists it has no desire to see the information, it was reported on Saturday. The above image shows a 2017 Apple iPhone 8 smartphone

The app retrieves data from a health provider and displays it whenever new information becomes available.

Apple so far has signed contracts with a dozen hospitals nationwide, including Cedars-Sinai, Johns Hopkins Medicine, Penn Medicine, and the University of California, San Diego.

Users will be able to quickly call up data on a range of health issues including allergies, conditions, immunizations, lab results, medications, procedures, and vitals.

The data will be encrypted and protected through a password.

‘Apple doesn’t see the data unless the consumer chooses to share it,’ Williams said.

The company is working with electronic medical record companies like Epic Systems, Cerner, and AthenaHealth to make it easier for iPhone users to see the information.

Apple said that the new health app is not designed to sell more iPhones, but is instead intended to make their device more user-friendly.

‘We’re hoping to enable richer conversations between doctor and patient,’ said Sumbul Desai, a physician and medical researcher who is working with Apple on its digital health app.

Apple says the data can be available to you in a matter of minutes.

‘It’s difficult to think about something more significant than health records,’ said Williams. 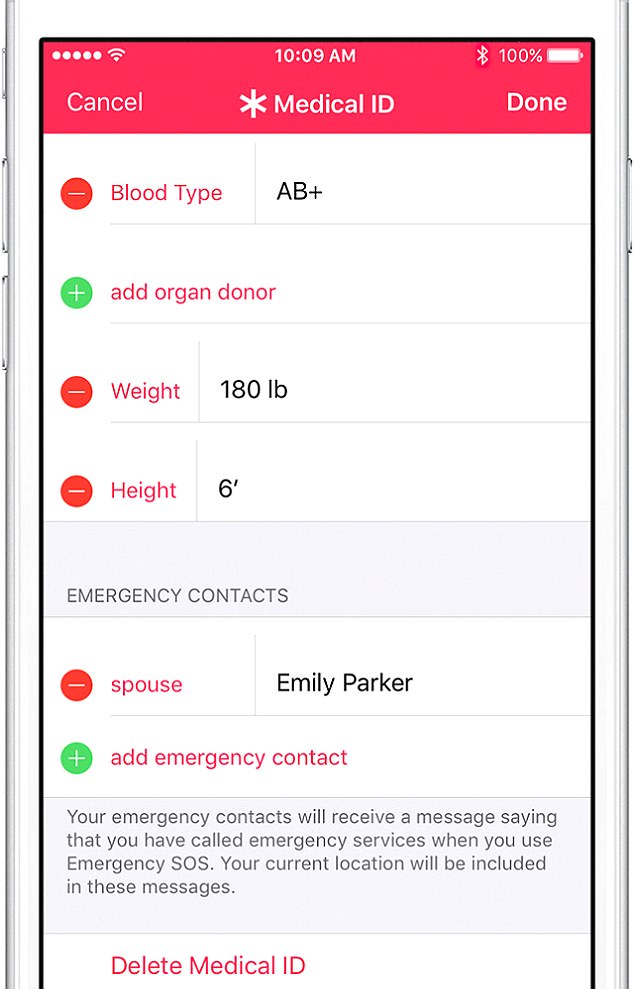 The app retrieves data from a health provider and displays it whenever new information becomes available. The above image shows a beta test version

‘With your banking records, you can see every transaction and dollars spent, and yet my health is way more significant and I couldn’t put my finger on any of my lab information.’

Apple has made an effort to differentiate itself from other tech giants like Google, Facebook, and Amazon by striving to maintain the privacy of its customers.

In 2016, the company opposed the federal government’s demand that it help the FBI break into the iPhone recovered from one of the shooters in the San Bernardino attack.

CEO Tim Cook said at the time that the demand threatened the security of Apple’s customers and had ‘implications far beyond the legal case at hand.’

Last year, Apple won accolades from privacy experts in September for assuring that facial data used to unlock its new iPhone X would be securely stored on the phone itself.

But Apple’s privacy promises do not extend to the thousands of app developers who will gain access to facial data in order to build entertainment features for iPhone X customers, such as pinning a three-dimensional mask to their face for a selfie or letting a video game character mirror the player’s real-world facial expressions.

Apple allows developers to take certain facial data off the phone as long as they agree to seek customer permission and not sell the data to third parties.

Last year it was also learned that Apple will keep users’ conversations with Siri and HomePod a secret by anonymizing and encrypting voice commands, according to Cnet.com.

That means users who give commands to Siri and HomePod will not have their voices tied to their Apple ID, putting it out of reach of the company.