Apps that can REALLY help with your holidays revealed

Apps that can REALLY help with your holidays revealed (but beware the ones that might breach data protection laws!)

Every week our Holiday Hero Neil Simpson takes an in-depth look at a brilliant holiday topic, doing all the legwork so you don’t have to. This week he explores how to get the best out of the burgeoning number of travel apps and online services.

Technology continues to change the way we travel – but are we getting too much of a good thing? Researchers at hotels.com say we are. Their latest survey says ‘net-lag’ hits just as hard as jet-lag, with holidaymakers spending an incredible ten-and-a-half hours researching future trips online. The solution is to focus on a small number of better sites and apps. Here are five key areas where top tech can help before, during and after a holiday.

Before you go: A host of new apps promises to pull all your travel information together into a single file so it’s to hand when you need it. Fans like it, but critics warn it can involve the app searching through emails to suck out anything it thinks relates to travel, so privacy concerns are high. Fortunately, some ‘organisation apps’ give you more control by asking you to forward details to them to collate, rather than taking information automatically.

Getting around: Most people use the likes of Expedia and Skyscanner plus airline and tour company sites and apps to research and book holidays. But if you’re planning a particularly complicated journey, experts suggest a 100% web-based software like Maptive. This tool allows you to create a radius map which is essential so that you can figure out the driving time from location to location. Having an estimate of the distances of each attraction is important not only for safety, but it will help you prioritize your visits across destinations that are near to each other.

In situ: It’s best to download maps and directions when you’re on wi-fi rather than using your data – not least because the best advice is to click off data roaming when you leave the EU. The big two map apps are Google Maps and Citymapper. Tech experts say the former has improved after a shaky start and is now better at guiding users to generic places such as ‘pharmacy’ as well as mapping out local streets. But many users tip Citymapper for more detailed directions and better public transport recommendations, including bike routes.

The downside? It’s not as widespread as Google Maps, so it’s best in mainstream tourist cities such as Paris, Lisbon, New York and Los Angeles. 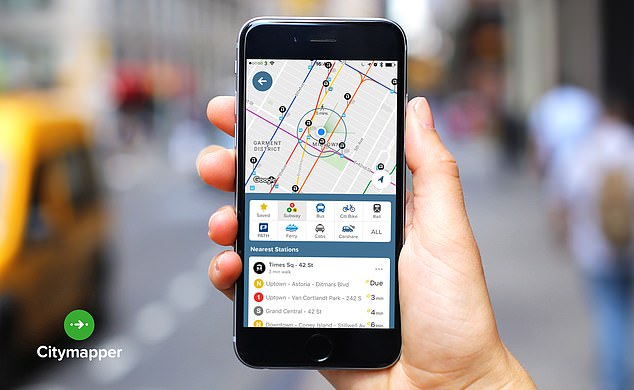 The big two map apps are Google Maps and Citymapper (pictured). Citymapper is said to give better directions and public transport recommendations 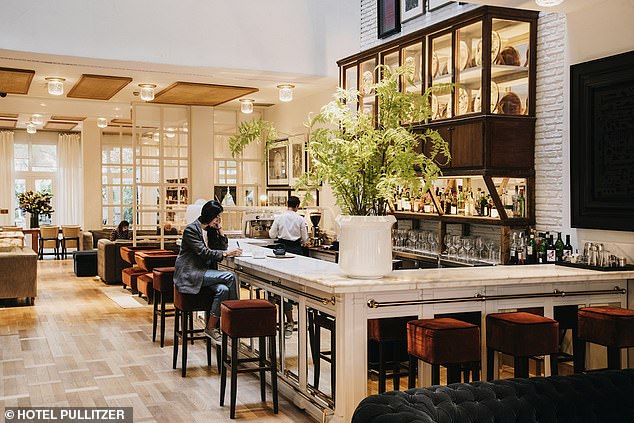 If plans go wrong: Need somewhere to stay right now? The hoteltonight app has just been bought by Airbnb and can help. Most big cities and tourist areas are offered, and, with Airbnb’s investment, it’s expected to grow fast. Need an instant room in, say, Barcelona on a Monday night in March and you get two dozen choices including H10 Art Gallery and Hotel Pulitzer at £80 and £93 a night respectively.

Back home: Plenty of providers let you tot up your travels to find out how much of the world you’ve seen. But check the lists they use before downloading an app – several make you look more of a globetrotter by treating England, Wales, Jersey, Guernsey and the Isle of Man as five countries.

The Country-Counter app uses more formal definitions so while you get a lower total, you have a more credible list.