April Fool’s: Google adds retro Snake game to Maps and launches AI that will let you talk to PLANTS

Google’s taking a more ‘natural’ approach to it’s April Fool’s Day this year, adding a plant-to-human interface called Google Tulips and a ‘Snakes’ game for Maps in the latest installment of phony and fun products.

According to the company, Google Tulips, available only on April 1, allows users to communicate with one of world’s most beloved flowers — the tulip — to ascertain just what exactly is on their minds.

‘Decoding the language of plants and flowers has been a decades-long challenge. But that changes today,’ reads the company’s statement on its farcical new service.

In a video for the April Fool’s gag, plants are shown beckoning for more water, sunlight, and even providing a source of conversation for an elderly woman.

‘Thanks to great advancements in artificial intelligence, Google Home is now able to understand tulips, allowing translation between Tulipish and dozens of human languages.’

Purportedly, Google’s cutting edge technology works by analyzing signals created by the plants’ roots — a real phenomenon observed and backed by science — which are then translated into human language, in this case, English.

Among the most pressing requests and questions from our flowery friends are the expected pleas for more water and sunlight, but also the more pressing existential questions like ‘what is the meaning of my existence?’

The technical details, which involve ‘Cloud IoT Core’ and ‘Kubeflow Pipelines’ that help to translate millions of interconnected Tulips, are outlined by the company’s ‘full-stack plant engineer’ here.

For a fun sampling of what Google Tulip can do, users can query their Google Home device by saying ‘Hey Google, talk to my tulip.’ 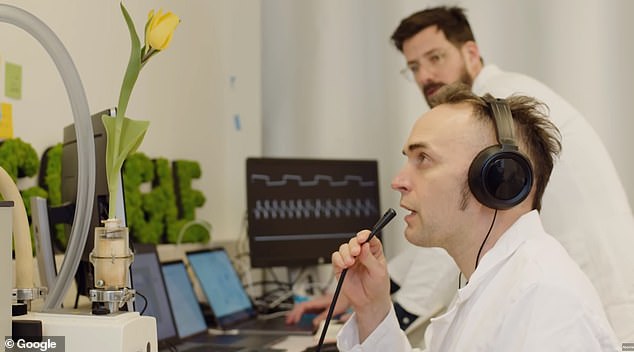 For those who might not be that interested in what plants have to say, Google also launched a different — and more nostalgic — April Fool’s product today on Google Maps called ‘Snakes,’ a game modeled after a genre popularized in the 1990’s. 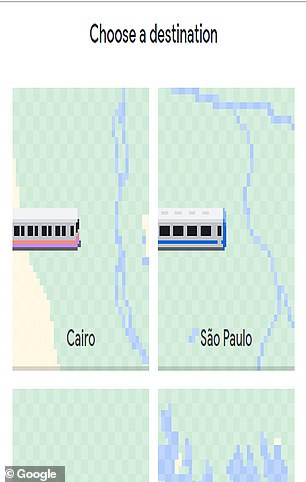 ‘Google Maps shows you how to get around on foot, car, train and bicycle, and now, you can ssslither to your destination too,’ reads the company’s post on its game.

‘Starting today, you can play a twist on the snake game in different locations across the world—including Cairo, London, San Francisco, São Paulo, Sydney and Tokyo–right from Google Maps.’

In Google’s version of the classic style of two-dimensional video game, players travel by train across the world to pick up passengers and see landmarks that include Big Ben in London and to the Pyramids of Giza and the Eiffel Tower.

Potential super fans of the game won’t have to worry about not getting their fix fast fast enough, either.

For a definitive list of all of Google’s past April Fool’s pranks and phony products, you can go to this comprehensive Wiki page. Highlights include: Google’s Wake Up Kit, Google Cow, and Google Voice for pets. 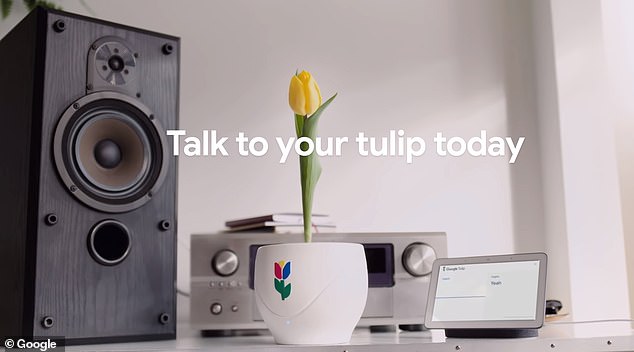