Pictured: a tricolour Tang figurine of a wine merchant from the central Asia civilisation of Sogdia. The merchant is depicted carrying a wineskin

The production and consumption of wine in China has a history that goes back to at least 7,000 BCE, with chemical analysis of Neolithic pottery from the Jiahu archaeological site in north China having revealed evidence for the fermentation of alcohol not only from grapes but also hawthorn, honey and rice.

In 1995, archaeologists excavating two settlements located near Rizhao City, in the Shandong Province found evidence for wine production there in around 2,600–2,200 BCE — with traces of wine found on seven different ceramic pots, along with the discovery of grape seed fragments.

By China’s Bronze Age, which began at around 2,000 BCE, grape wine had been supplanted by the consumption instead of other alcoholic beverages — these being made from millet, rice and sorghum, alongside fruits such as the Asian plum or lychee.

Grape wine would return to China by the end of the second century BCE, when the Han dynasty acquired grape seeds from the wine-loving kingdom of Dayuan (which lies in what today is the Fergana region of Uzbekistan).

The seeds were planted on imperial lands near the capital of Chang’an, with late Han scholars noting that the grapes were successfully made into wine.

During China’s Three Kingdoms era, the Wei Emperor Cao Pi (220–226 CE) was recorded to note that grape wine was ‘sweeter than the wine made [from cereals] using ferments and sprouted grain.’

‘One recovers from it more easily when one has taken too much,’ he added.

While grape cultivation would continue in the following centuries — most prominently in the north-western region of Gansu — wine production remained small-scale, leaving the beverage a relative exotic product.

In fact, it was not until the Tang Dynasty (618–907 CE) that the consumption of grape-based wine became more common in China.

Following the Tang conquest of the kingdom of Karakhoja (also referred to as Gaochang) in the Tarim Basin in 641 CE, China obtained both the seeds of an elongated grape known as ‘mare teat’ and a new method of wine making.

According to the poets of the time, wine produced in both the Western Regions  — specifically that of Liangzhou — and from Taiyuan in Shanxi Province were particularly valued. 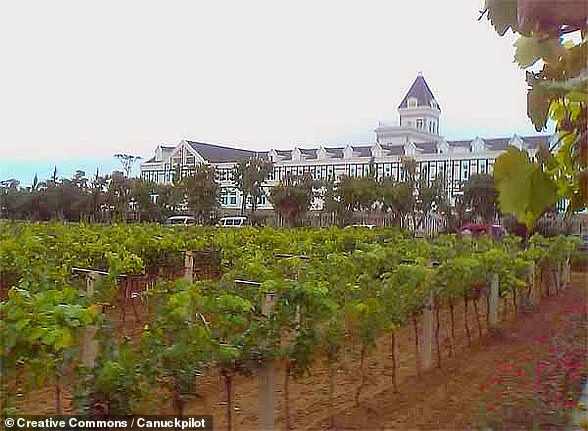