He has taken aim at those buying second homes in Britain – suggesting they are greedy speculators fuelling the housing crisis.

But the Archbishop of Canterbury was last night accused of failing to ‘practise what he preaches’ over a six-bedroom second home in France he keeps empty.

The Most Rev Justin Welby has a property in a remote hamlet in Normandy. His main home is his flat on the Lambeth Palace estate in London, where all Archbishops have lived since the end of the 12th century.

A spokesman for the clergyman yesterday insisted the arrangement was in keeping with his comments because the French retreat is the only property he owns.

The Archbishop of Canterbury’s main home is his flat on the Lambeth Palace estate in London (pictured), where all Archbishops have lived since the end of the 12th century

He has also been trying to sell it for five years. It was advertised online for rent for £1,200 a month in the run-up to Mr Welby’s enthronement as Archbishop in 2013.

The revelation comes after extracts from the 62-year-old’s book were published at the weekend.

In Reimagining Britain: Foundations for Hope, due out next month, he rails against those who buy other homes, accusing them of fuelling a ‘dysfunctional’ housing market and destroying a sense of local community.

Even ‘worse still’, he claims, are situations where ‘the owner has no intention of either living in or renting out the property’.

He writes: ‘In the owner-occupier market, if the UK is to build communities rather than simply build houses, we need to address the dysfunctions caused by ever-rising house prices and the consequent drive to own a home as an investment.’

He adds that the monetary value of a property has become more important than valuing it as a family home or place of shelter, adding: ‘This, in turn, drives the attraction of a second/third home purely for investment purposes and, worse still, the concept of “buy to hold”, (where the owner has no intention of either living in or renting out the property), which has been seen to some extent in London.’

It last night led to criticism of the Anglican leader’s Normandy arrangement. 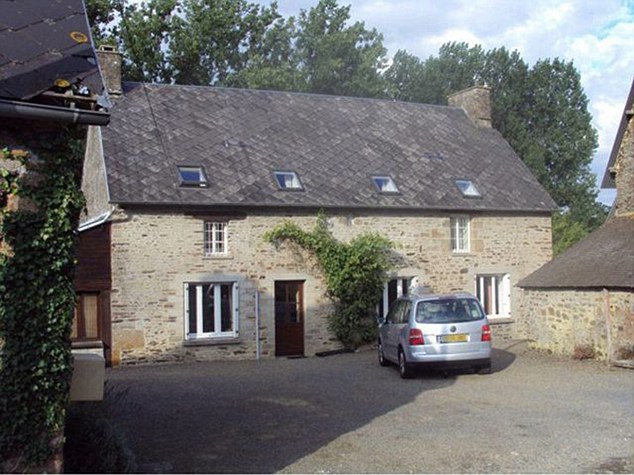 Tory MP Chris Philp said: ‘Simply, he should practise what he preaches.’

Completely restored in 1994, it dates back to the 19th century and also includes a two-bedroomed cottage. Mr Welby, a passionate Francophile, bought it decades ago while living in Paris with wife Caroline as a well-paid oil executive. A local estate agent said the spacious property is worth up to £250,000.

An online marketing advert in 2012 boasted the property has traditional features such as open fires, a full-size table tennis table in the conservatory and an outdoor dining area. It is said to be ‘30 minutes from the nearest beach’.

A spokesman for the Archbishop last night said: ‘The Archbishop does not own a second home. He owns one. They [the family] use it as much as possible as it is the one place they can escape and be very quiet.

‘They have lent the house out to friends who needed a break, especially clergy on low incomes, and to neighbours.’

Mr Welby also faced a backlash yesterday after saying Brexit has ‘divided the country’ and austerity has created a ‘schism’.

In an article called Brexit and a Broken Britain, the Anglican leader wrote: ‘Brexit has divided the country – and now we need a new narrative.

‘There is a danger that there is a schism in our society into which the most vulnerable are falling. Austerity is crushing the weak, the sick and many others.’

But one of the clergyman’s most powerful political interventions yet sparked firece criticism. Former Ukip leader Nigel Farage said the Archbishop should stop ‘talking down’ the country. One Twitter user posted: ‘I just can’t stand this man’s high and mighty narcissistic superior knowledge of everything.’