Thousands of successful men and women are living the lives they’ve always dreamed of – but in many cases, they’re living that life alone.

So why do so many successful men and women struggle to find the ‘one’?

To offer some insight, Perth-based Millionaire Matchmaker Louanne Ward recently teamed up with New York life coach, Guy Golan and discussed some of the biggest mistakes professionals make in the dating world.

Mr Golan, who specialises in coaching the spouses of high achievers and Ms Ward, who helps high achievers find love, both agreed that high-wealth individuals do face a number of challenges – particularly women. 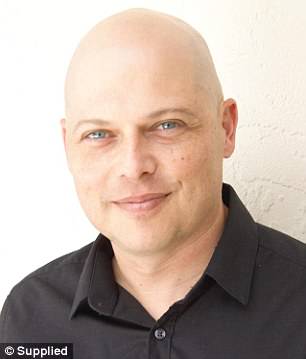 ‘A lot of women have been brought up with the perception that they can’t rely on a man to provide for them so they are high achievers,’ Ms Ward said.

‘They get out and they don’t have a lot of experience in dating in their 20s because they are concentrating on schooling and their careers.

‘Then they get to their 30s and mid 30s and want to meet a partner and by that time they have achieved a great deal of success and trying to connect with someone is a massive challenge for them.’

Ms Ward said in many cases women establish their careers, travel and get their finances in order before beginning to look for love. 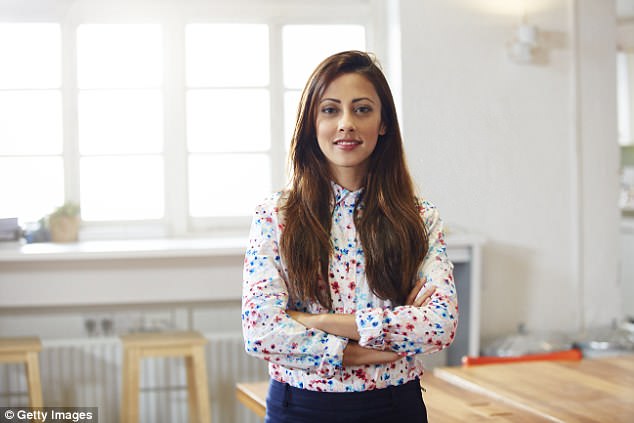 One of the biggest issues, according to Ms Ward, is that women are often coming up with excuses as to why they are single – and commonly put it down to being ‘intimidating’

Do you think it is harder for ‘successful’ people to find love?

‘They have everything they want – a beautiful home, a great career, great friends – but their friends are starting to drop off so the pool of potential circles where they could meet people all starting to get married and settle down,’ she said.

‘All of a sudden the network starts dramatically reducing. With that, the expectation of meeting a partner starts increasing because you are starting to feel left out.’

Mr Golan added: ‘As you climb up the career ladder it just doesn’t look good that you are single anymore because people at that stage are typically married and have children.’

One of the biggest issues, according to Ms Ward, is that women are often coming up with excuses as to why they are single – and commonly put it down to being ‘intimidating’. 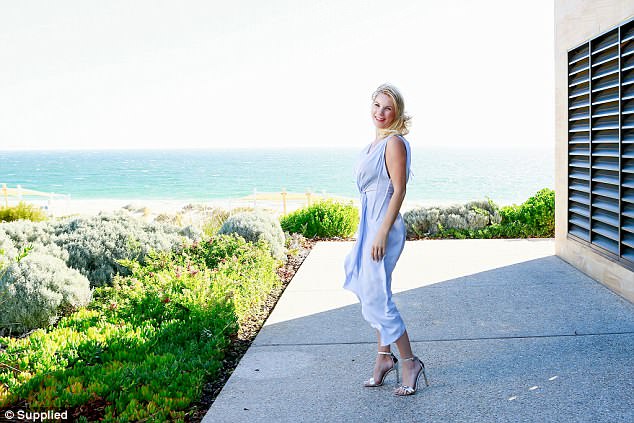 ‘They try to come up with a reason so what their friends and family do is they say “They are intimidated by you”,’ Ms Ward (pictured) said

What do successful men and women want in a partner?

What a woman will look for – and men and women are very different – is someone who is a higher achiever than herself, more accomplished, more successful, more intelligent or whatever it might be because she feels that she needs the alpha male because she is so successful.

The opposite comes into play for a man. A man doesn’t look for that. A man looks to complement himself on the opposite. So it is the expectation quite often that stops a successful woman finding someone.

‘They try to come up with a reason so what their friends and family do is they say “They are intimidated by you” or “You don’t need a man” – particularly if you happen to be beautiful you are labelled as men finding you intimidating,’ Ms Ward said.

‘The real reason women stay single is because their expectation of what they are looking for in a partner is skewed towards what they feel they need.

‘I did a survey and I asked men what character traits they found most attractive in a woman. The number one was intelligence followed by playfulness, vulnerability and femininity.’

Ms Ward said opposites are key to finding success and men and women should stop trying to ‘date themselves’.

‘If you don’t have opposites you are living a one sided relationship, there is too much competition and one will overshadow the other,’ she said. 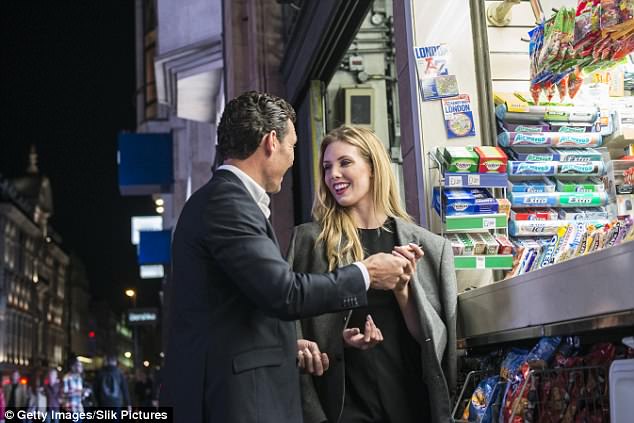 Mr Golan has seen marriages break down many times due to people dating within their own professions.

If you don’t show any kind of space for a man to take care of you, they will leave and find someone else.

‘A lot of the time they will end up marrying someone in their own professions. This puts a lot of strain on marriages because there are not enough resources in the home to bring the balance, to raise the children, to take care of simple things like paying the mortgage, buying milk and doing the lawn,’ he said.

4. A sense of humour & confidence

Others: Sex drive and vulnerability

Others: Sex drive and respect 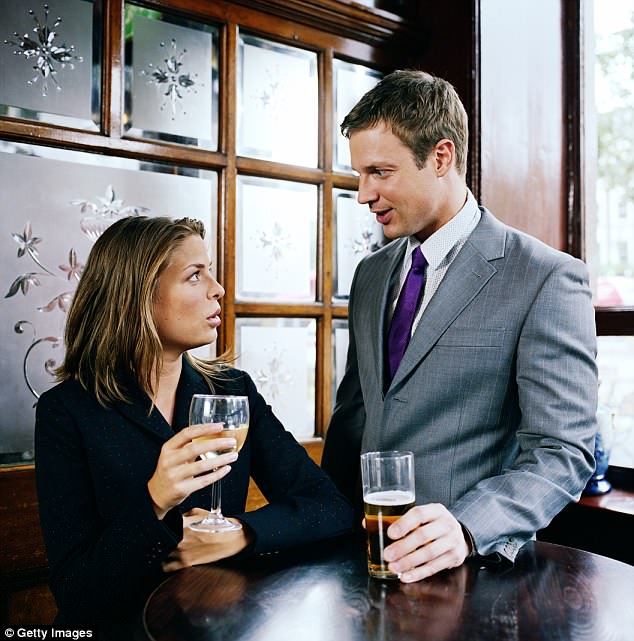 Ultimately, Ms Ward said successful men and women need to stop trying to date themselves and think carefully about their expectations

‘It becomes a commodity. You shouldn’t have to compromise. When we compromise we become resentful because we store it in the little bank. It’s got to be a fair exchange. When you compromise your values to suit somebody else you will breed resentment and this is when arguments happen,’ she said.

Ultimately, Ms Ward said successful men and women need to stop trying to date themselves and think carefully about their expectations.

‘Stop trying to find a man that is like you that is successful and powerful and intelligent and beautifully groomed and all these wonderful things that you are,’ she said.

‘Take away the expectation that the man needs to be like you. Let a man be a man and let him have his masculine space. If you don’t make room for a man in a relationship he’s not going to feel like he is needed anywhere. 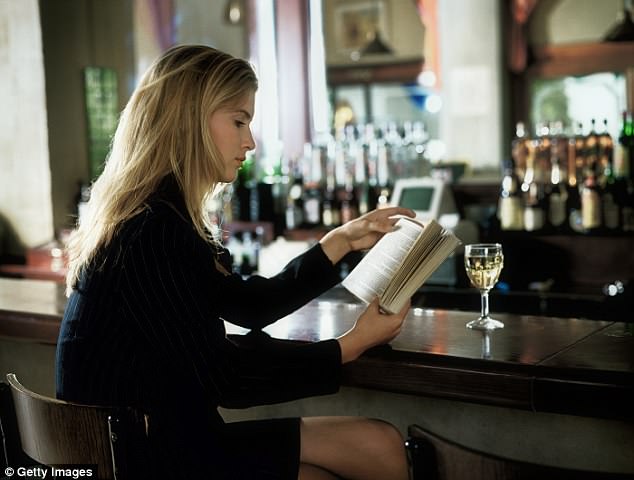 ‘Let a man be a man and let him have his masculine space. If you don’t make room for a man in a relationship he’s not going to feel like he is needed anywhere,’ Ms Ward said

Mr Golan concluded by saying that people need to see finding love as a ‘form of a job’.

‘It requires commitment, consistency and hard work. Nobody is going to come and fall into your life – it’s going to require a lot of self consciousness, a lot of self reflection about who you are and what you are looking for and identifying those characteristics in the person you are seeking,’ he said.

‘Nobody is out there is perfect and we all come with our own set of limitations. Try and identify the values that are most important to you.

‘It is going to be the most important decision of your life so do it in a thoughtful and meaningful manner.’