Are the walls crashing down on the cheap online estate agent boom?

Online estate agents promise to sell our homes quickly, easily, and at a fraction of the cost of their High Street rivals.

But, as thousands of us put our homes on the market this summer, some internet agents are struggling, their share of the market has stalled, and complaints are rising.

Traditional High Street agents can charge commission on up to 3 per cent of the sale — £6,780 on today’s £227,000 average house price. The new breed of online agencies offered to slash the cost by thousands of pounds with a range of basic fees that can be paid upfront or down the line.

Not such a good deal: The new breed of online agencies offer to slash the cost by thousands of pounds with a range of basic fees

But Money Mail has found that many of their deals are not as sweet as they seem — and many will still charge you even if they don’t sell your home.

So would an online estate agent work for you?

Experts say some internet agents are little more than ‘call centre’ staff that simply list your property online — leaving you to do all the work, from taking photographs, to conducting the viewings and handling negotiations.

Online agent Emoov, which has since relaunched, went bust late last year, while shares in Purplebricks plunged earlier this year after it slashed its sales forecast and announced that two top executives were leaving.

Meanwhile the Property Ombudsman received 398 calls about online estate agents last year compared to 244 the year before — a rise of 63 per cent.

Typical gripes were around transaction handling, fair treatment and problems with timescales.

Internet agents made 20,775 house sales last summer — 7.6 per cent of all exchanges. But the latest stats from data firm TwentyCi, for the final quarter of 2018, show their share of the market has fallen to 7.2 per cent.

Buying agent Henry Pryor says he often hears complaints that online firms are only available via email and do not have knowledge of the property or area to add value to the sale process. He says: ‘The ones I am unimpressed by could be more accurately described as ‘call-centre’ agents perhaps, and their business model seems to be more of a listing service than a selling job.

‘In a strong seller’s market, slapping an advert online and sitting back waiting for the phone to ring often worked, but in a tougher market, houses need to be sold and selling takes time and effort.’ Yet the no-frills approach of online estate agents might work for sellers in certain homes. And if you live in a big city or development where property demand is high, a buyer might not be too hard to find.

Rosalind Renshaw, the editor of Property Industry Eye, says online estate agents may suit confident sellers who are able to conduct their own viewings, negotiations and push the sale through.

Yet some buyers, she says, prefer to be shown around the property by an agent rather than the owners, who are more attached. She also says that progressing the sale is the real challenge.

She adds: ‘Getting the initial offer is the easy bit. It is the getting the sale over the line that is more difficult.’

WHAT THE RIVAL FIRMS ARE OFFERING 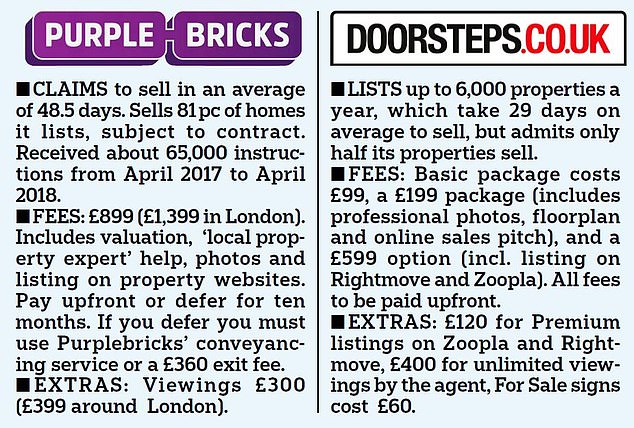 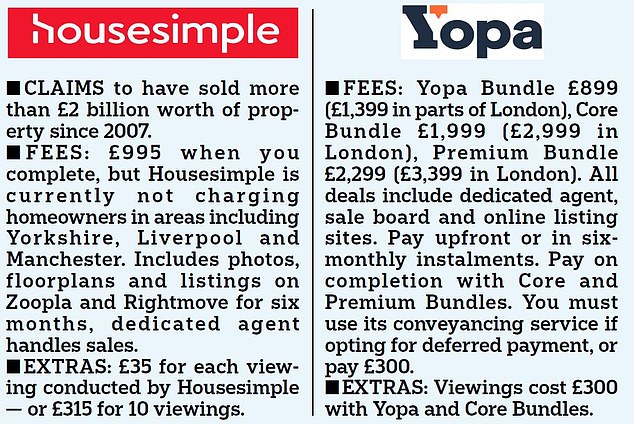 James Bunker, head of property at solicitors Vardags, says online estate agents do provide a much-needed and much-wanted service to sellers around the country.

He says they tend to attract sellers with properties in the mid-to-lower end of the property market, while those with higher value homes, quirky or unusual properties tend to favour traditional estate agents with expert knowledge and experience at marketing and negotiating. He adds: ‘It is a fallacy that such knowledge and skills do not add value in all property transactions, but never more so than when it comes to prime central London, and similar prime areas around the country.

‘Selling a property often involves a person’s most valuable asset, and entrusting it to someone other than an expert is something that should be done with caution.’

‘For most people, their home is their biggest asset, so it’s crucial they spend time researching the best option.’

COULD THEY SELL YOUR HOME?

David Withers, a retired kitchen designer, says he saved more than 60 per cent in fees with online estate agents. 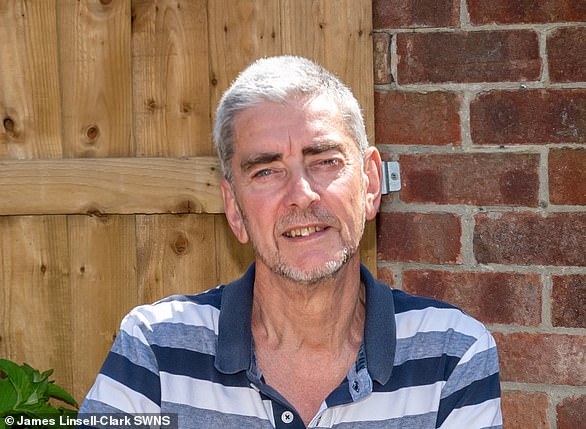 Last May, Tepilo merged with Emoov — which went bust in December. In January, David signed with Property Eagle, which offered Emoov customers a special deal at £99 for six months of sales work. The firm usually charges £399 upfront or £999 on completion (plus VAT).

David, who lives in Linton, Cambridgeshire, with his wife Lynda, 65, says: ‘Someone would always get back to me — even when they had finished for the day and at weekends.’

Property Eagle listed the property at £205,000, managed the visits and correspondence.

Yvonne and David Filby did not have a single viewing after signing with Purplebricks last August. They were told eight people had made appointments to view their two-bed bungalow in Strood, Kent — but all cancelled.

The couple, who are pensioners, plan to move closer to their daughter in Northampton. 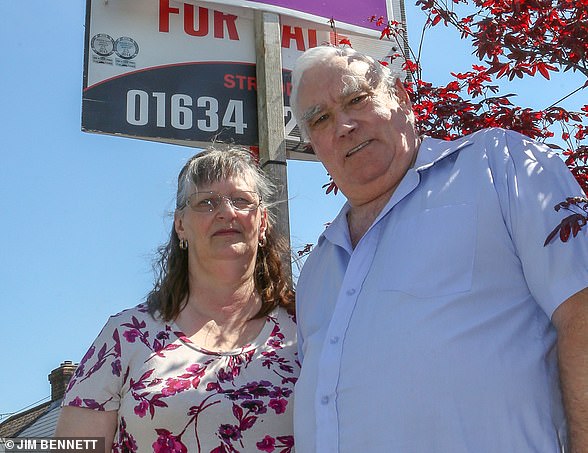 No show: Yvonne and David Filby did not have a single viewing after signing with Purplebricks last August

They have since hired a local estate agent, which charges 1 per centcommission, and have had five viewings since December.

A Purplebricks spokesman says: ‘The vast majority of our customers sell quickly and give five-star feedback, but there will always be a few properties which are harder to sell.’