Are we on the brink of a new Tiananmen Square horror?

For Hong Kong residents, the signs are heart-stoppingly ominous. According to U.S. intelligence services, Chinese troops are being moved to the border and tanks are ready to roll.

In the city of Shenzhen, less than 20 miles from the former colony, large numbers of paramilitary forces have been filmed assembling in a sports centre. Last week, 12,000 soldiers were filmed on ‘exercises’, with armoured personnel carriers, helicopters and amphibious vehicles.

Donald Trump has tweeted warnings of an imminent Chinese invasion, and the EU’s Committee on Foreign Affairs agrees that ‘something extraordinarily bad is about to happen’.

But you don’t need to be party to CIA or MI6 briefings. Communist China’s own news outlets have been unusually frank, showing extensive footage of the build-up.

Donald Trump has tweeted warnings of an imminent Chinese invasion, and the EU’s Committee on Foreign Affairs agrees that ‘something extraordinarily bad is about to happen’ (pictured: Tiananmen Square, June 5, 1989)

Everything points to the mother of all crackdowns as Beijing finally loses patience after ten weeks of high-profile unrest, protest, riots and sit-ins at Hong Kong’s airport over China’s increasing interference in Hong Kong’s affairs.

Chinese TV has also been broadcasting the protest, highly selective images no doubt, but well-chosen to stir up public opinion against the demonstrators, with words such as ‘treachery’ and ‘terrorism’ bandied about.

Even in a dictatorship, you need propaganda to energise the people and soldiers against the enemy.

All of this is geared to send the sharp chill of anticipation of a horrific showdown. It is obvious any ‘police action’ by the Chinese military will make Hong Kong’s riot police look like the bobbies trained by Dixon of Kowloon Green.

There is a grim sense we have seen this all before. Think back 30 years when huge crowds besieged the Communist Party leaders in the Chinese capital.

For weeks in June 1989, Tiananmen Square was filled with young people denouncing the country’s leaders as corrupt tyrants and calling for freedom and democracy.

And for more than two months the Communist leaders appeared to the world as dithering old men, bewildered by the scale of the demonstrations. But then they struck back with brute force and snuffed out the protests ruthlessly.

Afterwards, when asked to confirm 3,000 deaths in Tiananmen at the hands of the People’s Liberation Army, China’s supreme leader, Deng Xiaoping commented coldly: ‘You must remember in this country, a million is not a big number.’

It is Deng’s proteges who are in power in China today. It is President Xi Jinping and his cohort who are orchestrating the alarming coverage of Hong Kong’s crisis across China — the protests and the possible military response. It is intimidating and it is meant to be. But intimidation and intervention are two different things. 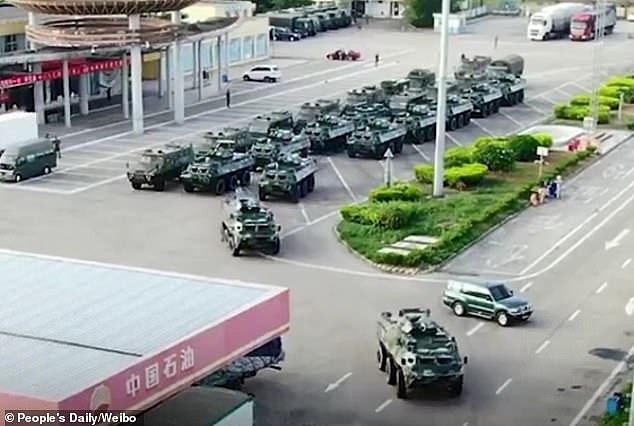 What Beijing wants most is for the protesters to back down without its involvement, not least because October 1 sees the 70th anniversary of the founding of the People’s Republic of China. Bloodshed on Hong Kong’s streets would not sit well with this celebration. Unlike 1989, China’s Communist leadership is not directly threatened by the protests 1,200 miles away, nor are there signs of the dissident ‘contagion’ spreading to the mainland.

Indeed, what the Hong Kong protesters are doing is playing into the hands of Xi. They emphasise they are not Chinese. They prefer to speak Cantonese rather than the official Mandarin of Beijing.

Many have Christian names rather than Chinese first-names. More strikingly, they carry signs in English proclaiming ‘Hong Kong is not China’, and they wave the Union Jack and the Stars and Stripes.

On one level this is deeply provocative to Beijing. Nostalgia for the colonial era is an outrage to China’s dominant nationalist mindset.

But precisely because the Hong Kong protesters make so much of their non-Chinese identity, their message about democracy and human rights isn’t filtering through to their counterparts in China. 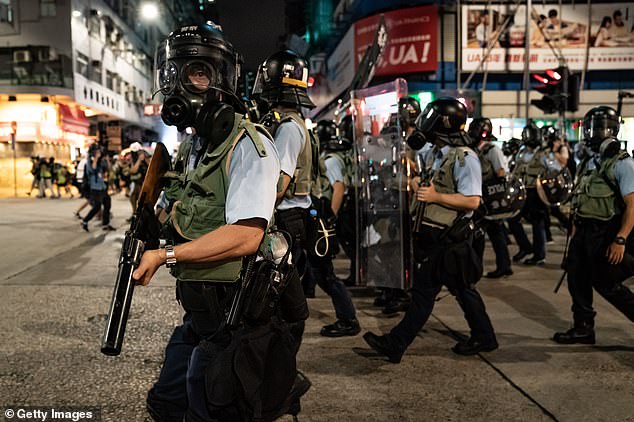 Last week, I was talking to Chinese students about their country’s relations with the West. The Hong Kong protests were on their radar, but they showed little sympathy for their contemporaries. They saw them as seeking to seperate the city from the motherland.

So if Hong Kong’s protesters are perceived as anti-Chinese rather than pro-democracy, much of the sting in their protests is drawn from Beijing’s point of view.

While it will use force to keep Hong Kong under the red flag, the regime can live with some free speech as long as there is no threat to the stability of Communist China itself.

There are other considerations, too, for China’s leaders. Certainly moral constraints about the use of force don’t count for much — Chairman Mao used to boast ‘Kill one, frighten ten thousand’ — but they know the potential cost of sending in an army into Hong Kong. They would be seen as the invaders and could provoke urban guerrilla warfare.

That would shatter the economy of Hong Kong, an important financial hub for the East and West, and unleash a tsunami of bad blood to further swamp China’s reputation.

Its global trading partners would be incensed by the human cost and the implications for doing business there. 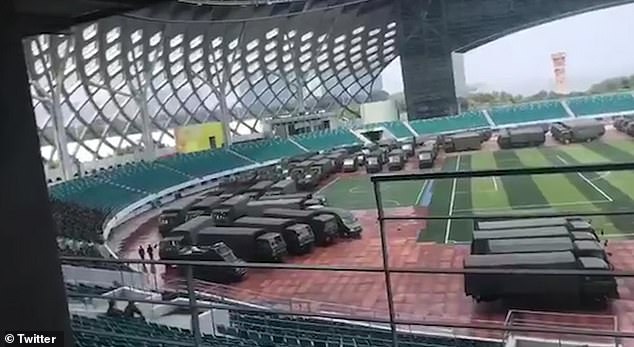 Many investors in China prefer to use Hong Kong-based contracts because they are still regulated by a British-style legal system, not China’s courts which must bow to the Communist Party when it wants a particular verdict.

And, one shouldn’t forget, well-connected Party members make fortunes out of foreign trade. An economic slowdown is the elite’s biggest fear. If Communist China found itself in a capitalist recession, people across the mainland could get restive. Right now, President Xi cannot risk more economic woe.

There is already the on-going trade war triggered by President Trump and the prospect of even greater tariffs on Chinese imports to the U.S. At the same time, China’s export-led growth has been slowing fast.

In July, it slumped to less than five per cent — it needs much higher growth to fuel its investments at home and abroad.

So the regime’s economic self-interest, combined with lack of empathy among mainland Chinese youth for what is happening in Hong Kong, ironically offers a glimmer of hope despite the military build-up. Keeping China prosperous means letting Hong Kong’s liberal ways flourish.

While the historian in me knows many rulers have acted rashly in order to quash dissidence, the cynic in me says Chinese leaders are too smart to court economic disaster while the Hong Kong protesters remain a remote nuisance.

It may not sound heroic, but Hong Kong’s best chance of preserving its freedom depends on the ruthless self-interest China’s Communists have in not killing the goose which lays their golden eggs.