Argentina got their World Cup qualifying campaign off to the perfect start on Thursday when Lionel Messi’s early penalty gave them a 1-0 win over Ecuador in a lacklustre match in Buenos Aires.

The Argentine FA piped fan noise around the empty Bombonera stadium and the chants of ‘Messi! Messi!’ were vindicated as early as the 12th minute when he put Argentina ahead from the spot after Lucas Ocampos was fouled inside the penalty area.

Argentina had lost just one of their last eight World Cup qualifiers against Ecuador and although they could not add to the scoreline they never looked in danger of losing in a scrappy game against limited opponents. 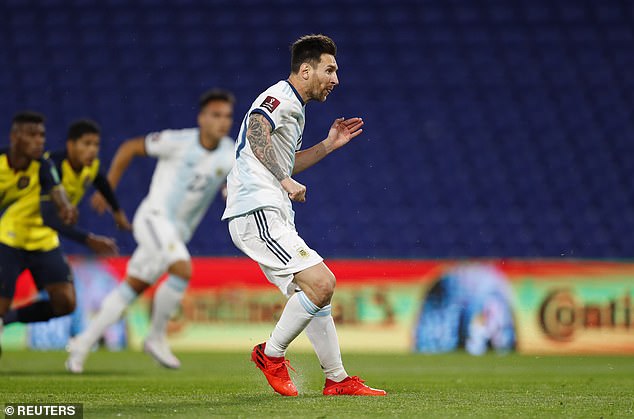 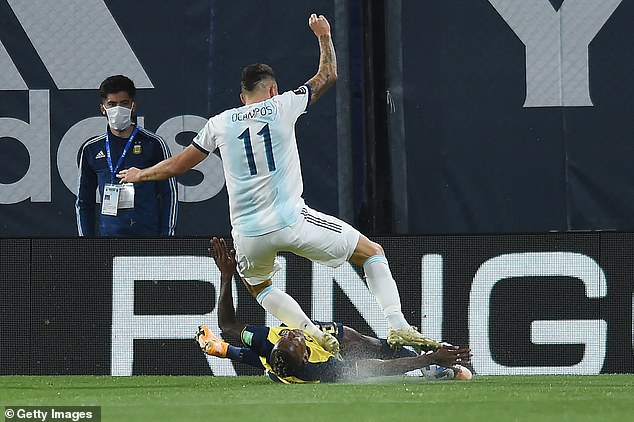 ‘It was important to start with a win because we know how difficult the qualifiers are and all the matches are going to be as hard as this one,’ Messi said.

With the South American qualifiers twice pushed back from the scheduled start in March, it was almost a year since either team had played a full international fixture and Messi said that inaction contributed to the poor spectacle.

‘We hoped the level of play would be different but it has been almost a year since we played together, this was our first game back and the nervousness makes it complicated,’ the Barcelona striker said. 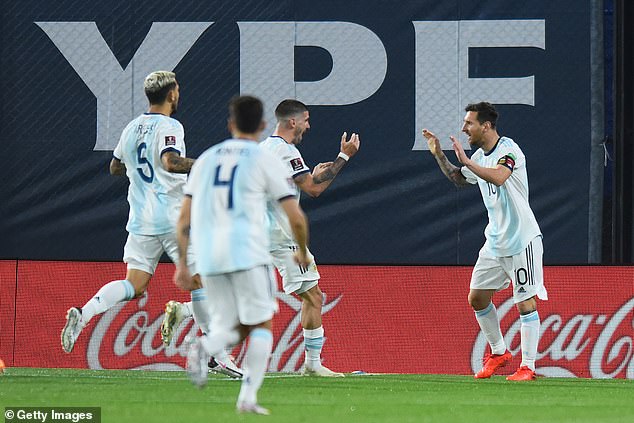 Messi, who endured a chaotic summer with Barcelona, celebrates with his team-mates 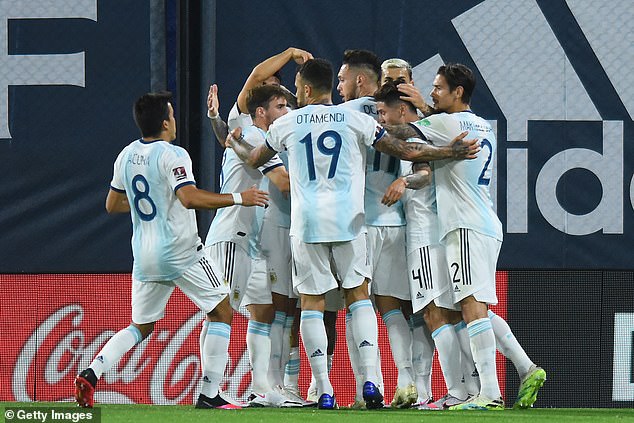 The three points, however, were more than welcome for a side that hasn’t won a major title since lifting the Copa America in 1993.

The win, which extended Argentina’s unbeaten run to eight games under coach Lionel Scaloni, was also positive given that seven of the starting line up had never played a World Cup qualifier previously.

Argentina’s next game is on Tuesday against Bolivia in La Paz, while Ecuador return home to face Uruguay, who beat Chile 2-1 in their opener earlier on Thursday, the same day.

The top four teams in South America’s 10-team group qualify automatically for Qatar 2022 and the fifth-placed side goes into an inter-regional playoff. 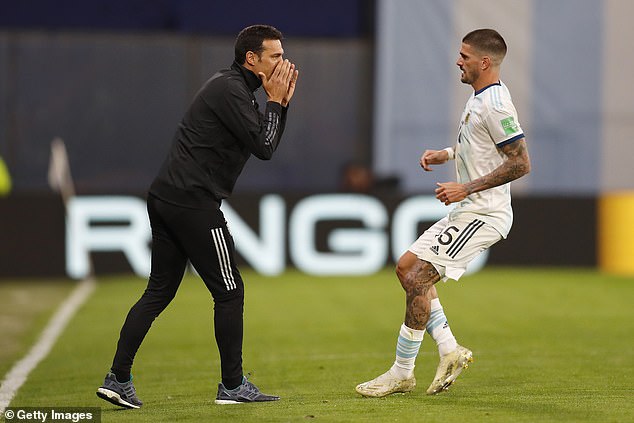