‘Messi, Messi,’ chanted the Levi’s Stadium, after Ever Banega put Argentina two goals up. They should have been chanting for Angel di Maria.

With Barcelona’s No 10 sidelined, all the discussion before the game surrounded whether Nicolas Gaitan would be able to replace him, but it was the PSG winger who stood up and shouldered the weight.

His dazzling display helped Argentina gain some semblance of revenge for their defeat in last year’s Copa America final by Chile, scoring the opener and setting up Banega for the second. 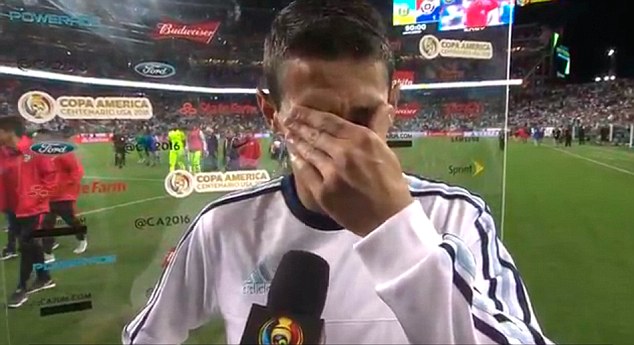 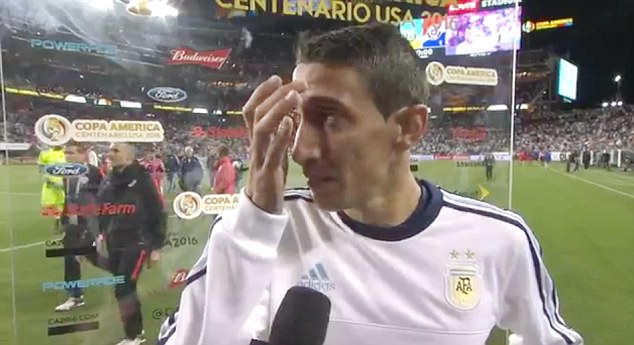 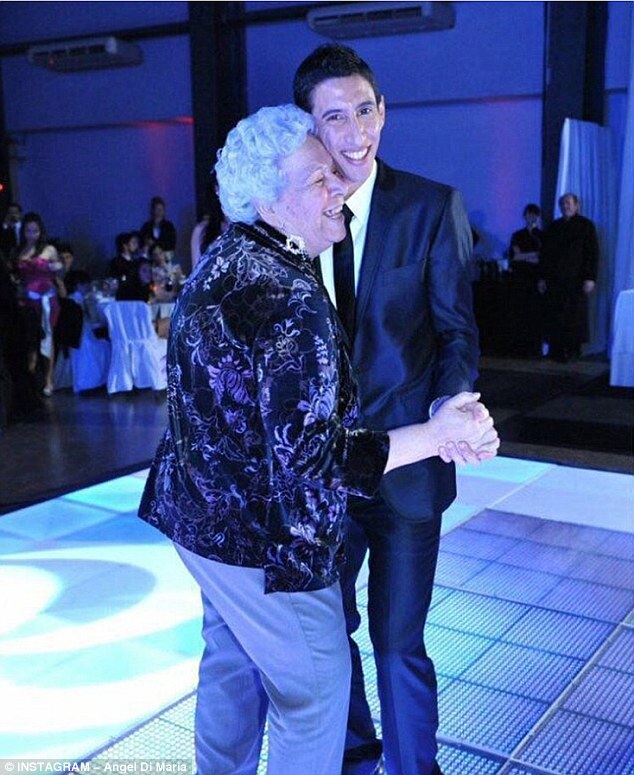 Di Maria posted this on Instagram before the game and wrote: ‘Cute little old lady, rest in peace next to your old man. Thanks for letting me inherit these values, took with my head held high. I love you with all my heart!’ 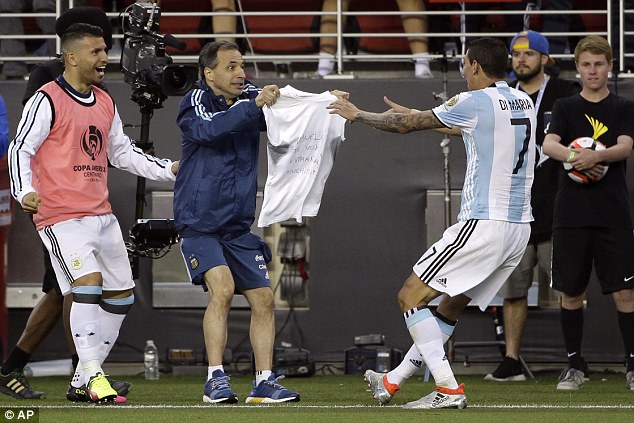 Di Maria is handed a shirt with the message ‘Granny, I will miss you so much’ written on the front of it 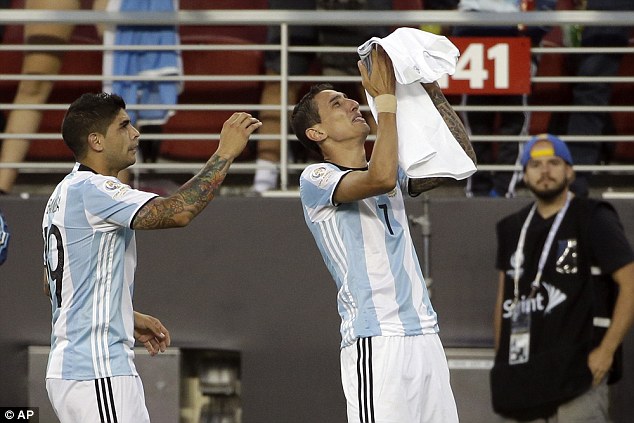 Di Maria celebrates his goal against Chile by paying tribute to his grandmother, who died before the match 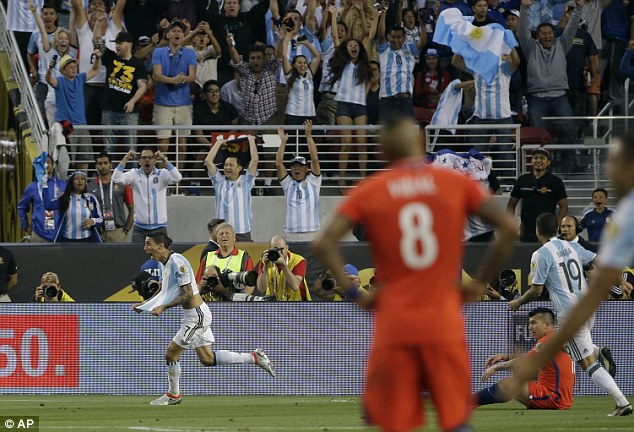 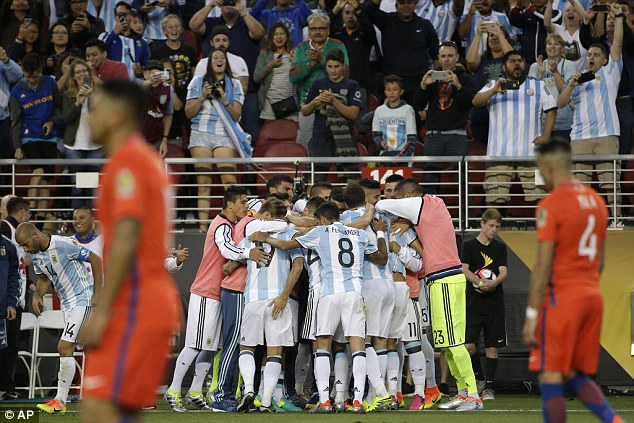 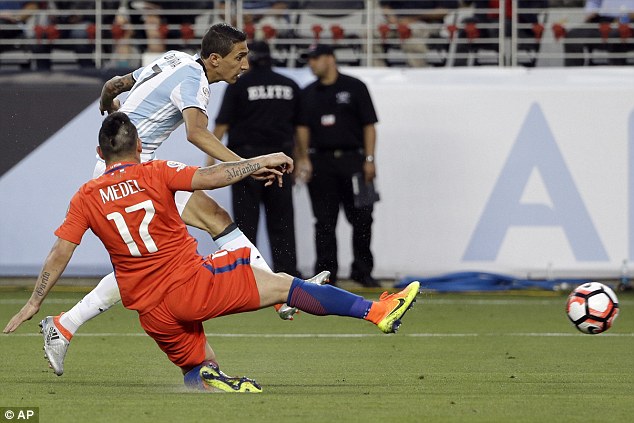 In an interview after the game Di Maria cried, thanking his mother and his aunt for their support – his grandmother had died in the hours before the game.

He paid tribute to her with a message on his shirt revealed after his goal. ‘Granny, I will miss you so much.’

‘I wanted to play, my grandmother was so proud that I played for the national team,’ he said on television, in tears, after being awarded the man of the match award.

The first half had been high-velocity and hot-tempered, in many ways a classic South America clash, on North American soil.

With Messi out of the picture, Gaitan began in his position and nearly helped Argentina to the perfect start. Di Maria supplied a perfectly flighted ball from the right and the Benfica midfielder’s header clipped the top of the crossbar. 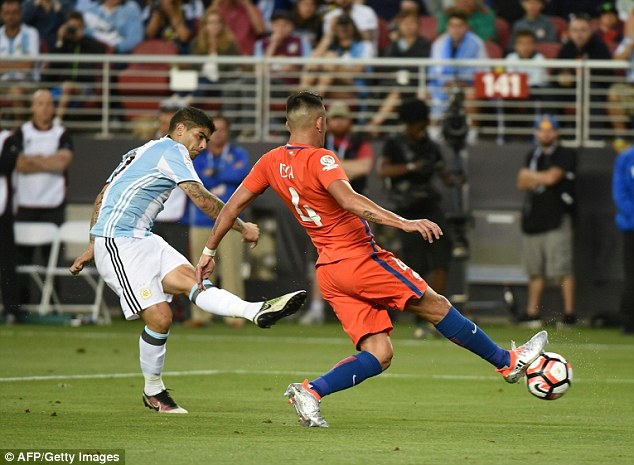 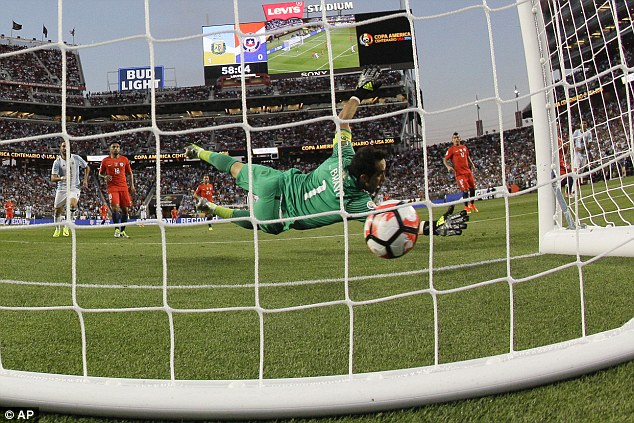 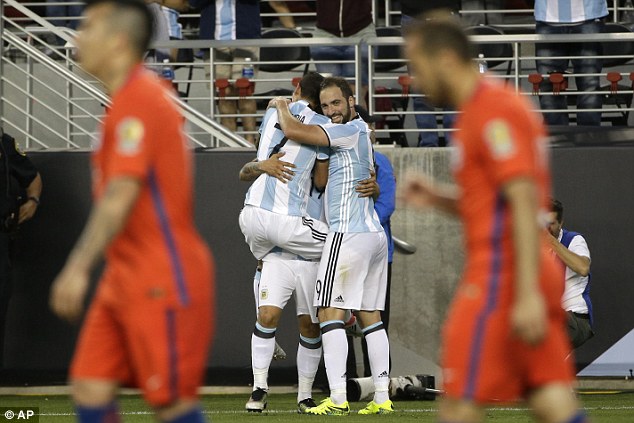 Banega, Di Maria and Gonzalo Higuain enjoy a group hug after the midfielder’s goal made it 2-0 on the night

The next chance of the game fell to Di Maria, whose snatched shot from the left wing flew wide of the right-hand post. Argentina were on top, but Chile were mostly containing them well.

Arturo Vidal went into the book for a needless, aggressive hack on Gaitan, perhaps giving him the treatment Messi would have had if he had been on the pitch. It’s become something of a trademark for the Bayern Munich man, who sometimes struggles to contain himself on the big occasions.

Despite the pressure from Argentina, the best chance of the first half fell to Chile. Ramiro Funes Mori’s mistake was nearly capitalised on, but Alexis Sanchez’s effort from 18 yards was too close to Sergio Romero, who made a stunning save to deny the Arsenal forward. 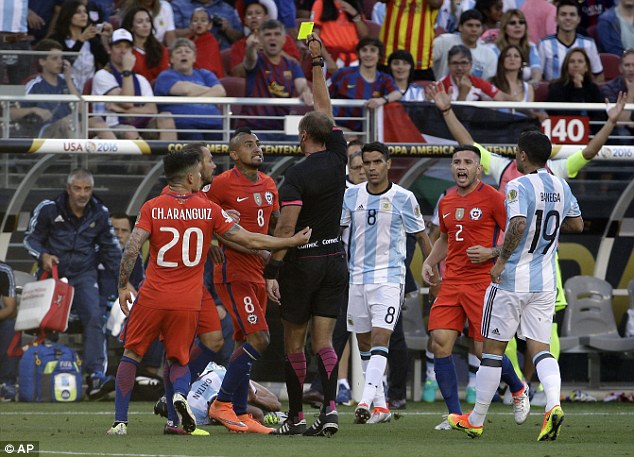 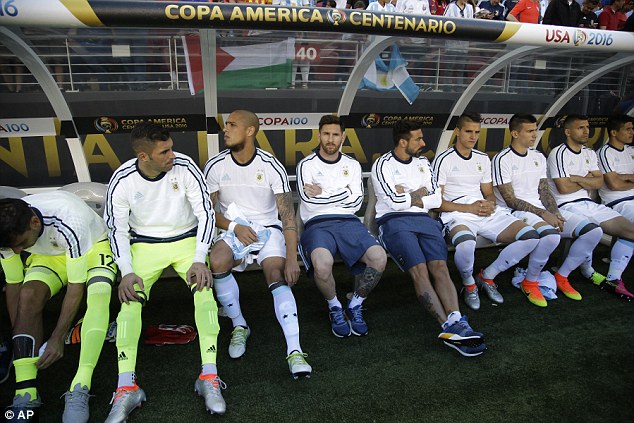 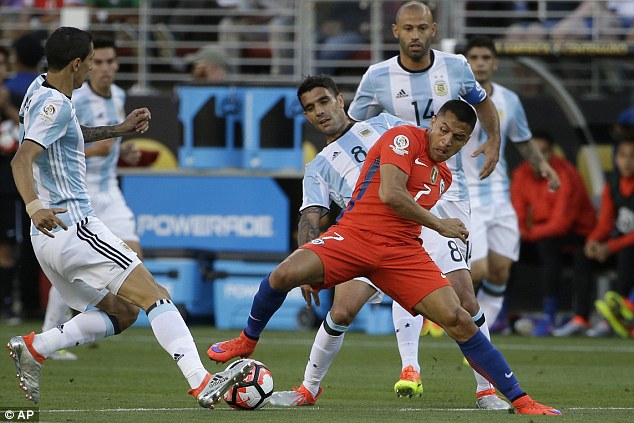 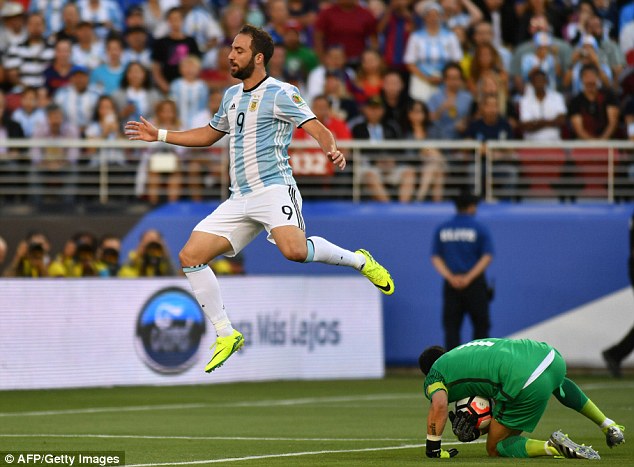 Gabriel Mercado slashed a volley over the crossbar before the interval, and the troublesome Gaitan was targeted before the stoke of half-time, with Mauricio Isla going into the book for dragging him down.

Argentina came out flying in the second half and it took just six minutes to open the scoring. Banega drove through the middle before playing the former Red Devil in down the left, and he fired low past Claudio Bravo at his near post.

It was a well-taken goal for a player who has sometimes flattered to deceive for Argentina. Not tonight, though.

Di Maria turned provider for the second goal, working his way through Chile’s defence and feeding Banega, who fired past Bravo at his near post, this time with the aid of a small deflection.

When he was withdrawn with 10 minutes to go the crowd offered him hearty applause, but the thirst to see Messi was not quenched. They still bayed for Argentina’s star man, but when Matias Krannevitter came on for Gaitan, there were grumbles and some started to shuffle out. 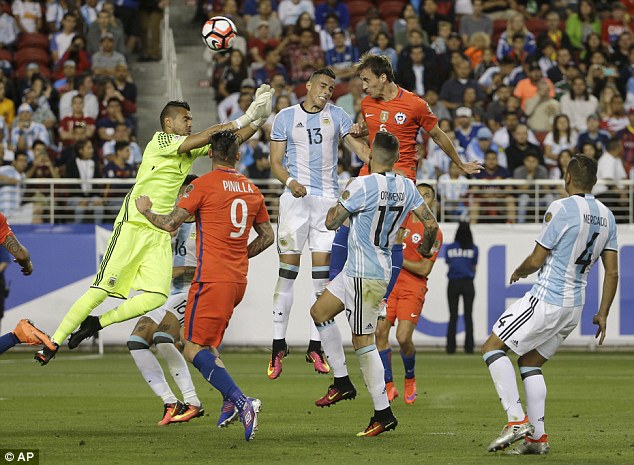 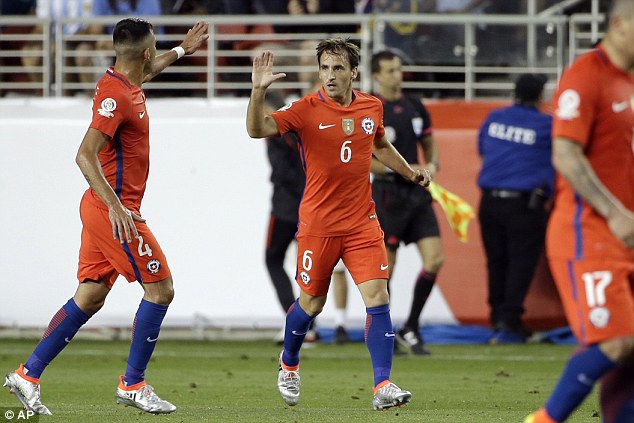 Even when Di Maria was announced as man of the match, the chant went on – ‘Messi, Messi’. It will be the same on Friday night when they face Panama in their next game, whether the five-time Ballon d’Or winner is playing or not.

It was a near perfect second-half display by Argentina, but it was tainted in stoppage time at the end when Romero came for a ball that he shouldn’t have, and substitute Jose Fuenzalida headed into the empty net.

That’s something for Tata Martino to work on, but he will be thrilled by how lively Di Maria was on the left and how his team vanquished Juan Antonio Pizzi’s side in the second period after they put in a stubborn display in the first half.

Argentina came into the Copa America Centenario as favourites because of Messi, but without him they continue holding that title.