At times it has felt like the Copa America Centenario was created specifically for Lionel Messi.

From the marketing power he has to the way the stadiums Argentina play at are in his thrall, even when he’s not on the pitch, to the fact that this represents the best chance he has left to win a major trophy with his country.

To the point that a clearance by Panama, ricocheting violently off of Gonzalo Higuain’s face, just fell perfectly for Messi on the edge of the box. 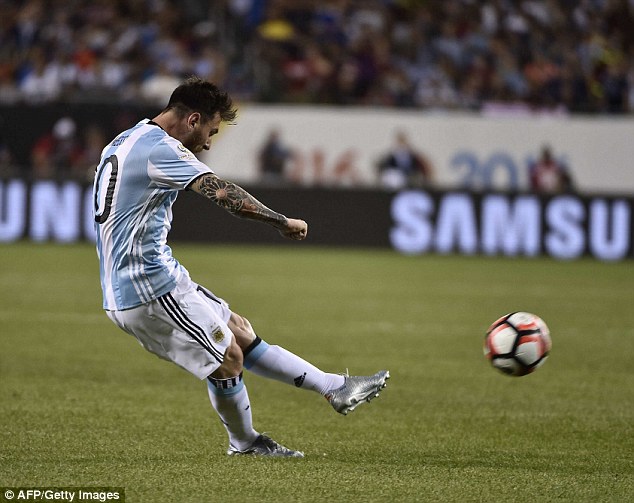 Messi scored his second goal of the night with a stunning free-kick, not long after coming off the bench 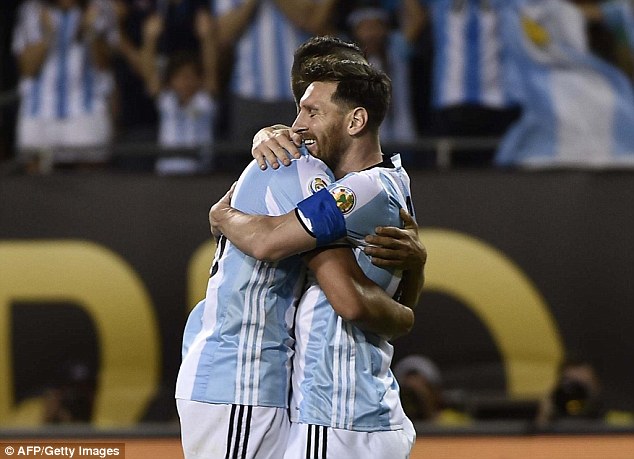 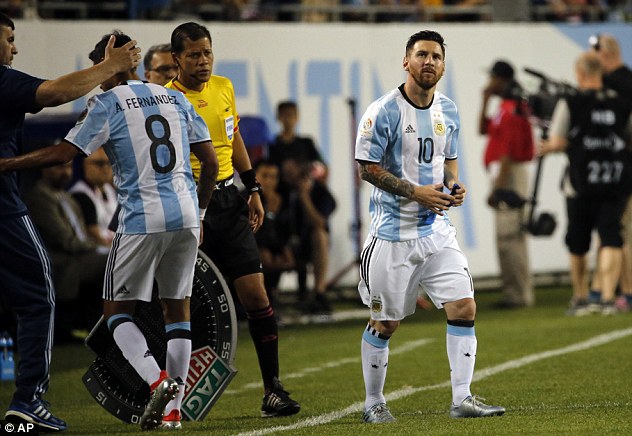 One touch to set himself, another to curl it home, and seven minutes after he was brought on for Augusto Fernandez, Messi was on the scoresheet.

Argentina were in need of another goal to settle themselves, with Panama starting to ask questions of them at the back and threaten their one goal advantage. Messi delivered it.

And then, he delivered again, ten minutes later, executing a perfect free-kick to score his second of the game.

And again, three minutes before time, completing his hat-trick after confusing Baloy with quick footwork in the box and burying it beyond Jaime Penedo. Three goals in 19 minutes.

And, yes, once again, splitting Panama’s defence with an exquisite pass which Marcos Rojo nodded back for Sergio Aguero to ram home to seal the victory and Argentina’s qualification for the quarter-finals. 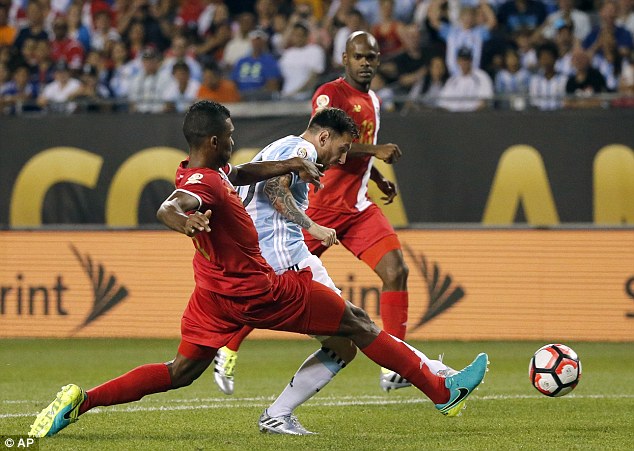 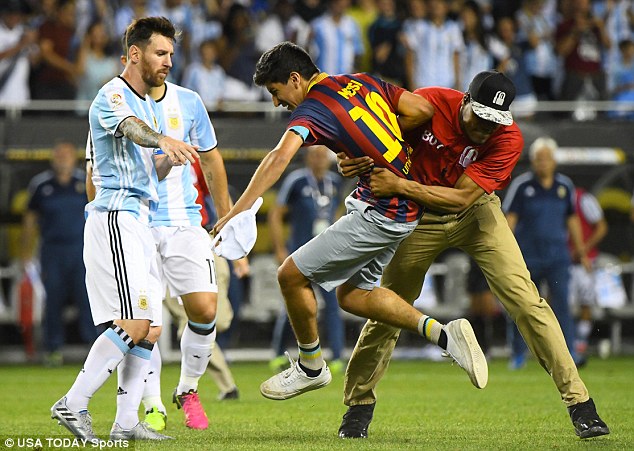 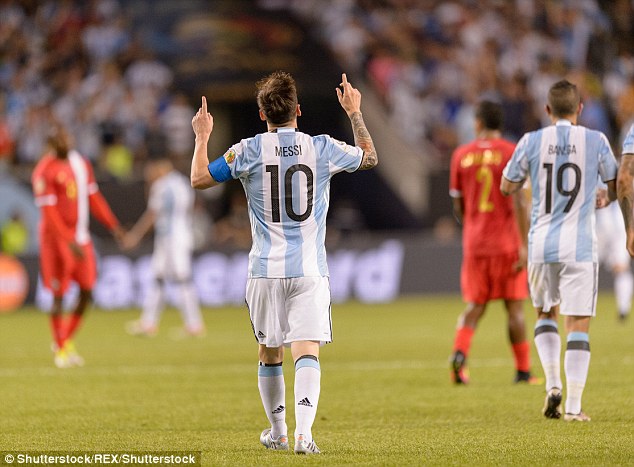 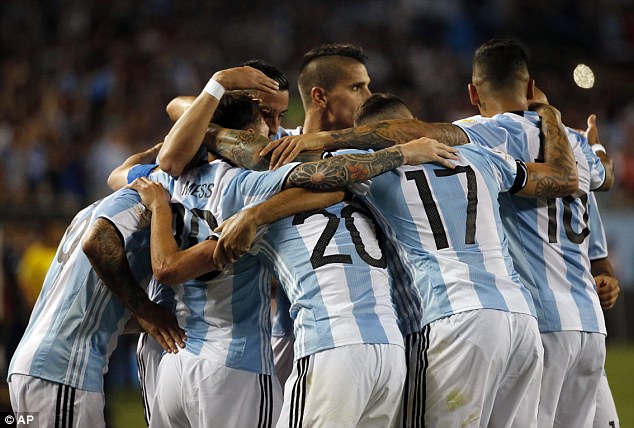 ‘If Messi is inspired, he can kill anyone,’ said Panama coach Hernan Dario Gomez before the game. And doesn’t he just know it.

It had taken just seven minutes for Argentina to take the lead. Angel di Maria, who was the Albiceleste’s best player against Chile in the first game, whipped in a perfect free-kick from the left and Nicolas Otamendi stretched to head home, free of any Panama markers.

Blas Perez, the most talented player on their team, had been booked for needlessly fouling Javier Mascherano for the set piece that led to the opening goal, and he was soon joined in the book by Felipe Baloy and Anibal Godoy. 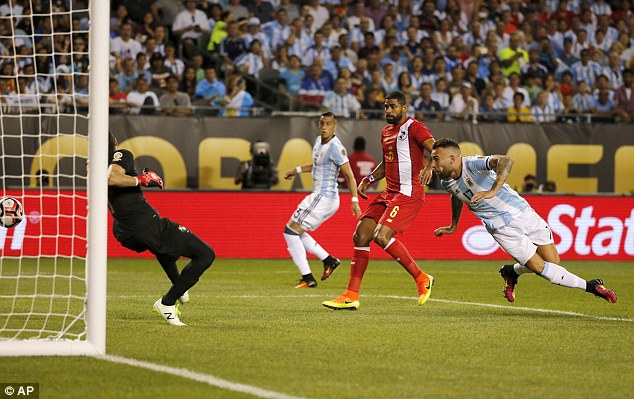 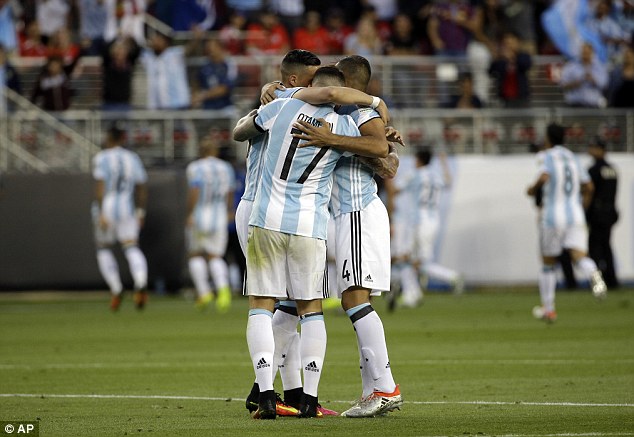 The latter was soon in trouble again, hitting Nicolas Gaitan in the face with his arm and receiving a second booking from referee Joel Aguilar, followed by his marching orders. The referee produced the yellow card, dropped it, but without batting an eyelid produced a second yellow card from his top pocket. Perhaps he anticipated needing to brandish it a lot.

Mascherano and Augusto Fernandez also made it into the book, along with Armando Cooper early in the second half, for another strong arm to Gaitan’s face. The Benfica man was standing in for Lionel Messi and, perhaps seeing the rough treatment his men were getting, Tata Martino opted to bring on Erik Lamela for the injured Di Maria, rather than the Barcelona No 10.

But with their lead a slim one, Messi was brought on early in the second half. And nothing was the same. 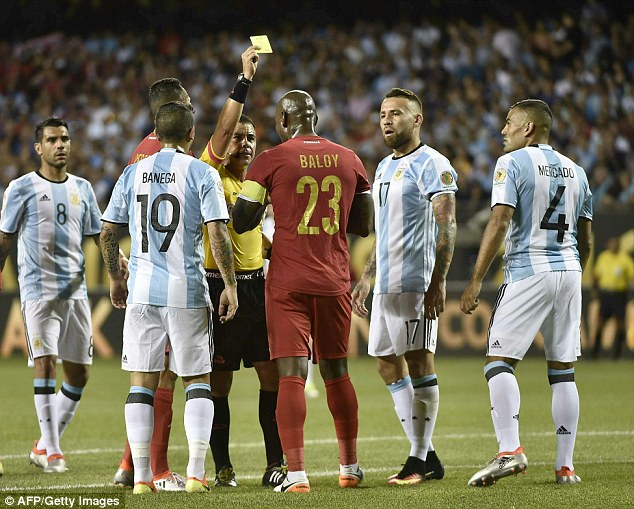