The victim and her brother went to the married couple’s home in Tonopah, Arizona, in May to help them with their swimming pool. 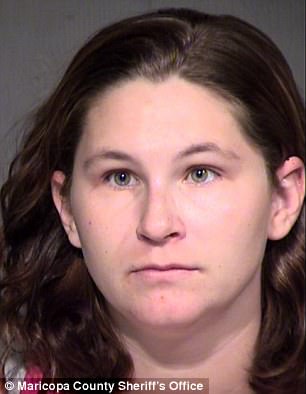 The mugshot for Jefferey James Swartz, 27 and Samantha Ohlman, 23. They were arrested Wednesday after being accused of having sex with their teen babysitter

And after meeting them she was hired to babysit their kids.

The victim said the first incident happened the same month, according to AZ Family.

She was asked by Ohlman if she wanted to have sex with her and Swartz.

The victim said she didn’t know if she wanted to because it was awkward due to their age differences.

Ohlman then invited the victim to spend the night at their house and she accepted, according to New York Post.

The second sexual encounter happened in mid-July, police said in which Ohlman recorded the victim having sex with Swartz.

The victim asked Ohlman not to record her but she continued to do so.

After Ohlman and Swartz had sex, Ohlman told the victim ‘that they always record the time they have sex with other people’. 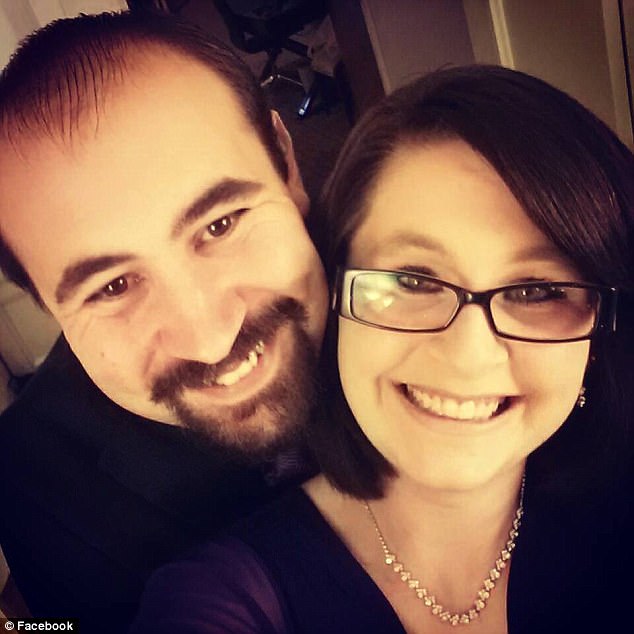 The couple made advances onto the then 15 year-old babysitter. She said she felt ‘pressured’ to have sex with them

Ohlman proceeded to show the victim a video of Jeff having sex with another female.

She told a grandparent on August 1 who then notified Maricopa County Sheriff’s Office.

Detectives interviewed Swartz and Ohlman at their home, where Swartz denied the allegations but Ohlman, in a separate interview, admitted to it.

They are scheduled to appear in court on September 7.