The secretive mastermind of a global sports doping ring has been unmasked as an Arizona lawyer, but he hasn’t been charged due to grey areas in the law.

Under the alias ‘Thomas Mann’, Michael A. Moorcones shipped $1million worth of cutting edge performance-enhancing drugs to some 8,000 clients, including MLB, NFL and Olympic athletes, a New York Times report claims.

Operating from a suburban home in Queen City, Arizona, Moorcones reportedly specialized in peptides, protein precursors that can help build muscle and speed recovery, but are highly difficult to detect under current testing regimens.

Moorcones, 51, was educated at the University of Virginia and admitted to the State Bar of Arizona in 1992, but has since resigned from the bar in good standing, according to bar records.

A Times reporter who knocked on the door of his suburban home described him as ‘a balding, middle-aged man’.

‘I wouldn’t be interested in ever talking to anybody about anything. OK?’ said Moorcones when the reporter tried to question him.

Bottles containing peptides are seen in a file photo. The banned protein precursors can help build muscle and speed recovery, but are highly difficult to detect 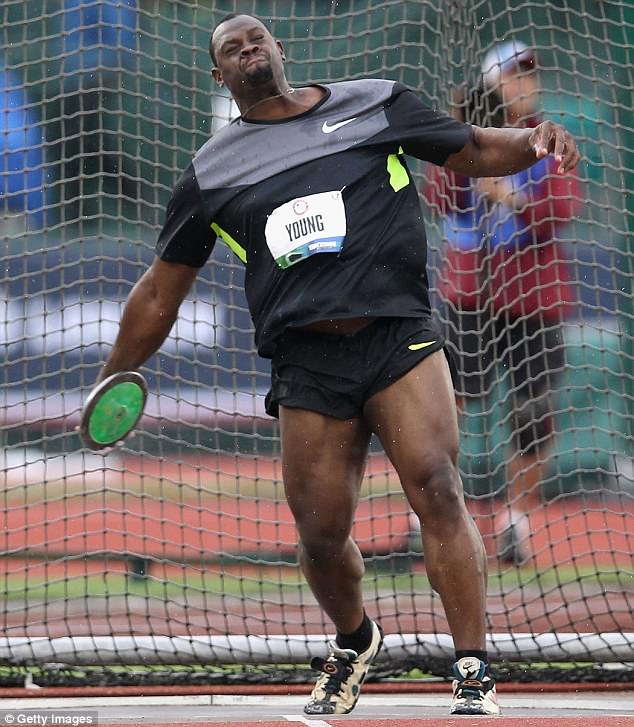 Jason Young, a discus thrower , who competed in the 2012 Summer Olympics, was suspended after admitting to using peptides bought from Moorcones. He never tested positive for PED

The far-flung investigation that led to Moorcones’ door began in Switzerland in August of 2015, when a postal inspector there randomly pulled a package and found it was filled with small vials.

The package was shipped from Arizona under the name of ‘Thomas Mann’, and was found to contain elite performance-enhancing substances. Swiss authorities alerted the US Anti-Doping Agency, which said it had never heard of Mann.

Months later, Mann’s name surfaced again, in an Al-Jazeera documentary about sports doping. Underground chemists interviewed for the film spoke of Mann reverently, as a shadowy genius known for his high-quality wares.

Federal investigators tied Mann to the web forum DatBTrue, which was dedicated to discussing advances in peptides.

‘This wasn’t ‘bro science’; he is a pure brainiac,’ former professional sprinter and customer Cory Bidlow told the Times. ‘He would post scientific studies breaking down how a peptide worked.’ Bidlow drew a four-year suspension for using Mann’s peptides.

When commenters on the forum asked about inquiring peptides, Mann used another pseudonym to steer their business his way. He strictly vetted potential clients and insisted that his products were for laboratory use only – if a customer even mentioned using the peptides for illegal purposes, he’d ban them immediately, customers said.

Mann was actually Moorcones, investigators told the Times. He shipped the products from a UPS store in a strip mall near his home, often bringing his septuagenarian parents along. 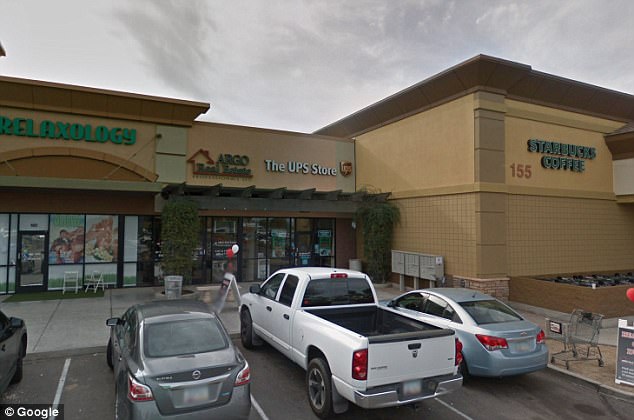 Moorcones shipped the performance-enhancing peptides from this UPS store in a strip mall near his home, often bringing his septuagenarian parents along, investigators said 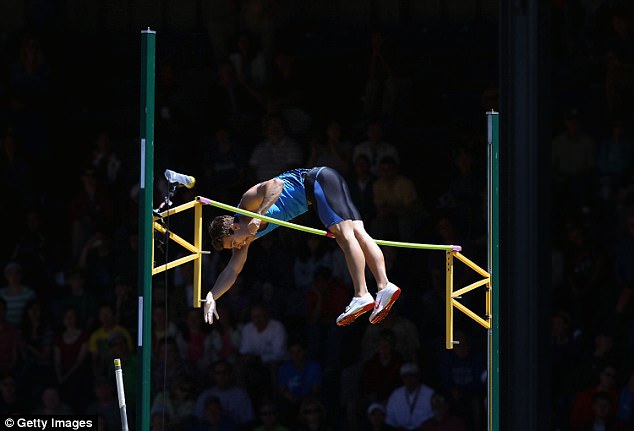 Olympic hopeful Nick Mossberg, a pole-vaulter who competed at the 2012 United States Olympic trials, was also suspended after buying peptides from Moorcones

But Moorcones has never been charged, and may never be. Prosecutors generally treat the possession of peptides, which are illegal without a medical prescription, as a misdemeanor.

‘If I catch you with heroin, it’s a controlled substance and illegal — that’s easy,’ Douglas W. Coleman, the special agent in charge of the DEA’s Phoenix Division, told the Times. ‘If I find human growth hormone, I have to build a case to show that it’s significantly outside what it can be prescribed for. Peptides are more difficult still. There’s really no legal foothold.’

Investigators did send the list of Moorcones’ professional athlete customers to their respective leagues, with mixed results.

Major League Baseball ended up suspending two minor leaguers. But the National Football League, which had several players on the peptide customer list, has yet to suspend any over the scandal.

USADA, which has jurisdiction over track and field sports, penalized several past and aspiring Olympians.

Jason Young, a 35-year-old discus thrower and coach, who competed in the 2012 Summer Olympics, was suspended.

Also suspended was Nick Mossberg, a pole-vaulter who competed at the 2012 United States Olympic trials and planned to try again in 2016.

All admitted to taking peptides, though none had tested positive for them.

Investigators are still baffled as to how Moorcones obtained his supply – whether he was a re-seller, or without any formal chemistry background somehow manufactured it himself.

Moorcones has shut down the peptide forum. He could not be reached for comment by DailyMail.com.