The men’s and women’s basketball teams at the University of Arkansas at Little Rock are set to play their conference openers away from home after water damage wrecked their court.

Images from the university show floorboards torn up from wet concrete at the 5,600 capacity Jack Stephens Center on the campus of the university

In a statement to DailyMail.com, UALR’s athletic department said the damage occurred sometime in the early hours between December 22 and December 23. 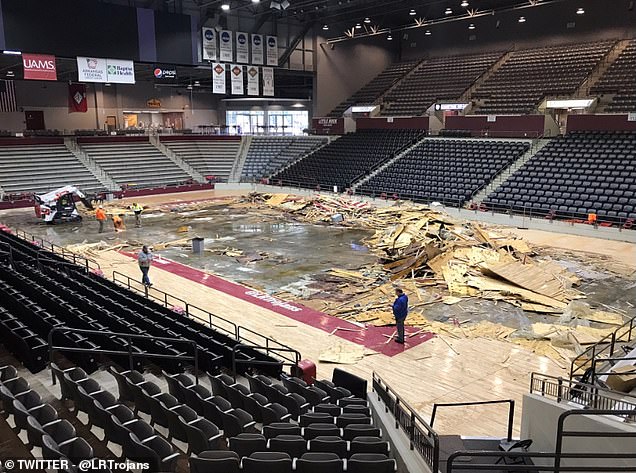 That night, a bomb cyclone sent temperatures across most of the United States well below freezing – including in the Deep South, where air temperatures in Little Rock fell as low as 1°F (-17°C)

Sometime on the morning of Dec. 23, women’s basketball players who came in for a shootaround found the court soaked. 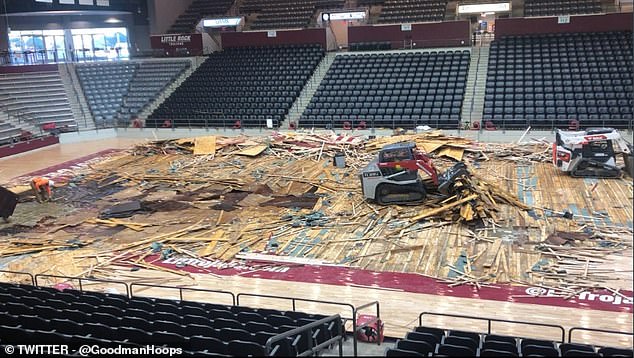 ‘The freezing temperatures in the Little Rock area the past few days caused a rupture to a water coil in the Jack Stephens Center, resulting in Joe Foley Court being covered by water,’ according to a news release from the university.

The Arkansas-Little Rock Trojans men’s and women’s basketball teams were set to open Ohio Valley Conference play Thursday night with a double header from the teams of the University of Tennessee at Martin.

Those games are now set to be held at Simmons Bank Arena – an 18,000 seat arena some seven miles away in North Little Rock. 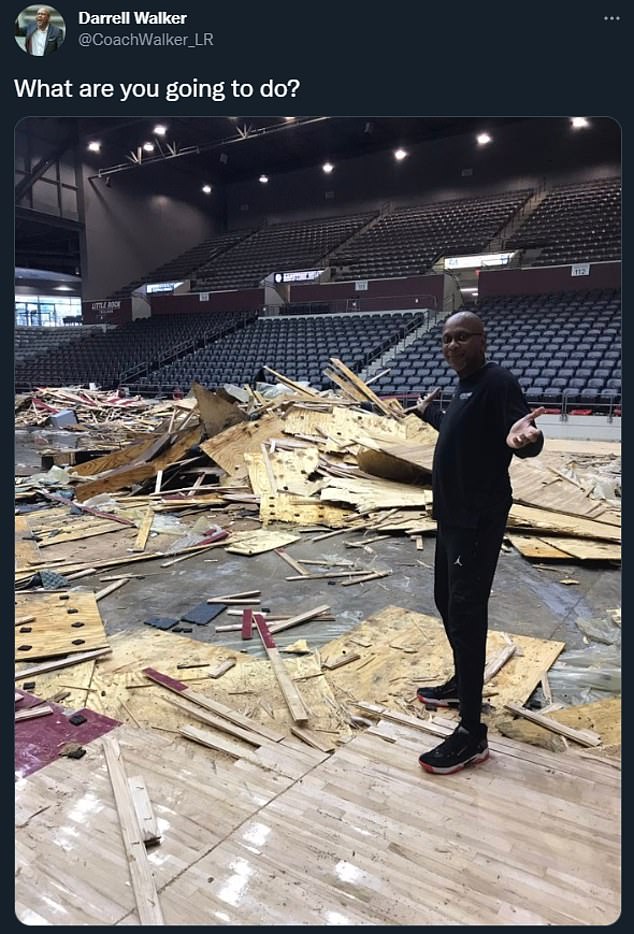 As for the Stephens Center, crews are reportedly continuing to let the concrete dry and rip up the floor in the days to come.

‘From what I know, the plan is for UALR to find a temporary court that it can borrow for the remainder of the season,’ tweeted Mitchell Gladstone, a sports reporter with the Arkansas Democrat-Gazette, who added ‘TBD on where the court will come from.’

The Trojans’ men’s team currently sits with a 4-9 record, while the women’s team owns a mark of 3-8.