He was an Elvis Presley-loving American sailor who spun records for the U.S. Navy radio station on the Caribbean base where he was stationed. She was a local woman whose brother worked at the base.

More than a half century after the brother introduced Jennifer Meyerink and Stephen Walbert, the long-separated couple’s love was finally sealed in Rochester, New York.

They were married Monday in the hospital where Walbert has been undergoing treatment for leukemia.

‘That eternal flame turned into a bonfire, and it’s still roaring today,’ the 73-year-old Walbert said as relatives and staff at Rochester General Hospital crammed into his room to view the marriage ceremony officiated by the city clerk.

Jennifer Meyerink, 72, and Stephen Walbert, 73, were married at the Rochester, New York hospital where Walbert is undergoing treatment for leukemia 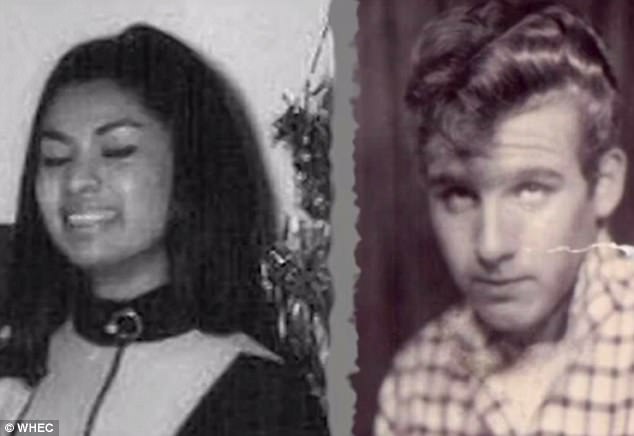 They met while Walbert was stationed at an army base in Trinidad and Tobago. They are in their younger years

In a nod to Elvis, Walbert wore a black sequined outfit, a purple scarf and aviator sunglasses. The bride wore a black dress and a purple hat.

Walbert, a Chicago native, was stationed in 1965 in Trinidad and Tobago, where he worked nights as a disc jockey for the base’s radio station.

The two fell in love, but Walbert was transferred back to the states. He gave his dog tags to Meyerink, telling her ‘Darling, I’ll be back one day for this.’

But he never returned to the island nation. The two lost touch, and each got married and started their own families – Meyerink in Ontario, Canada, and Walbert in Wisconsin.

After Meyerink’s spouse died, her sister used Facebook to find Walbert, by then a widower and living in Waupaca, in central Wisconsin.

The two began corresponding via email, and reunited in 2015. Walbert moved to Canada in March 2016.

‘I never stopped loving him, I realized that,’ the 72-year-old Meyerink said. 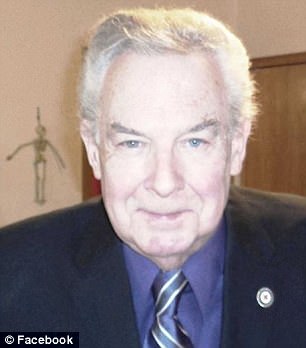 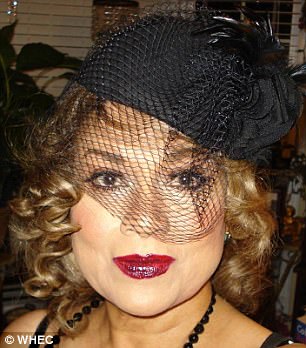 The couple lost touch after Walbert returned to the United States, but reconnected via Facebook after they were both widowed 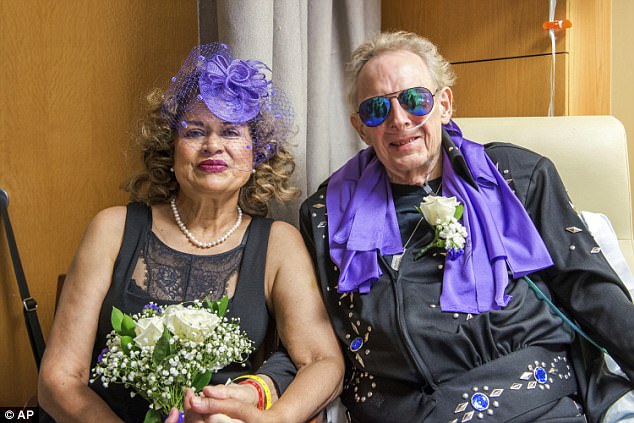 Walbert loves Elvis Presley and dressed for his wedding in an Elvis-inspired outfit. While stationed in Trinidad and Tobago, he spun records for the U.S. Navy radio station 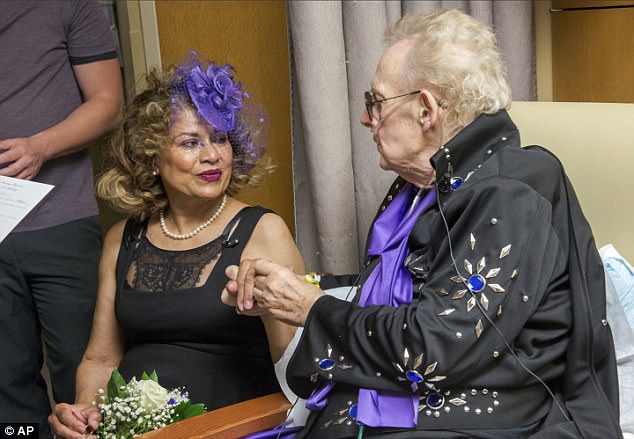 Meyerink wore a black dress and a purple hat 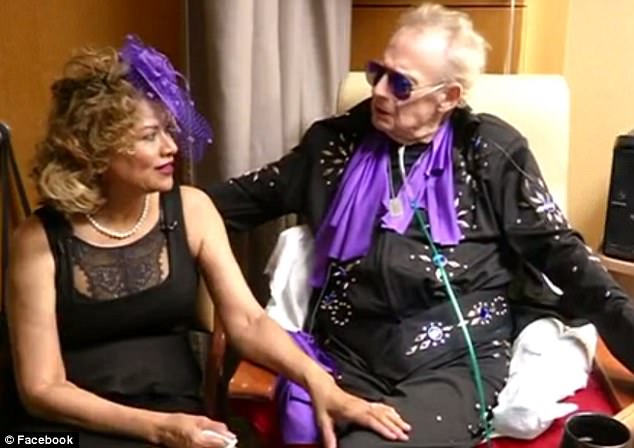 ‘That eternal flame turned into a bonfire, and it’s still roaring today,’ Walbert said. Meyerink said: ‘I never stopped loving him, I realized that’

In October, Walbert was diagnosed with a form of leukemia. He decided to seek treatment in Rochester, where his son lives.

Later this week, Walbert and his family will decide whether to continue his treatment at the hospital or choose hospice care, WHEC reports.

‘I haven’t given up hope on myself yet,’ said Walbert, the dog tags Meyerink had saved for 50-plus years hanging from his neck. ‘I never will. But I have her back. And that gives me all the strength I need to get through the rest of my life.’