The 75-year-old Terminator actor and former Governor of California had his arm around the pretty 31-year-old as they hit the charity dinner during the Austrian Climate Summit at the Stangelwirt.

Arnie has four other children: daughter Katherine, 33, whom has two kids with Hollywood action film star Chris Pratt; as well as sons Patrick, 29, Christopher, 25, and Joseph, 25. 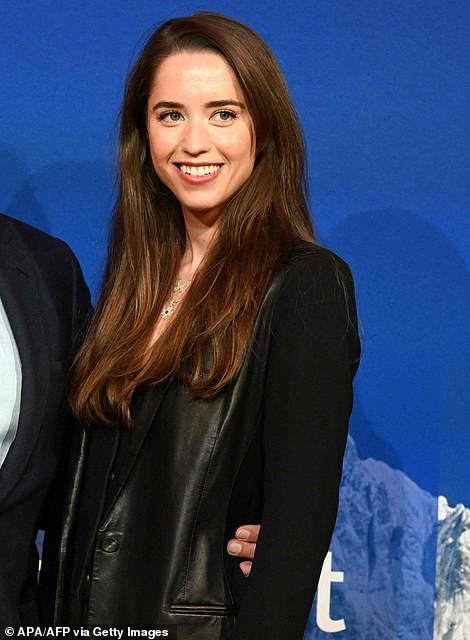 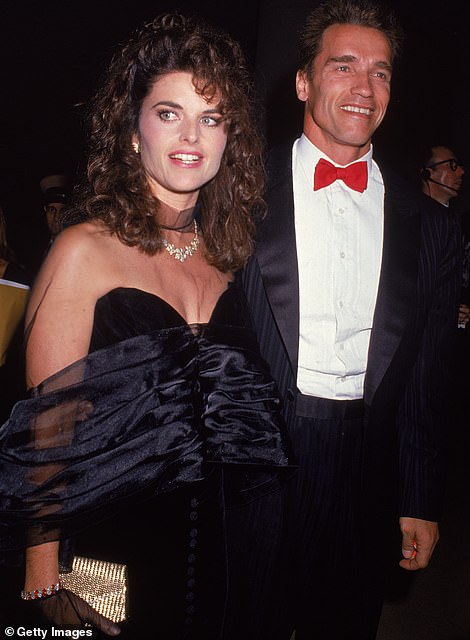 Star power: The college graduate had a glow to her as she smiled for the camera; on the right is mom Maria in 1986 with Arnie

The first four kids he had with ex-wife Maria Shriver, a journalist and member of the Kennedy family.

Shriver filed for divorce in May 2011 after 25 years of marriage but does not seem to have finalized her divorce from Arnold yet.

Christina showed off her slender figure in a black leather jacket with skinny black slacks and black ballet flat shoes. 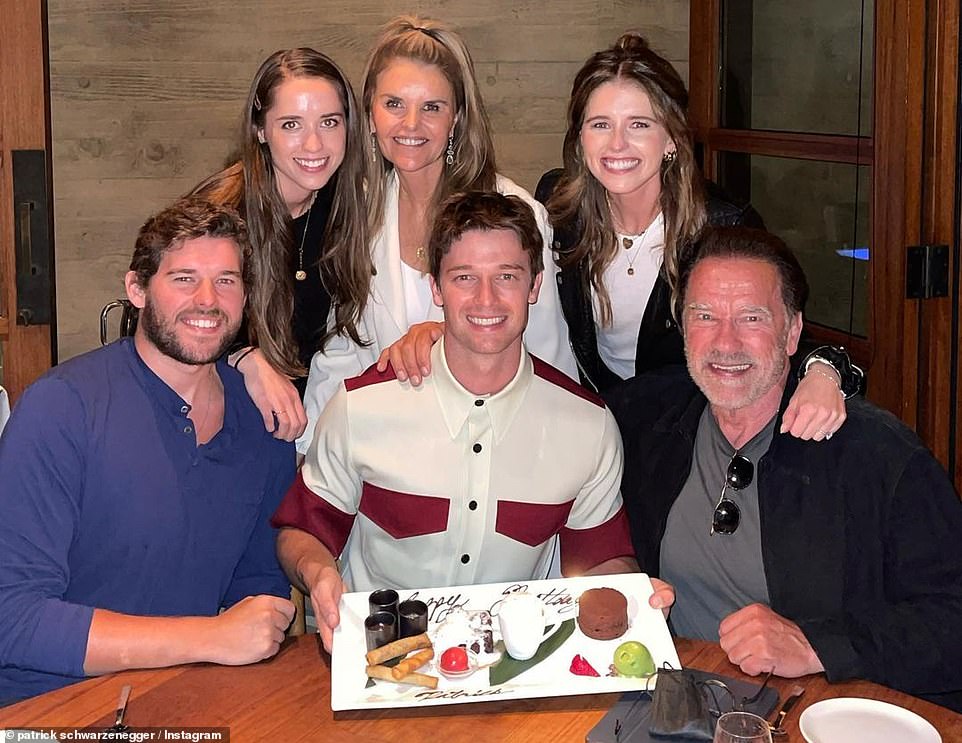 In addition to Christina, Arnie has daughter Katherine, 33, as well as sons Patrick, 29, Christopher, 25, and Joseph, 25 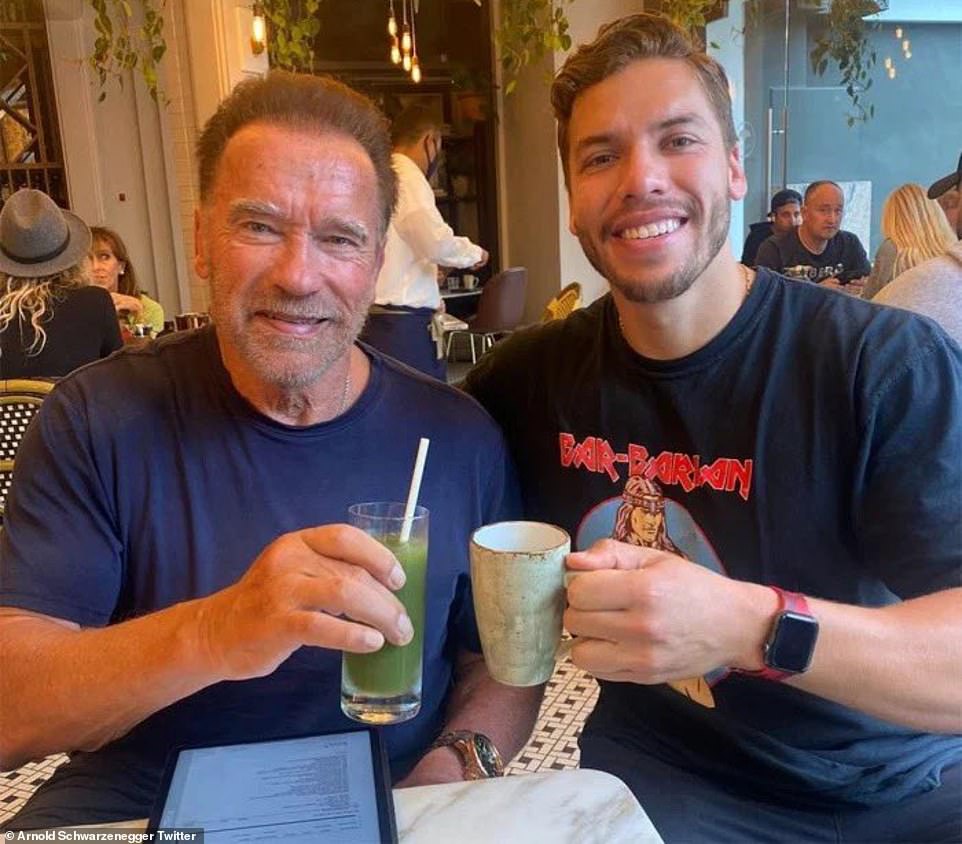 The other son: Arnold has stayed close to Joseph, 25; his mother is Arnold’s former housekeeper Mildred Patricia Baena

The star wore her dark brunette hair down over her chest. The beauty glowed when the cameras were on her.

Dad Arnie wore a blue blazer with dark blue jeans as he looked like the proudest father in the world.

Christina graduated from Georgetown University, her mother’s alma mater, in 2013 with a bachelor’s degree in English.

She later studied interior architecture at Parsons School of Design and worked as an editor at Gwyneth Paltrow’s lifestyle brand Goop for three years. 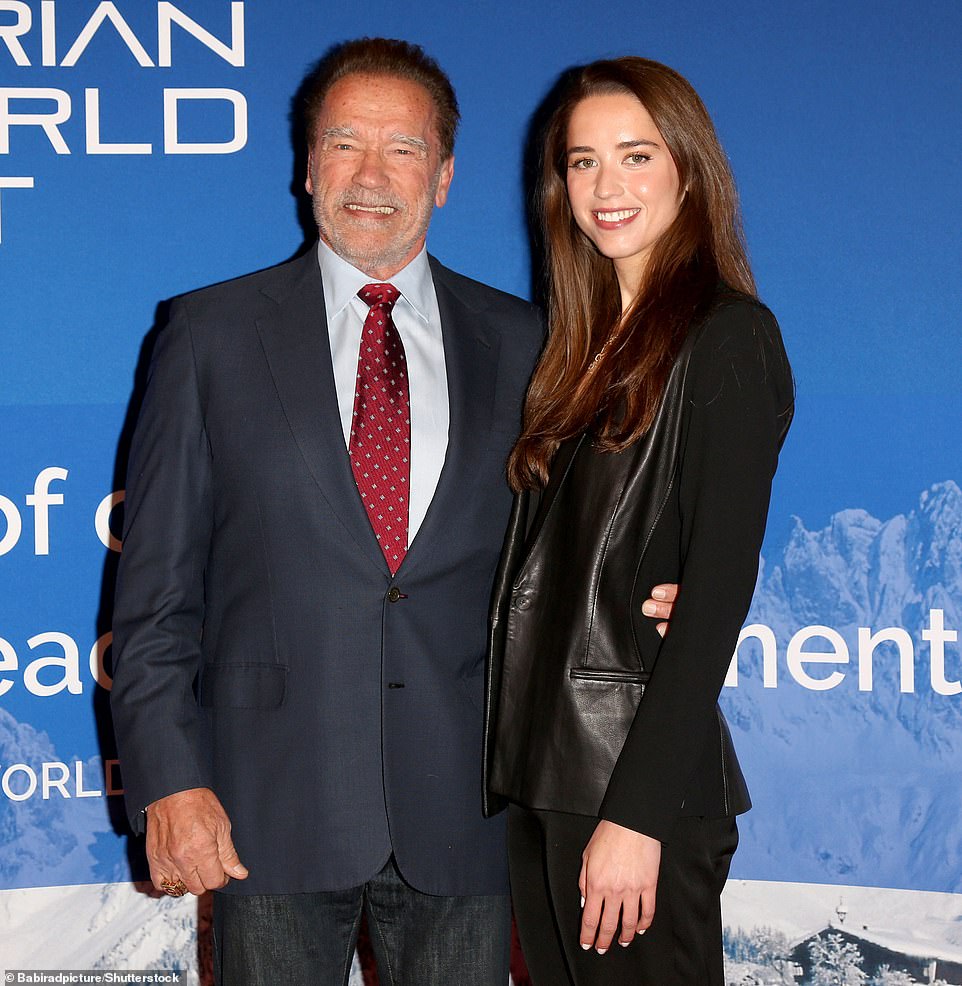 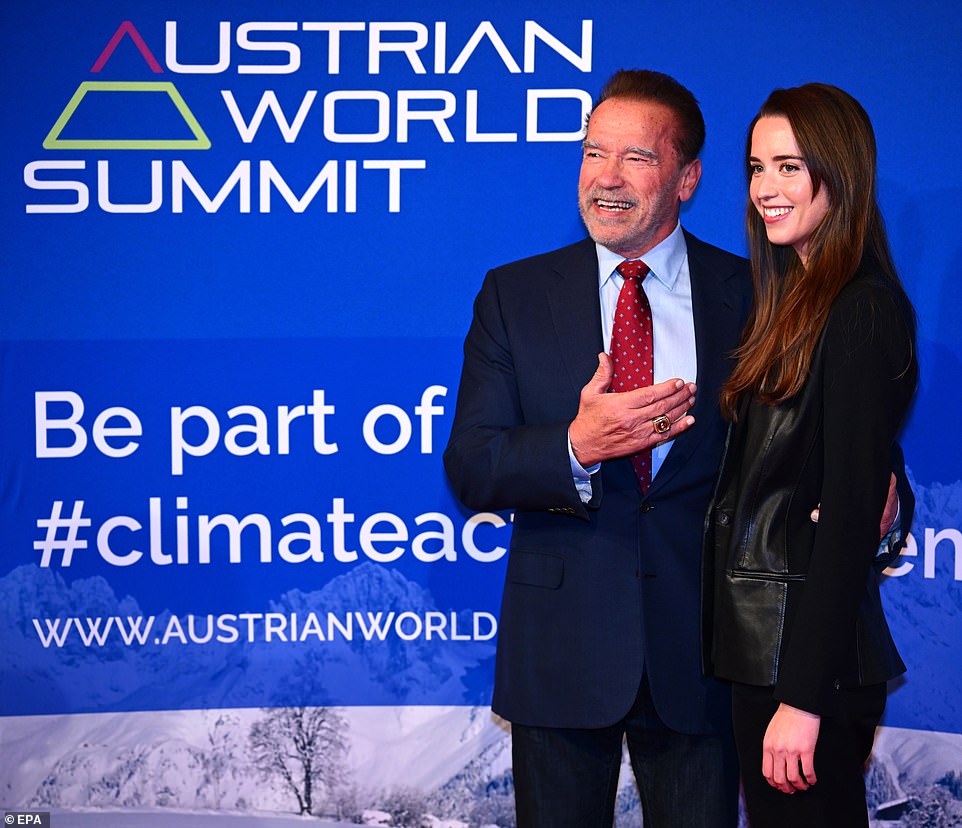 The mane event: The star wore her dark brunette hair down over her chest 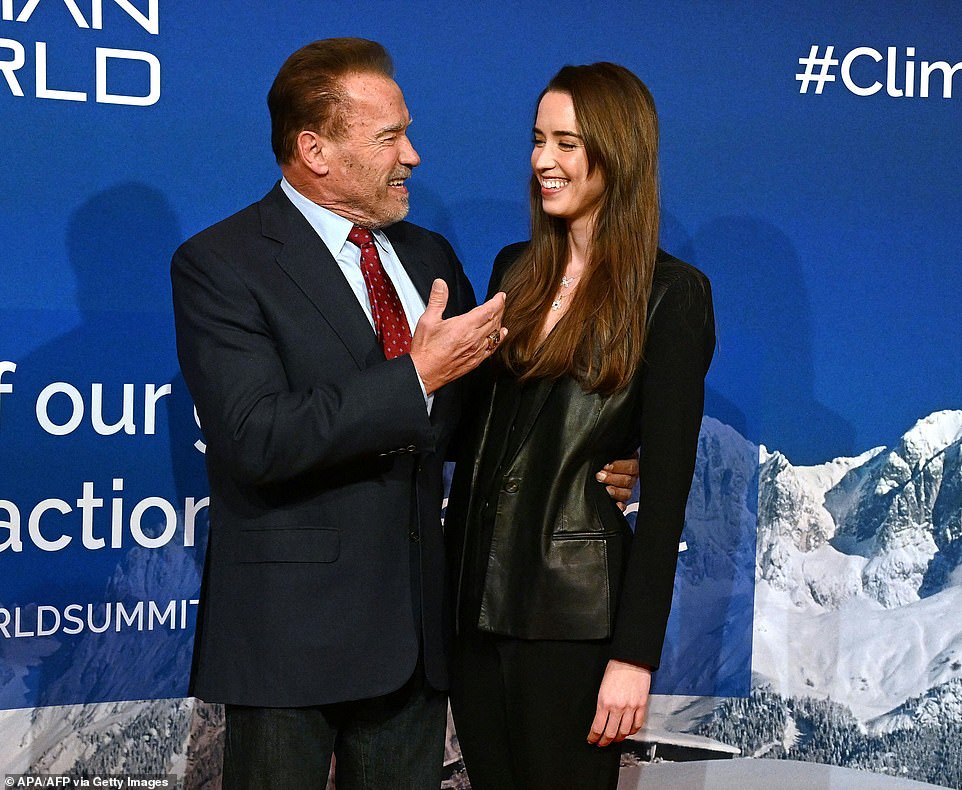 His little girl: Dad Arnie wore a blue blazer with dark blue jeans as he looked like the proudest father in the world 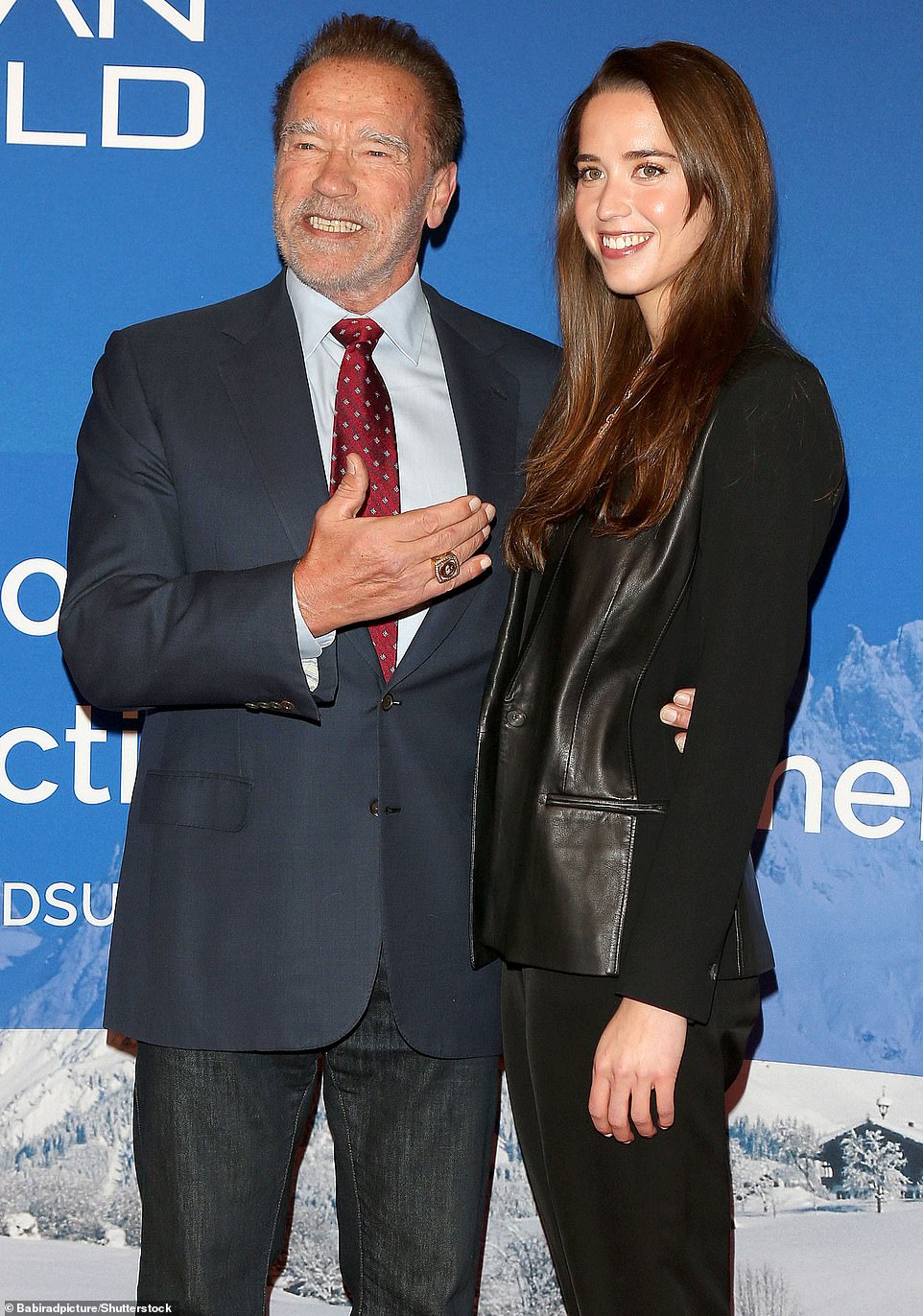 Brainy beauty: Christina graduated from Georgetown University, her mother’s alma mater, in 2013 with a bachelor’s degree in English

Christina is also a founding member of the Special Olympics Founder’s Council. ‘I love shining a light on those who feel outside the margins and bringing their experiences to light. The result is that we all feel validated and, ultimately, see that our differences are in fact, our superpowers,’ Christina said, according to the Special Olympics’ website.

She also worked with her mother on the 2018 documentary from Netflix called Take Your Pills.

The movie was inspired by Christina’s own challenged with Adderall addiction.

In the past dad Anrie has said that he is ‘proud’ of her for her ‘unbelievable work on enlightening documentaries to giving back by helping Special Olympics to your fantastic artwork that blows mine out of the water.’ 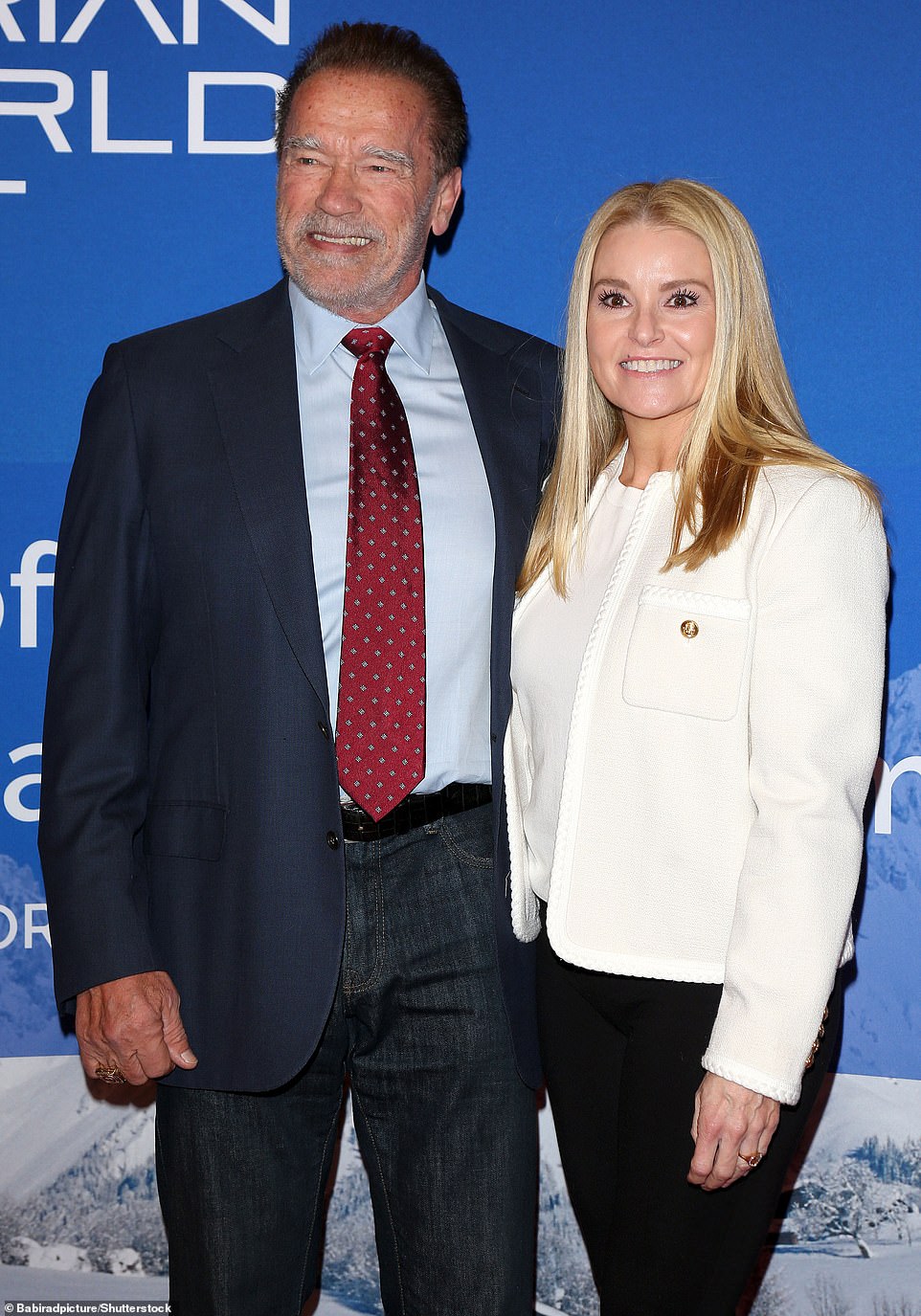 He brought his lady too: Here the action star is seen with his longtime girlfriend Heather Milligan; she seemed to have on an engagement ring

He also noted that they work out together and they often travel side by side.

Katherine is the author of Rock What You’ve Got: Secrets to Loving Your Inner and Outer Beauty from Someone Who’s Been There and Back.

She graduated from University of Southern California and published another self-help book, I Just Graduated . . . Now What?

Katherine began dating Pratt in 2018 after meeting at church.

They wed a year later. 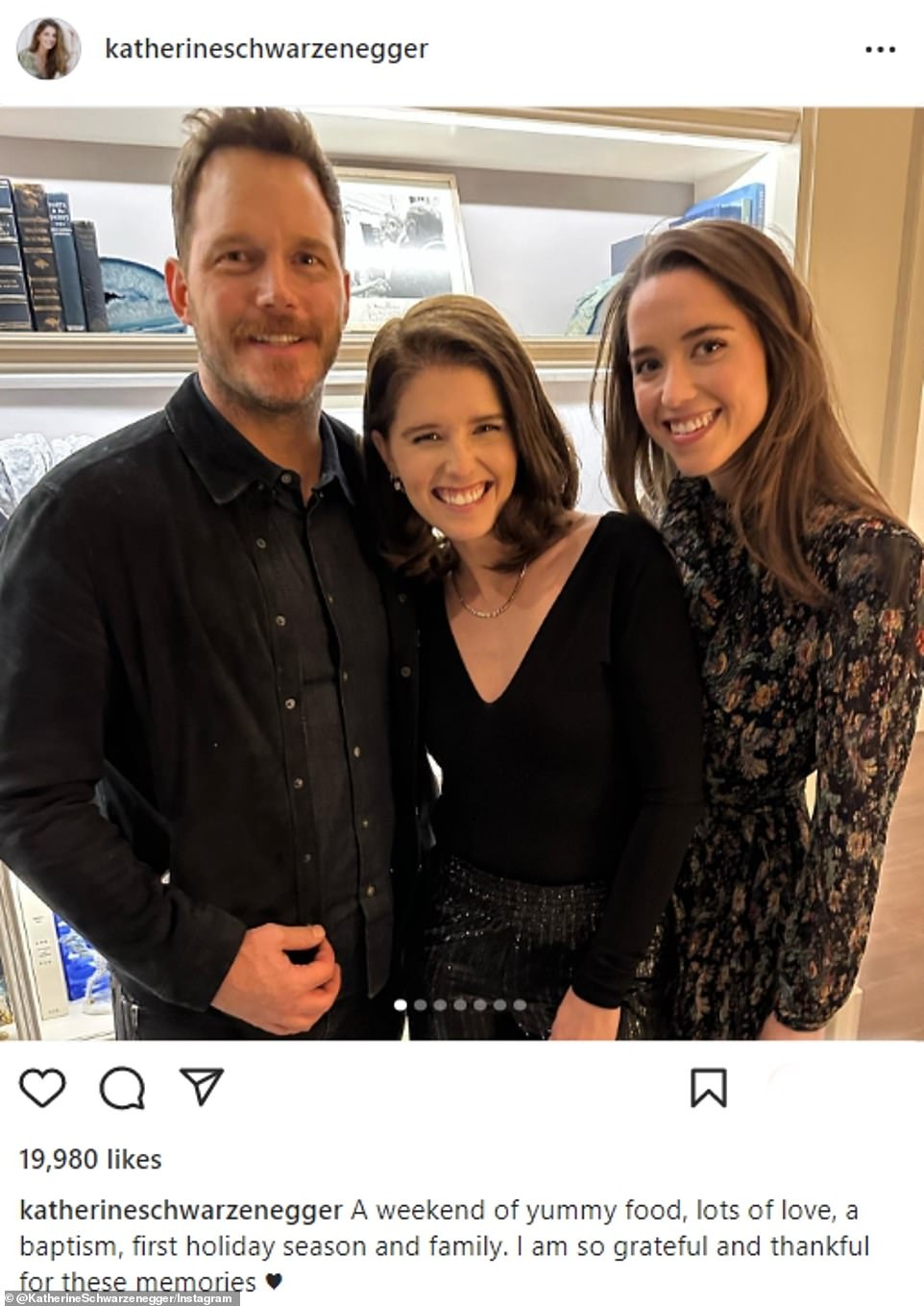 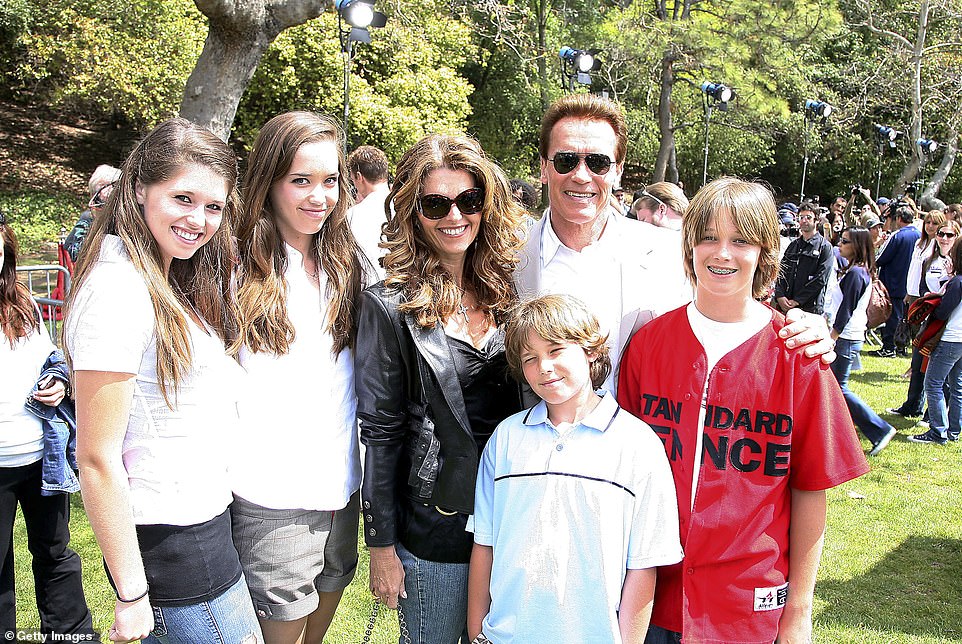 Early years: Schwarzenegger and his wife Shriver pose with their children Katherine, Christina, Patrick and Christopher at a pre-premiere softball game with The Benchwarmers at UCLA’s Sunset Canyon Recreation Center in 2006

As far as his scandal with the maid, he says it is past them.

‘We are continuing to parent our four children together. They are the light and center of both of our lives,’ Shriver and Schwarzenegger said in a joint statement at the time of their split.

He added that his relationship with his kids was ‘fantastic, including my fifth child with Mildred.’ The actor called Joseph ‘terrific,’ saying that ‘he totally understands the situation. So, it all has worked out.’