Arnott’s removes another much-loved biscuit pack from the shelves

Another iconic Arnott’s classic is removed from the shelves leaving biscuit lovers furious: ‘They are getting rid of all our favourites’

Another of Australia’s much-loved biscuit varieties has quietly vanished from the shelves, sparking outrage among its fans.

The demise of the soft-baked gingerbread fingers topped with pink and white icing comes weeks after Arnott’s also scrapped its iconic ‘Classic Assorted’ biscuit pack due to low sales.

It’s the third popular range to be scrapped by Arnott’s in the last year, following on from Lattice biscuits.

‘We stopped baking our Honey Jumbles in July 2021. At this stage, there are no plans to bring the product back to the shelf,’ an Arnott’s spokeswoman said.

Arnott’s warned earlier this year that production had been discontinued and released the recipe so Honey Jumble fans could recreate their own at home.

‘We also know there are some VERY passionate Honey Jumbles fans out there, which is why Arnott’s Head of Culinary, Chef Vanessa Horton, has adapted the Honey Jumbles recipe so that people can recreate these iconic biscuits at home,’ the spokeswoman added.

The decision hasn’t gone down well with heartbroken fans.

‘First Arnott’s discontinues Lattice biscuits and now Honey Jumbles Seriously WHAT THE HELL??!!! How can I keep eating my GrannyFood if you keep discontinuing it!? This is not cool!’ one wrote.

‘They are getting rid of all our favourites, one commented. ‘I feel this is because Arnotts are not Australian owned any longer. Therefore, they do not understand what Aussies love.’

Another added: ‘Arnott’s honey jumbles got discontinued and I’m just finding out. This is horrible news.’

Along with Honey Jumbles, Arnott’s ‘Classic Assorted’ biscuit pack was a morning tea staple around the country. 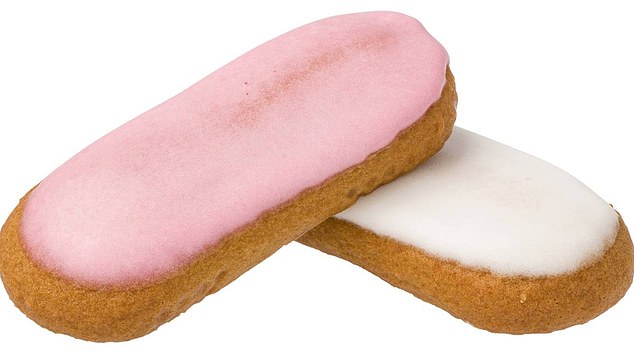 Are you happy Honey Jumbles have been axed by Arnott’s?

It has been replaced with a pricier new assortment called ‘High Tea Favourites,’ which weighs 100 grams less and only contains four varieties of biscuits instead of six and costs $2 more than the Classic Assorted pack.

Founded in 1865 in Newcastle NSW, Arnott’s is Australia’s largest producer of biscuits and the second-largest supplier of snack food in the country. .

Arnott’s have been American owned since 1997 when soup manufacturer Campbell’s bought the iconic company after a long alliance that began in 1970. 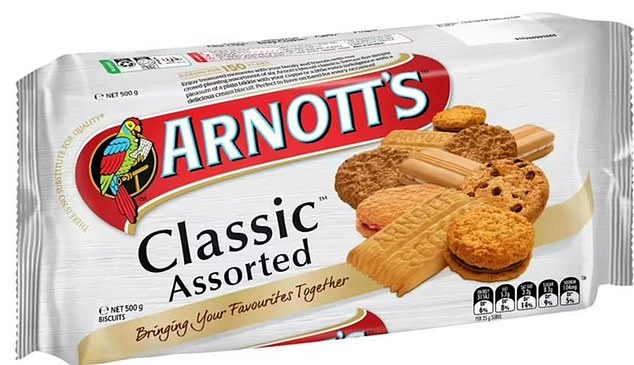 Make your own Honey Jumbles

Line 2 baking sheets with baking paper. In a small saucepan, combine butter, honey, and treacle. Stir over moderate heat until melted and smooth.

Sift dry ingredients into a large bowl, add honey mixture and milk, stir well until combined. Chill for 30 mins or until firm.

Roll mixture into 30 cm logs and cut into 7 cm lengths. Place on prepared tray and bake for 12 minutes. Leave on the tray for 5 mins, then move to a cooling tray.

To make the icing, whisk the egg white in a medium bowl until frothy, sift the icing sugar into egg white and whisk until smooth. Dip half the biscuits front side into the icing and set aside. Add some pink food colouring to the icing and repeat with the remaining biscuits.