Arsenal are favourites for their Europa League opener

Cologne captain Matthias Lehmann believes the Bundesliga side remain the underdogs in their Europa League clash with Arsenal even though the Gunners will make sweeping changes.

Arsene Wenger revealed on Wednesday that several of his first-choice players will be rested for their Group H opener at the Emirates Stadium.

The likes of Mesut Ozil, Alexandre Lacazette and Petr Cech did not train ahead of the game as Wenger looks to rotate ahead of a crunch Premier League derby at Chelsea on Sunday.

Cologne head into the contest bottom of the Bundesliga and without a point having lost all of their opening three league outings.

While Lehmann insists the game can be separated from their poor league form, the 34-year-old admits Arsenal will still be strong despite the expected alterations to their starting line-up.

‘We really look forward to the challenge, it is independent to the Bundesliga. We want to enjoy the game and show passion in the game,’ he said.

‘We are definitely not the favourite, they have a big squad and top players and there will be other top players who start.

‘Arsenal are of course the big favourites but we believe in ourselves, it is a highlight and we will see what their line-up is tomorrow but it doesn’t really matter.’ 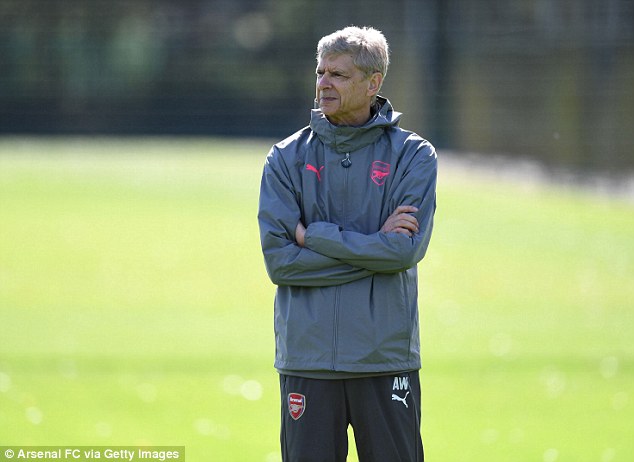 Cologne head coach Peter Stoger wanted to land a team such as Arsenal in the draw and feels Wenger’s side are the strongest in the competition at this stage.

‘We have a situation in which last season we had a great season and because of the results we deserve to play these games now,’ he said.

‘It is really good and a lot of us hoped for this sort of draw. Arsenal are the top team in the Europa League so we really look forward to this difficult task, it is interesting and we want to present ourselves well. 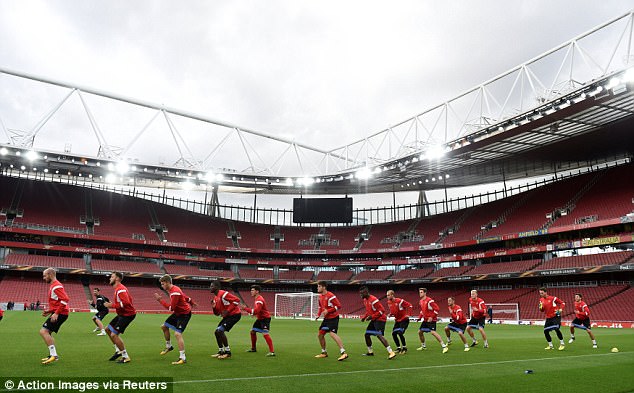 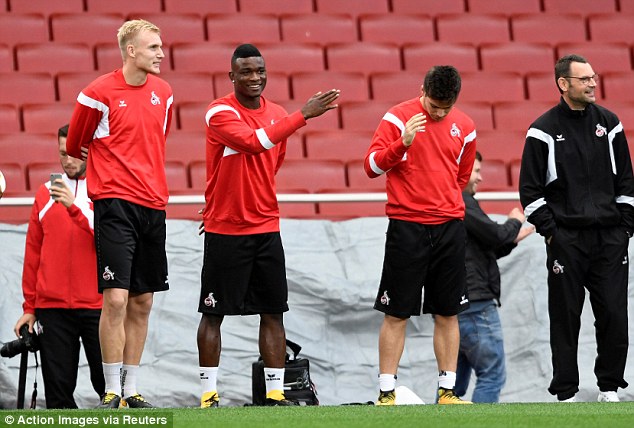 ‘Even in Germany people look at the Premier League and the great teams around and I think Arsenal are one of those teams.

‘We have to show our own qualities on the pitch, we have shown against teams like Bayern Munich and Dortmund that we can get positive results.

‘This is a challenge but in the Bundesliga we have played against teams with similar qualities as Arsenal.’ 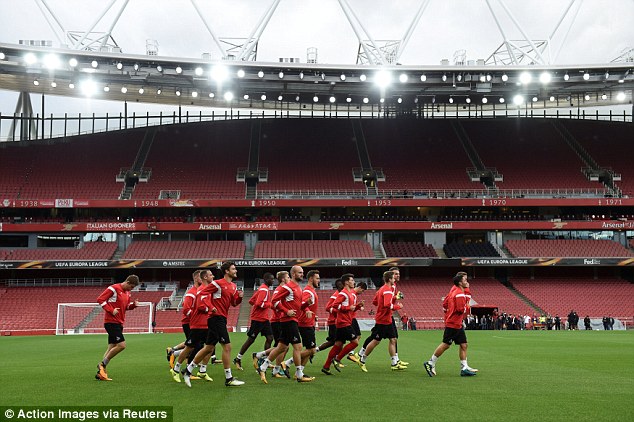