Arsenal are set to WIN the race for wantaway striker Tammy Abraham with Mikel Arteta ‘looking to strike a loan agreement, including a £40m obligation to buy’ as rivals Tottenham and West Ham struggle to meet Chelsea’s demands

The 23-year-old, who scored in a pre-season victory over Peterborough last week, has been made surplus to requirements by new Chelsea boss Thomas Tuchel and is expected to depart the club this summer.

Arsenal are one of several teams chasing Abraham, including Tottenham and West Ham, but now look set to beat their rivals to his signature.

According to The Sun, Chelsea are prepared to let Abraham join the Gunners on loan this season if a £40million obligation-to-buy clause is included in the deal.

Abraham is understood to have sentimental feelings towards Arsenal, having grown up supporting the club and idolizing Gunners legend Thierry Henry.

Tottenham and West Ham have been exploring options to sign him permanently but his £40m valuation has proven to be a sticking point, with the latter informing Chelsea they wouldn’t be willing to pay in excess of £30m.

Arsenal would likely pay a large chunk – if not all – of his wages to sign him on loan, which would see Chelsea’s wage bill reduced by around £80,000, freeing up resources to help finance transfer plans of their own. 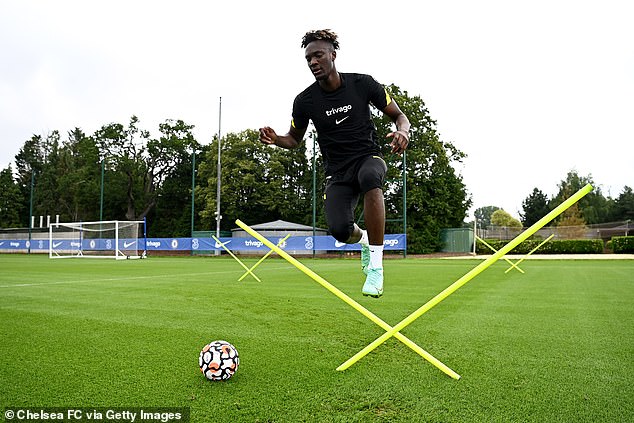 Arsenal are favourites to sign him, with a loan deal, including obligation to buy being touted

Tuchel is desperate to sign a top-quality striker this summer as he looks to build on his incredible Champions League triumph last season, having ran out of patience with Timo Werner.

The German only joined Chelsea last year in a £53m move from RB Leipzig but struggled for form and goals and could now be used as makeweight in a deal for one of the club’s striker targets.

Chelsea are reportedly considering trying to sell Werner and have even offered him to Borussia Dortmund as part of a swap deal for their No 1 target Erling Haaland.

The Blues have stepped up their pursuit of Haaland after selling Olivier Giroud to AC Milan, but the Norwegian sensation has a huge price tag and is also being tracked by a number of other European powerhouses, including Manchester City and Real Madrid. 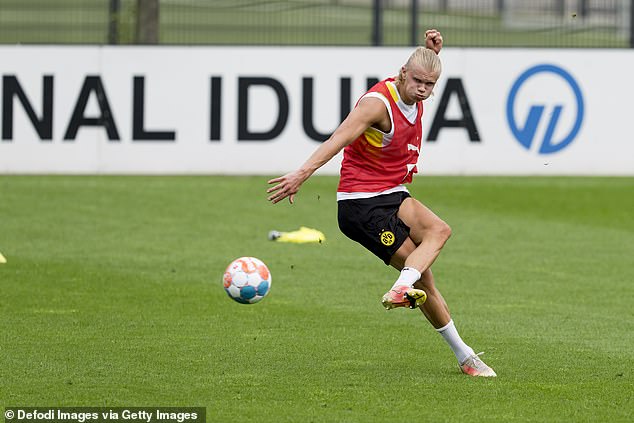 Chelsea are also continuing efforts to bring former striker Romelu Lukaku back to the club, with Haaland increasingly looking like he’ll stay in Germany for one more season.

Teenage star Armando Broja, who signed a five-year contract extension with the club on Monday, is expected to be elevated to the first-team squad for next season to bolster Tuchel’s options in attack.

The 19-year-old is highly-rated by coaches at the club and spent last season on loan at Vitesse Arnhem in Holland where he scored 11 times in 34 matches.