Arsenal manager Mikel Arteta defended his side’s performance after their 2-0 defeat to rivals Tottenham, insisting they dominated the north London derby but were missing the killer end product.

Son Heung-min opened the scoring for the home side with a spectacular strike from outside the box, and Harry Kane doubled Spurs’ lead at the end of the first half.

The England striker’s goal caused much consternation amongst the Gunners; after Thomas Partey attempted to leave the pitch with an injury during the build up. Arteta pushed him back onto the field of play. 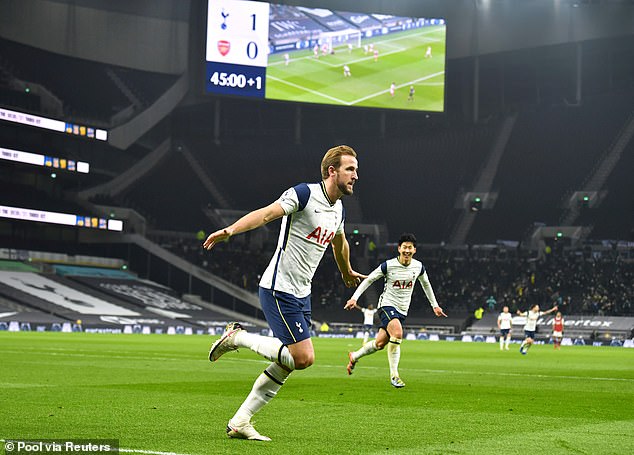 The defeat leaves the Gunners 15th in the table and without a win in the Premier League since their 1-0 triumph at Manchester United on 5 November.

Arteta told Sky Sports: ‘This is football. They had one shot on target, scored a wonder-goal, and the second one we got done on the break because Thomas gets injured. I saw my team full of desire, passion, dominating the game, creating all the chances, but it’s about the end product. We have to carry on, keep fighting, but improving those details.

‘On the first, they are really good at holding that ball, and Son has scored from 25 yards. On the second one Thomas is limping, in pain, has to come off, and we are missing a man. I wanted him on the pitch doing whatever he could for the team. But he could not carry on playing, in a lot of pain, and it is what it is. Maybe we’re a little bit cautious with Son not to step in earlier.’ 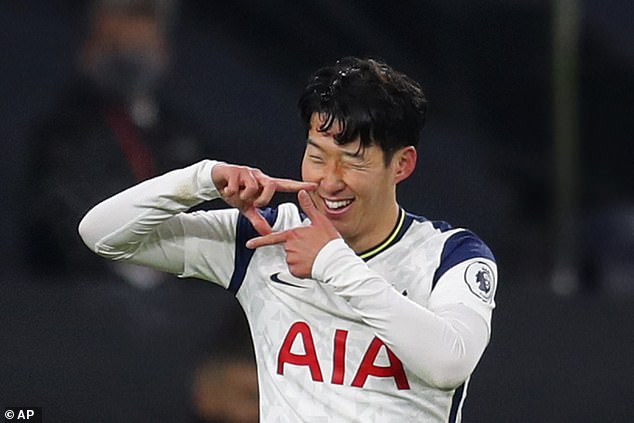 Arsenal have struggled for goals this season; scoring ten in their 11 league games. Only the bottom three have scored fewer but Arteta has backed his players to turn their fortunes around.

‘At the moment, keep working on those deliveries, the areas we’re putting the ball, to have enough numbers, but we created enough situations to score goals. They will come. I have to support the players, keep going. We can do anything, we can put 55 strikers, if you don’t score goals we cannot win football matches. We created more than Spurs, the same last week against Wolves.

Next up for the Gunners is a trip to Dundalk in the Europa League, they will return to domestic action against Burnley at the Emirates on 13 December.