Arsenal defender Takehiro Tomiyasu has admitted he is ‘not satisfied’ to be out of the team this season after losing his place at right-back to Ben White – but vowed to bounce back and ‘work hard’ to play first team football again.

Tomiyasu arrived at the Emirates from Serie A side Bologna last season and made a good early impression, going on to start 20 times under Mikel Arteta as the club battled for Champions League football.

The 23-year-old was ruled out for a chunk of the season, however, as a he picked up a calf injury that sidelined him for nine games – and that fitness blow has affected his preparations for the current season. 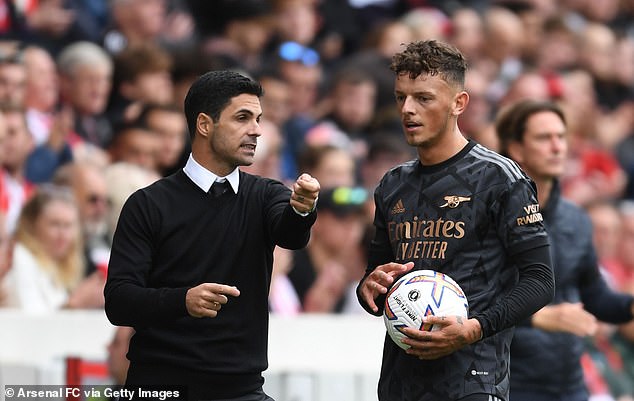 After Arsenal failed to secure a top four finish, the Spanish boss has been shuffling his deck in this campaign to get his side up to scratch, and has added in some new signings too, with Tomiyasu finding himself out of favour in the first seven games of the season.

To Arteta’s credit, the changes have worked – Arsenal are currently top of the league and White appears to be flourishing in his new right-back role – though Tomiyasu admits he cannot hide his frustration as he conceded the Premier League’s standards are incredibly high.

‘What is required in this league is quite high and I’m not satisfied.

‘When you look at the players selected as starters in the premier league games, you will understand what is required to be there. I will work hard in order to get my position back.’ 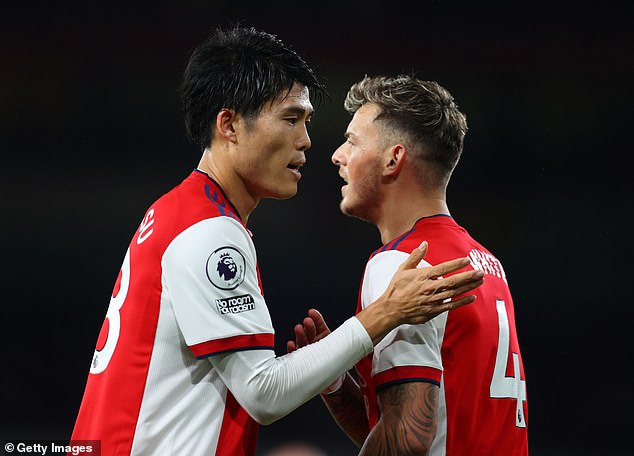 Tomiyasu has shown he is still valued by Arteta after being brought on six times in the Gunners’ first seven games and he played 90 minutes in Arsenal’s 2-1 Europa League win against FC Zurich.

Arteta stressed Tomiyasu was still in his plans this season and that he was looking to get him more minutes after his lengthy lay-off.

Speaking after their 2-1 win over Aston Villa last month – in which Tomiyasu won more tackles than anyone off the bench, the head coach said: ‘We are really happy that we are loading some minutes into him and he’s responding really well.

‘He’s been training now for weeks without any issues which is the first period he’s been able to do that in the last six or seven months, and you can see the way he played today when he came on – I think he was really good.’