Arsenal fans are desperate for the club to sign Borussia Dortmund goal machine Pierre-Emerick Aubameyang this month – and some think the player himself may have confirmed the deal.

Aubameyang sent a message out over the social media platform on Tuesday evening in a conversation with team mate Dan-Axel Zagadou, which Gunners supporters have been trying to decode.

It reads: ‘C’sa le défaut du bay t’aime trop. Me mettre des xxxxxxL’. Roughly translated from French to English, it reads as: ‘It’s their fault if they love you too much, to me xxxxxxL’. 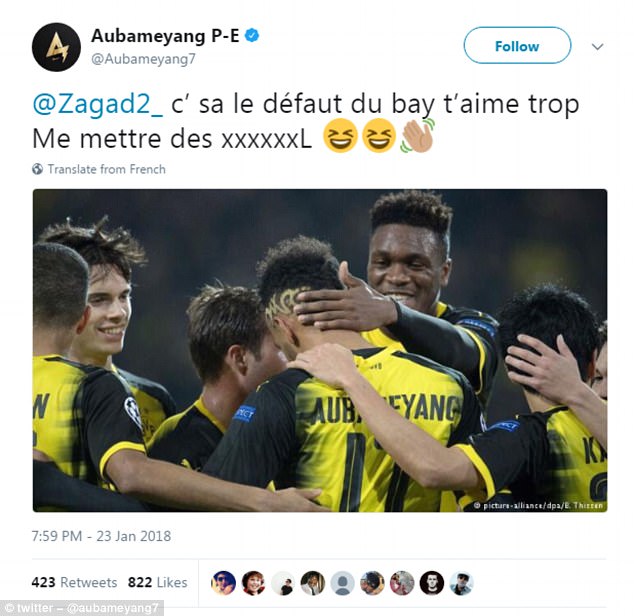 While it would seem to make little sense out of context, it has driven Arsenal’s famously social media-happy fans into a frenzy, with many coming to the same conclusion.

They say the ‘xxxxxxL’ is in fact ‘Arsenal’, masked while the transfer negotiations are ongoing, but proof that Aubameyang is keen for a deal to be done.

Aubameyang, who has kept quiet on Twitter for the majority of his transfer saga, was thus inundated with pleas to move to the Emirates Stadium.

Fans hooked onto the tweet, part of Aubameyang’s conversation with a Dortmund team mate 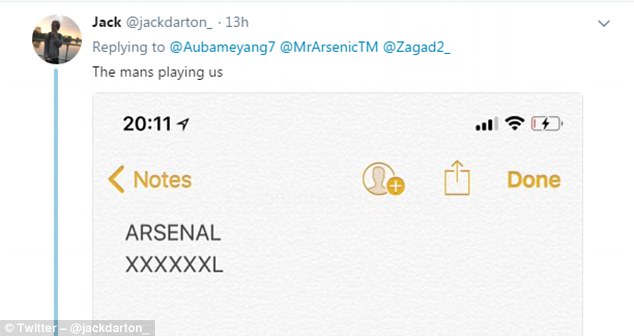 Having kept quiet through the transfer saga, Aubameyang’s intervention has caused a storm 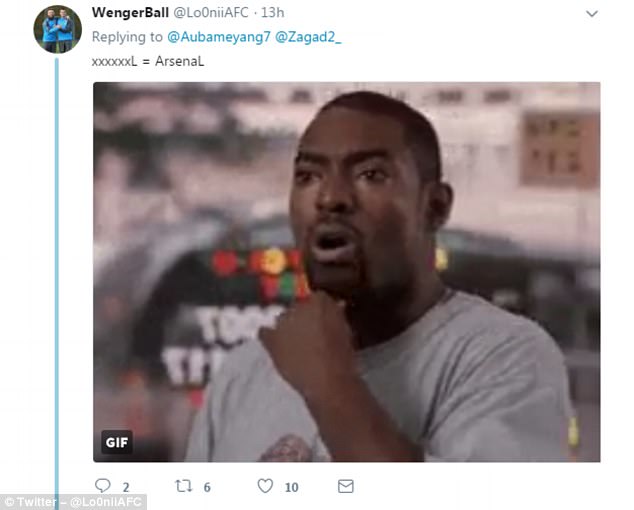 As usual with Arsenal fans on Twitter, the GIFs, memes and theories were soon out in force

Arsenal are keen on Aubameyang, with officials from the two clubs meeting in Dortmund

Arsenal are currently in talks with Dortmund over a move for the 28-year-old striker, with chief executive Ivan Gazidis and head of recruitment Sven Mislintat flying out to Germany over the weekend.

An initial bid of £44m was rejected, however Arsenal have returned with a second offer of £50.9m, and could include Olivier Giroud as a makeweight.

When asked about Aubameyang in his press conference on Tuesday, manager Arsene Wenger said: ‘We are not close to a deal for Aubameyang with Dortmund or anybody else. He is one of our possible movements but there are others.’ 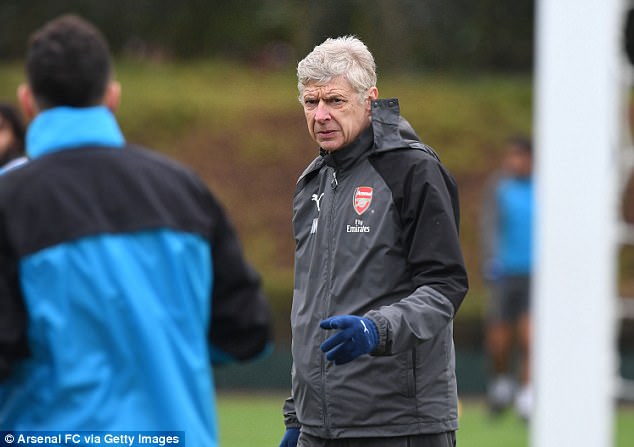 Arsene Wenger says a deal for Aubameyang is ‘not close’, but he is a possible signing