Arsenal manager Mikel Arteta has played down Thierry Henry’s criticism that the club might not be heading in the ‘right direction’ under him.

The club legend, who notched 228 goals in 376 appearances for the north London side, expressed doubt over the current situation at the Gunners earlier this week.

‘I don’t know if things are going in the right direction,’ he said at Prime Video Presents Sport 2021 event.

‘I watched the Brighton game. Did you watch it?’

After three straight league wins on the bounce following a disappointing start to the 2021-22 campaign, Arsenal were held to a goalless draw by Brighton prior to the international break. 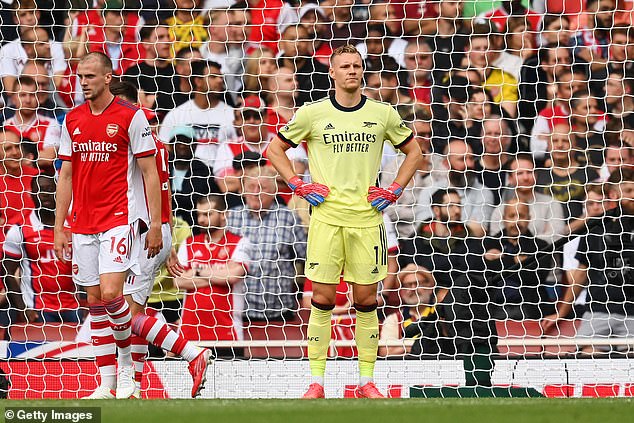 ‘It’s just another opinion so I have to respect that,’ he said when asked about the former striker’s views.

Arteta found himself under heavy scrutiny after Arsenal’s abysmal start to the season – their worst in Premier League history.

But he relieved the pressure on his shoulders with a fruitful September as Arsenal beat Norwich and Burnley 1-0 and came out on top in the north London derby 3-1 over arch enemies Spurs.

Arsenal occupy 11th place in the Premier League table after picking up 10 points from their opening seven matches.