Arsenal are among those on transfer alert after teenager Orkun Kokcu told Feyenoord he wants to leave.

The Dutch season was ended last week with the Rotterdam club in third and missing out on next season’s Champions League.

Feyenoord boss Dick Advocaat admitted in March that Arsenal were interested in 19-year-old midfielder Kokcu, although yet to make any formal offer.

Arsenal are keen on 19-year-old Feyenoord midfielder Orkun Kocku, who wants to leave

Sevilla are also interested, according to comments this week from the club’s sporting director Frank Arnesen.

He said: ‘There are no offers. But we are aware of Sevilla’s interest.

‘We have held meetings, and there are four clubs interested in him, one of them is Sevilla. 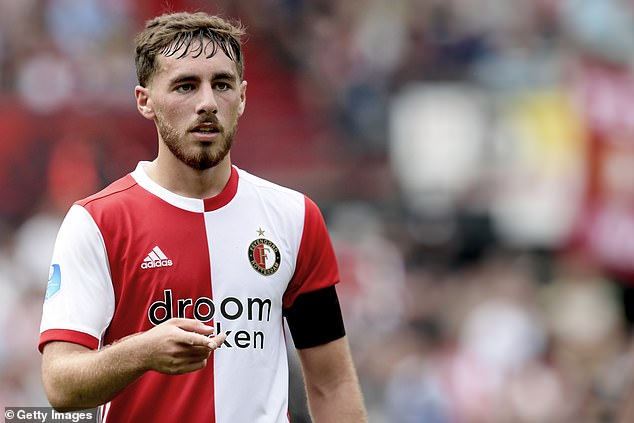 ‘There is nothing official yet, and no offers have been received.’

Kokcu has three years left on his Feyenoord contract and has made it clear since the season was declared to be over that he does not intend to sign another one.

The midfielder has enjoyed a breakthrough season after playing must of the previous term playing under-19 football, making 21 first-team starts in the Eredivisie.