The Gunners have had their eyes on the stopper for most of the season, the player having been recommended by goalkeeping coach Inaki Ryan.

Raya had a £10million release clause in his contract in the event of Brentford failing to secure promotion this year, something Arsenal had been well aware of.

However, the Bees did manage to secure their place in next season’s Premier League, courtesy of a 2-0 win over Swansea in Saturday’s final at Wembley.

Current No 1 Bernd Leno has been linked with an exit while Runar Alex Runarsson has done nothing to impress.

Now the London club will have to widen their search for a new keeper with Raya almost certainly staying put. 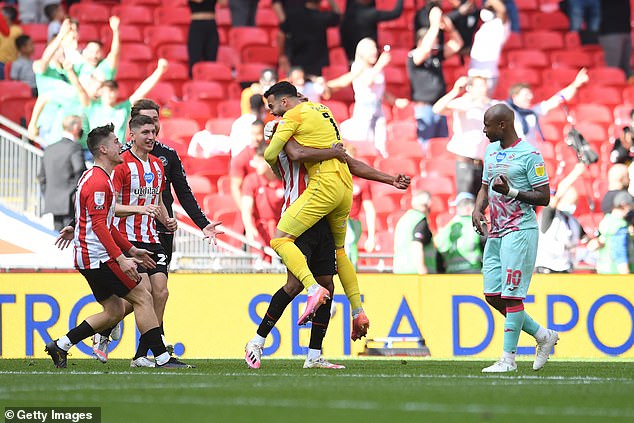