Pierre-Emerick Aubameyang is willing to ‘seriously consider’ a move to Barcelona this month and has told the club to try and sign him, according to Mundo Deportivo.

The Arsenal striker has a contract at the Emirates until the end of next season, but has so far refused to commit his future to the club by signing a new deal.

Aubameyang was believed to want to see how the Gunners progressed under Mikel Arteta – and if they qualified for next season’s Champions League – before deciding whether to put pen to paper. 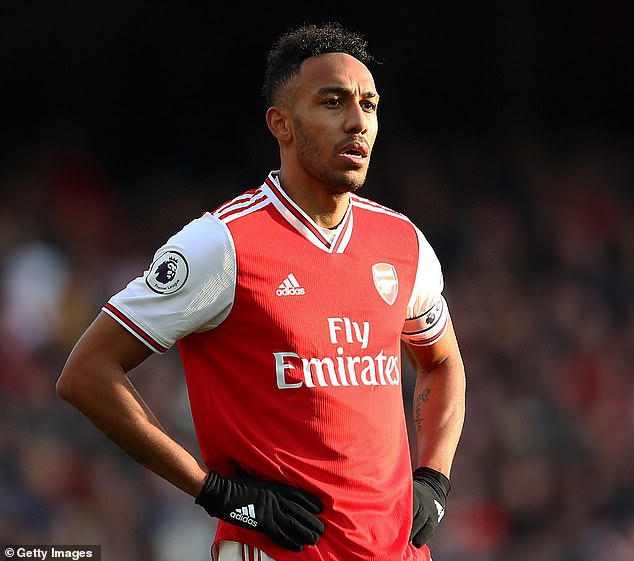 But a new report claims that he is now weighing up his options this month, and could leave the Premier League club if Barca can tempt Arsenal to cash-in.

The Spanish giants are on the hunt for a new striker after losing Luis Suarez to a serious knee injury which will keep him out of action for four months.

They have shown interest in Aubameyang previously, but could now step up their efforts to sign him after being given the green light from the striker’s camp. 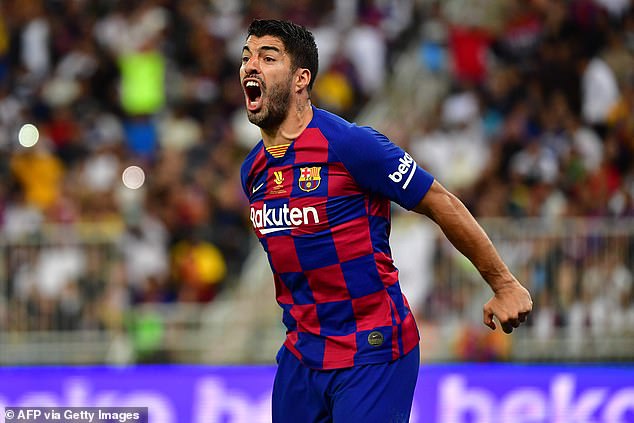 Mundo Deportivo claim that a potential transfer is a ‘very complicated situation’ and that the reaction of Arsenal fans could prevent the north London club from doing business.

They also state that Aubameyang will find it ‘difficult’ to push for a move in public or hand in a transfer request as he is the club’s captain, having taken the armband from Granit Xhaka earlier in the season.

He is, however, interested in a move to the Nou Camp and the chance to play alongside the likes of Lionel Messi and Antoine Griezmann.