Pierre-Emerick Aubameyang is used to performing a flip after scoring and he repeated the feat during the club’s pre-season training camp in Singapore – but with a difference.

Needing to cool off after another intense session under new head coach Unai Emery, Aubameyang performed a flip as he dived into the swimming pool.

With his team-mate Henrikh Mkhitaryan watching on, Aubameyang performed the feat, which made for spectacular viewing. 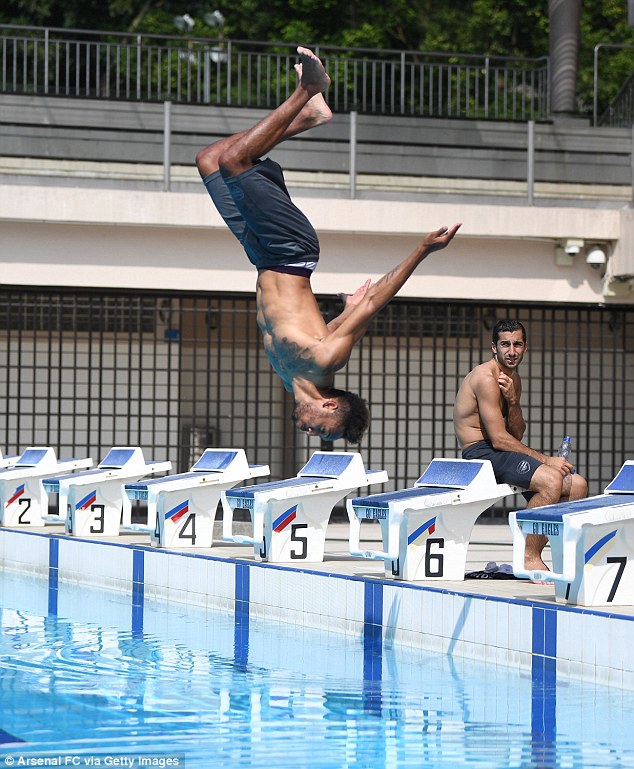 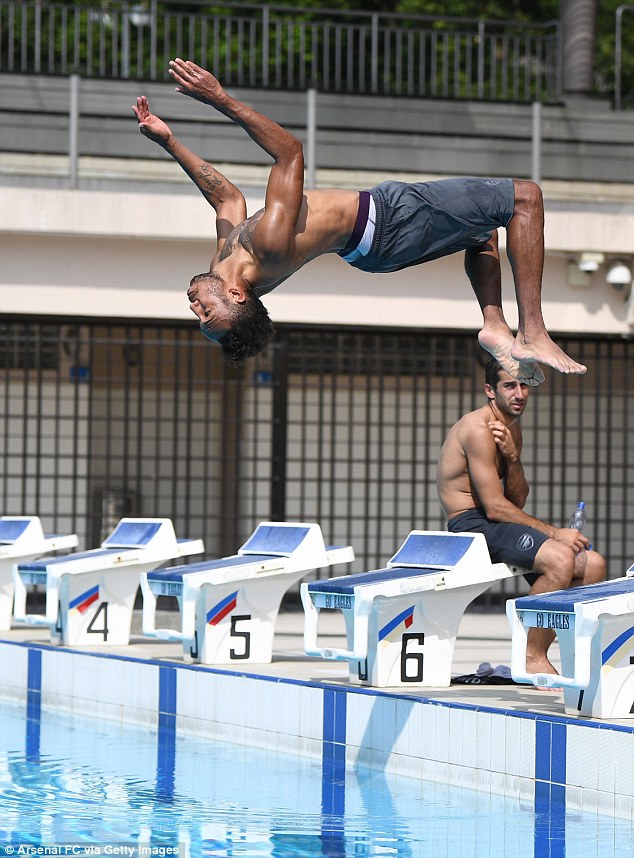 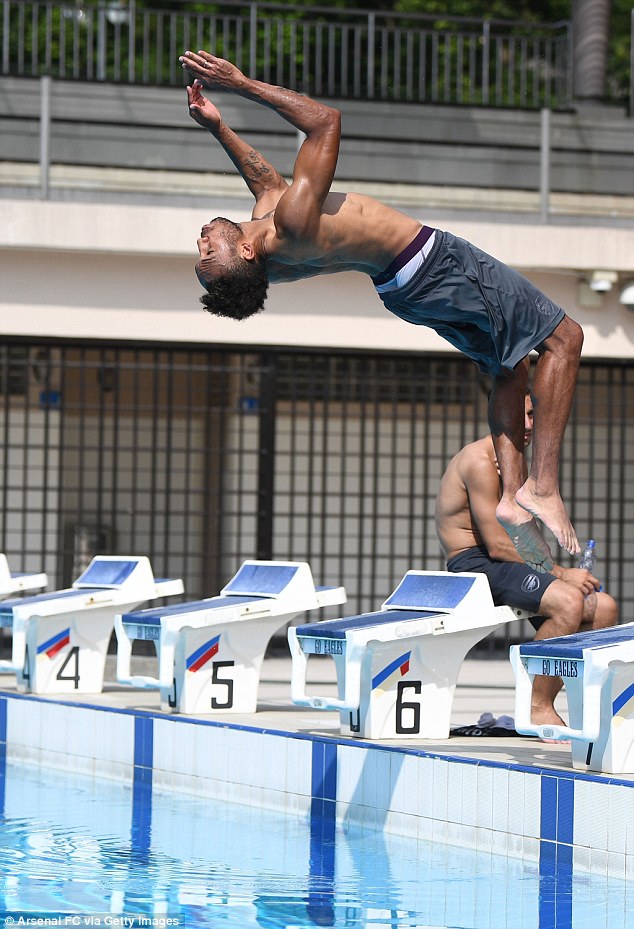 Aubameyang will hope to perform the backflip many times during the upcoming campaign and he has certainly started pre-season in red hot form as he hit a hat-trick against Boreham Wood and also netted in behind-closed-doors games against Crawley Town and Brentford.

Although he is mainly seen as a striker, Aubameyang is also capable of operating as a left winger if required and he could be used in the latter position frequently if Alexandre Lacazette is deployed up front.

The Gabon international will be looking to make a major impact during Arsenal’s upcoming friendlies against Atletico Madrid and Paris Saint-Germain. 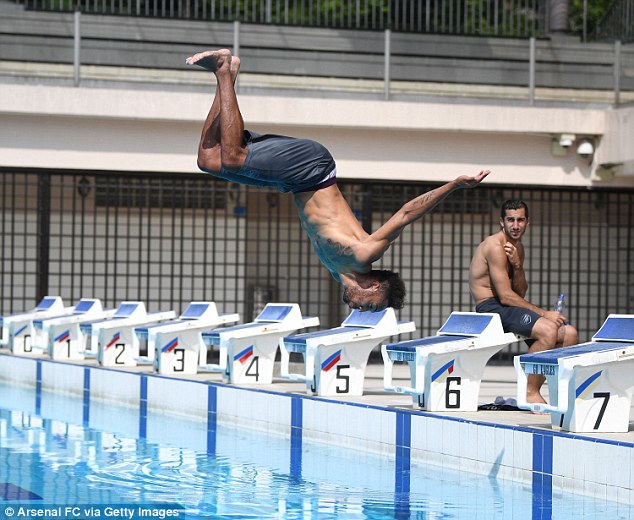 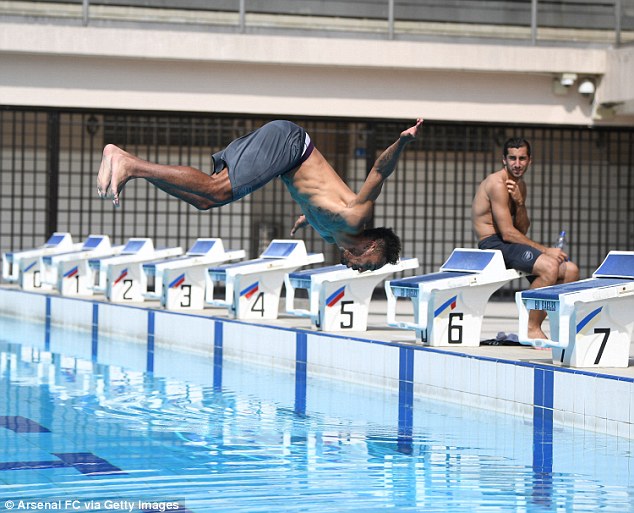 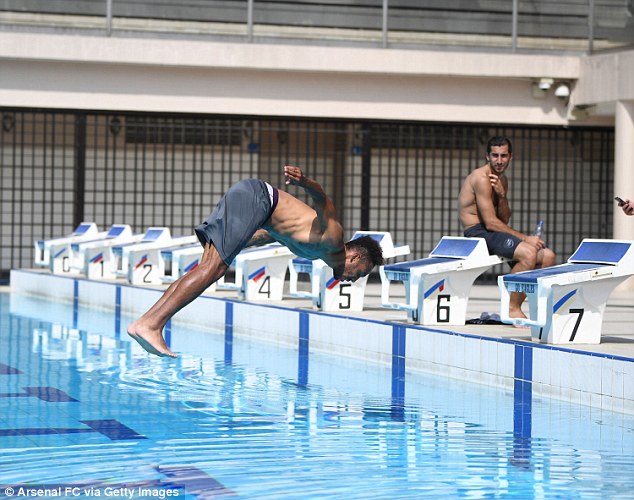 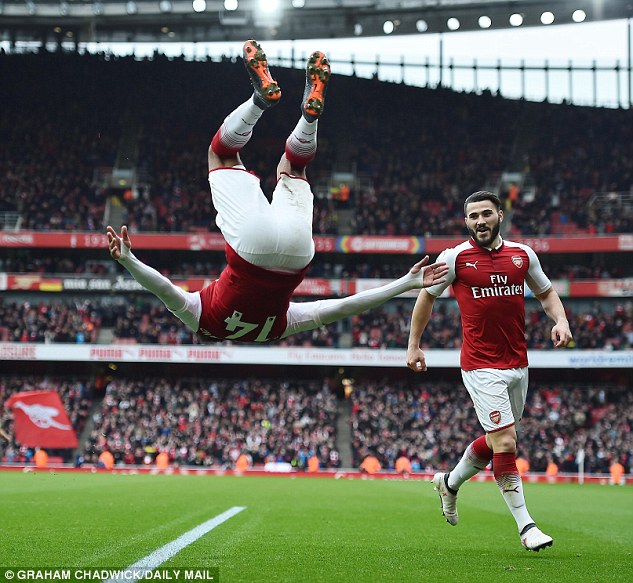 Having joined Arsenal from Borussia Dortmund midway through last season, Aubameyang proceeded to score ten goals in his first 14 games for the Gunners and he will look to add to that tally considerably this term.

The ultimate aim for Aubameyang this campaign will be to win a trophy as Arsenal look to make a major impact under Emery’s guidance.