Arsenal vs Dundalk LIVE: Gunners look to build on winning start in the Europa League to take control of their group

That’s the warm-up done with. Now on to Manchester United.

Mikel Arteta got through an evening at the Emirates Stadium without any drama, defeating Irish minnows Dundalk ahead of the sterner test that awaits them at Old Trafford on Sunday.

There was no need to call on Pierre-Emerick Aubameyang or Alexandre Lacazette as an SOS from the substitutes’ bench because once his team got one goal, the floodgates opened. 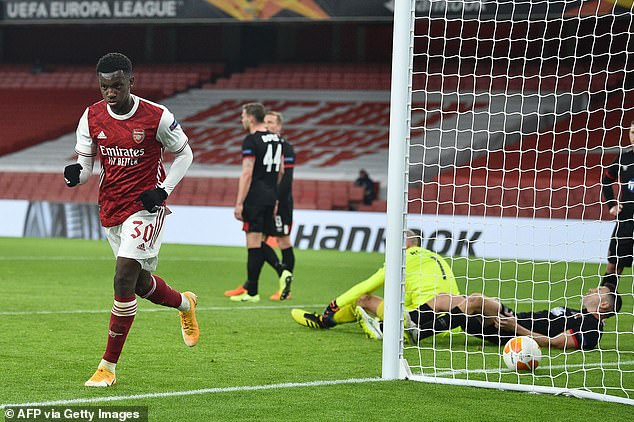 There was a special strike by Nicolas Pepe, while Arteta even experimented to the extent that his centre-back pairing in the second half consisted of midfielders Granit Xhaka and Mohamed Elneny.

That made this an overall enjoyable outing for the Arsenal boss. Arteta’s only real complaint can be that it took them until the 42nd minute to score.

Dundalk can be proud of their first-half efforts. They defended well with two banks of four, and only conceded after an error by goalkeeper Gary Rogers. But there was no fairytale here for them.

Dundalk did not think their manager would be allowed in the dugout for this match. Filippo Giovagnoli – the 49-year-old Italian head coach who, as of two months ago, had never managed a club – was apparently supposed to sit in the stands because of his lack of UEFA Pro Licence. 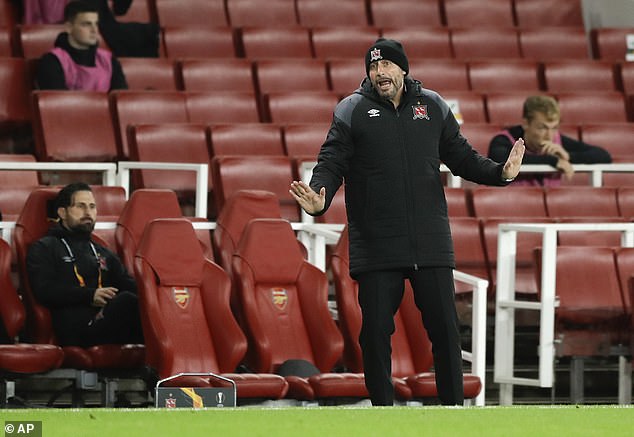 Perhaps UEFA felt kind, because Giovagnoli was indeed on the touchline, and he liked what he was seeing in the opening exchanges. After 20 minutes, only one team had managed a shot on target, and it wasn’t Arsenal.

Yet it all unravelled for the visitors before the break. Pinball in the Dundalk box should have resulted in the opening goal but Eddie Nketiah, from four yards out, could not apply the finish.

Nketiah made amends moments later, however, when Reiss Nelson’s corner asked questions of Gary Rogers. The Dundalk goalkeeper had previously fumbled a header from Sead Kolasinac. This time he miscued a punch, and Nketiah pounced.

Two minutes later it was 2-0, with Pepe’s shot deflecting into the path of Joe Willock. The 21-year-old cooly placed his shot beyond Rogers and finally Arteta could manage a smile. 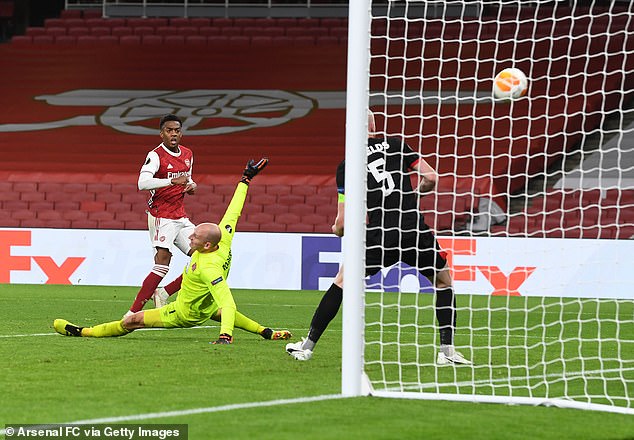 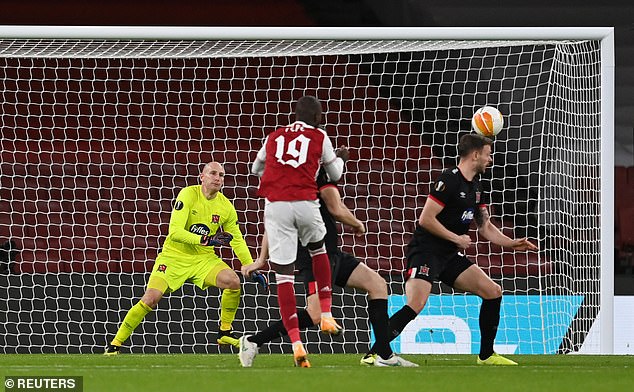 Dundalk weren’t ones for roughing up their opponents. The statistics at full time even went on to state Arsenal committed 20 fouls to the Irish visitors’ zero.

Just 31 seconds into the start of the second half, it was 3-0, with Pepe planting a shot into the top-right corner. Sometimes supporters wonder about his talents, or whether he is worth £72million. Then he does something like this.

Pepe was replaced by Willian after an hour. This was a good run-out for the 25-year-old winger, regardless of whether it was against inferior opposition.

A good win for Arsenal. Now for United. 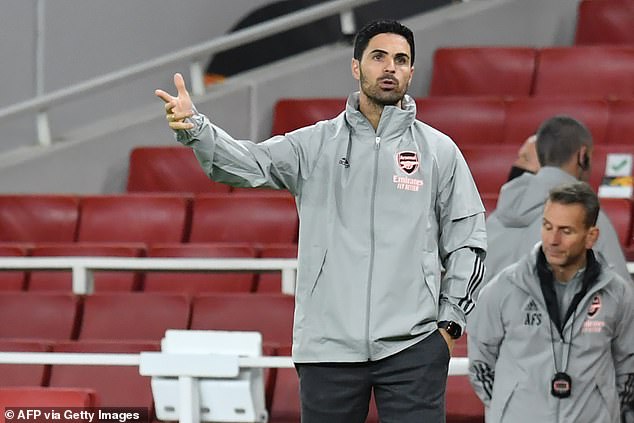