Pablo Mari returned to action for Monza on Thursday night just two months after he was stabbed during an attack in a Milan supermarket.

Mari, who joined Monza on a season-long loan from Arsenal in the summer, was one of six people stabbed at a shopping centre in the Italian capital back in October.

The Spanish defender was taken to hospital after the attack, in which one person was killed, and was told he was ‘lucky’ to avoid life-threatening injuries as he underwent surgery. 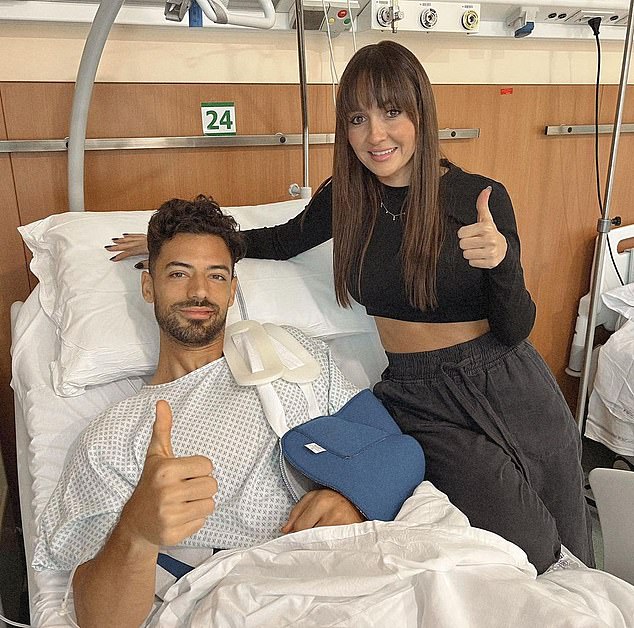 Mari, pictured in hospital with wife Veronica Chacon, was one of six people stabbed in Milan

After going under the knife to reconstruct two muscles in his back, Mari spent two months out of action while recovering before resuming training last week, and on Thursday he made his long-awaited return in Monza’s friendly against Lyon.

With 12 minutes remaining he came off the bench to help the Serie A club hold on for a 2-1 victory in France, boosting his chances of being fit in time for their return to league action against Fiorentina on January 4.

Dany Mota Carvalho fired Monza in front on the night, before Gianluca Caprari doubled their lead with 25 minutes remaining.

There was no clean sheet for Mari on his return to action as Castello Lukeba pulled one back for Lyon in stoppage time, yet it was not enough to spark a late comeback and the visitors saw out the win. 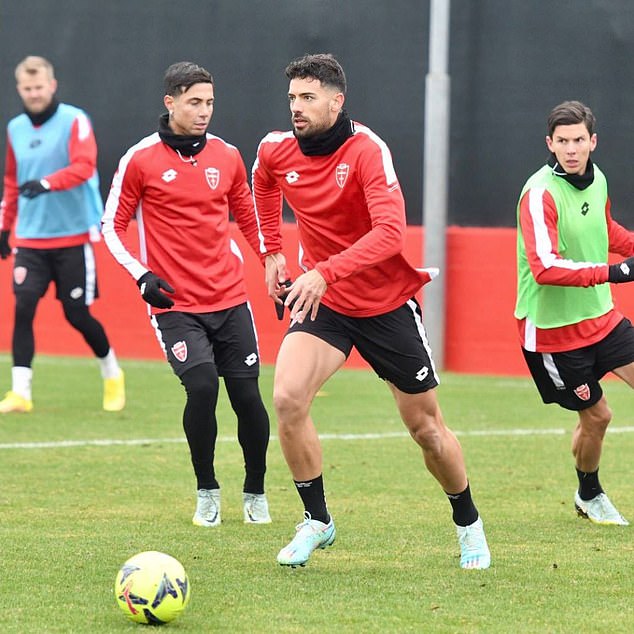 The Arsenal defender, currently on loan at Monza, nade his return to training earlier this month

Mari received an emotional reception after making an appearance on the pitch before Monza’s clash with Hellas Verona last month, with the home crowd giving their injured star a standing ovation.

They also unfurled a huge banner for the player which read: ‘Forza Pablo We’re Waiting For You’.

He had featured eight times for the Italian club before the attack, scoring one goal.

In an Instagram post from his hospital bed after the incident, Mari wrote: ‘After the hard moment we experienced yesterday, both my family and I want to communicate that fortunately we are all fine despite the circumstances, and we want to thank all the messages of support and affection that we are receiving. 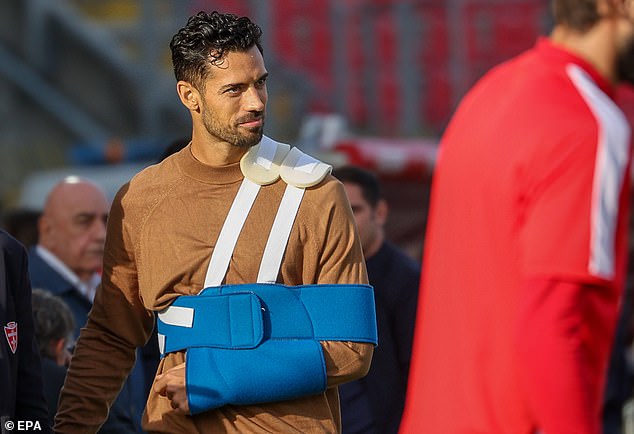 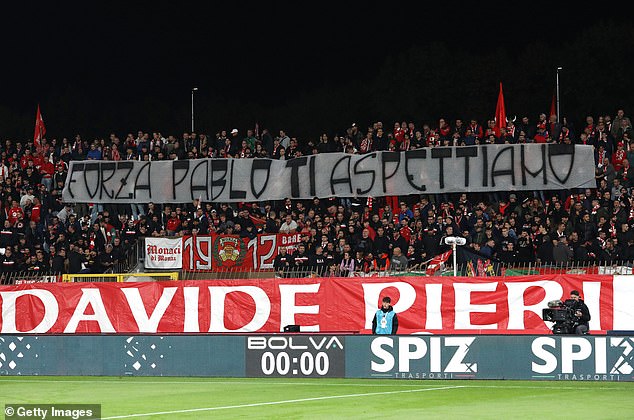 ‘In addition, we want to send our condolences and all our strength to the family and friends of the deceased person, and we sincerely wish that all injured people recover as soon as possible.’

Mari initially moved to Arsenal on loan in January 2020 before making the move permanent the following summer.

He spent the second half of last season on loan at Udinese, making 15 appearances for the club, and was loaned out to Italy again last summer.