Arsene Wenger has ‘no idea’ why Eddie Nketiah left Chelsea

Arsene Wenger said he ‘didn’t know’ why Chelsea would let Eddie Nketiah leave their academy after the 18-year-old’s two-goal starring role on his Arsenal home debut.

London-born striker Nketiah came off the bench to score an 85th-minute equaliser against Norwich City in the Carabao Cup before plundering the winner in extra time.

But Arsenal’s latest youth hero was part of Chelsea’s academy until the age of 14 when he made the move across London after being released. 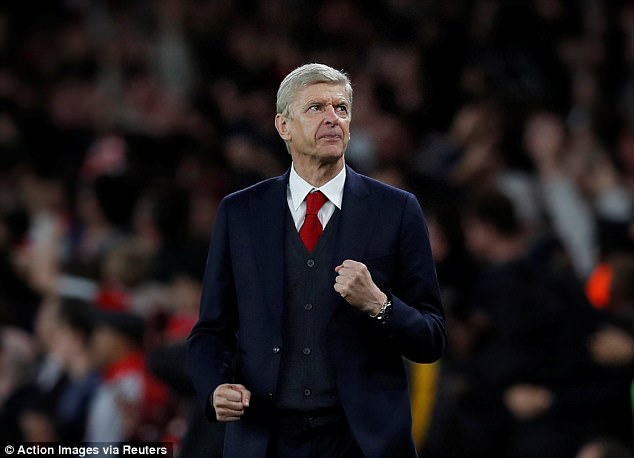 Wenger, having witnessed the first player born after his appointment in September 1996 to score for the Gunners, said he was unsure of Chelsea’s reasoning behind letting Nketiah leave.

‘I don’t know what happened at Chelsea,’ the Frenchman said. ‘He has scored goals at youth level and sometimes I don’t know why they let him go.

‘I don’t know why. You see that more and more. Young people travel from one club to another. I don’t know.’ 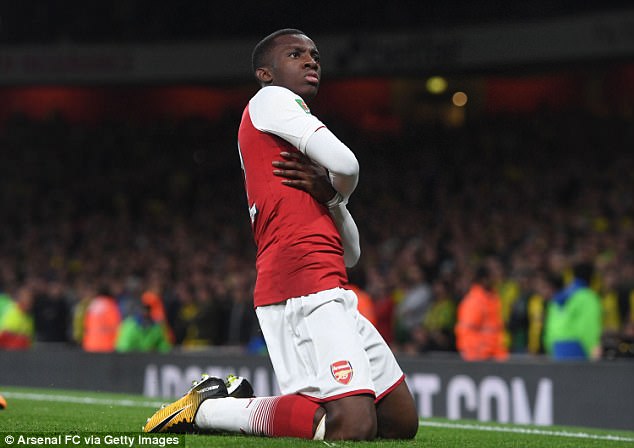 Nketiah was used as a midfielder at Chelsea but his development has soared as a forward at Arsenal, leading to him earning first-team appearances against BATE Borisov in the Europa League and Tuesday night’s game this season.

‘He has top quality and is one of player who was with me in pre-season and I knew what he could do,’ Wenger added. ‘I must say I am impressed think he was not even conceived when I was already here.

‘But it is good as well. Life gives a chance to young people and hopefully he will make a long career at Arsenal. We are proud to give young players a chance.