Arsene Wenger’s incredible longevity at Arsenal will be placed in the spotlight when Arsenal take on Crystal Palace this Thursday.

The Frenchman has battled against a nine-year trophy drought, growing fan unrest and finishing outside the top four to manage his 810th Premier League game and equal the record held by Sir Alex Ferguson.

As they draw level on games managed, Sportsmail reveals the vast differences between their respective records and reveals in detail the unprecedented levels of success Ferguson brought to Old Trafford. 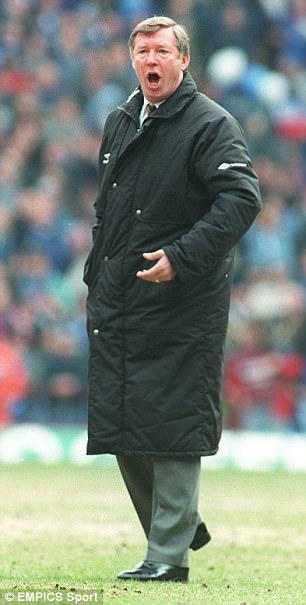 Having already been manager of Manchester United when the Premier League was formed in 1992, Ferguson managed every game until his retirement in 2013. Wenger, arriving four years later in 1996, has spent the ensuing time playing catch up.

But although they will soon be equal on games, that is where the contest ends.

Firstly, even if Arsenal beat Crystal Palace at Selhurst Park, Wenger will still be 60 victories behind his counterpart, who achieved an incredible win percentage of 65 percent on his way to claiming 13 Premier League titles.

Wenger’s defensive line has also conceded 76 more goals than Ferguson’s teams ever did, which lead to 31 more defeats and 29 more draws. There have also been less goals in north London with the Gunners finding the back of the net 106 fewer times.

All of this has resulted in a points per game ratio of 1.98 for Wenger and 2.16 for Ferguson over the same number of matches. Although that appears to be a fairly close statistic, it has lead to a drastic difference in titles.

Arsenal fans will need no reminder of the fact that Wenger has won the Premier League title just three times, the last of which came all of 13 years ago during their unbeaten campaign of 2003-04.

Inevitably, the Scotsman also boasts a far greater number of individual accolades with 11 manage of the year awards compared to Wenger’s three and 27 manager of the months awards to 15. In fact, the Frenchman hasn’t added to his tally since October 2015.