Arsenal manager Arsene Wenger has admitted he does not view the Europa League as an avenue by which to qualify for the Champions League.

After missing out on reaching Europe’s elite club competition last season after 19 straight qualifications, Wenger’s side begin life in the Europa League by facing German side Cologne on Thursday.

Europa League glory would guarantee a Champions League place next season – a route taken by Jose Mourinho’s Manchester United last year – but Wenger believes the best way to qualify is via the Premier League. 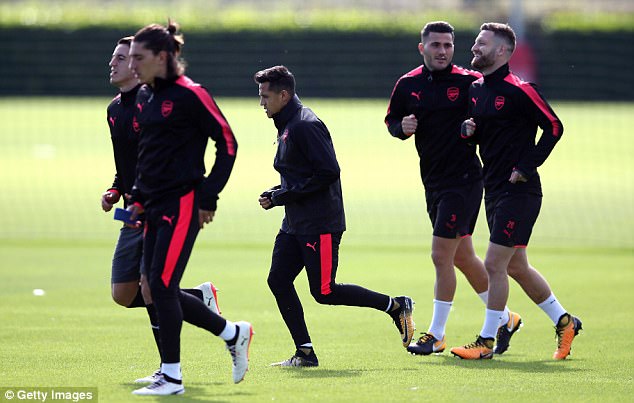 ‘We don’t calculate that this is a way to qualify for the Champions League,’ Wenger said at a Wednesday press conference ahead of Cologne.

‘It is not the best chance but one of the opportunities. I came out many times saying the best way to do it is the top four of the Premier League.’

Wenger does not believe playing Thursday to Sunday this season will damage his side’s Premier League campaign.

Arsenal play Chelsea on Sunday and Wenger is expected to rotate for Thursday’s game with the Premier League encounter at Stamford Bridge in mind. 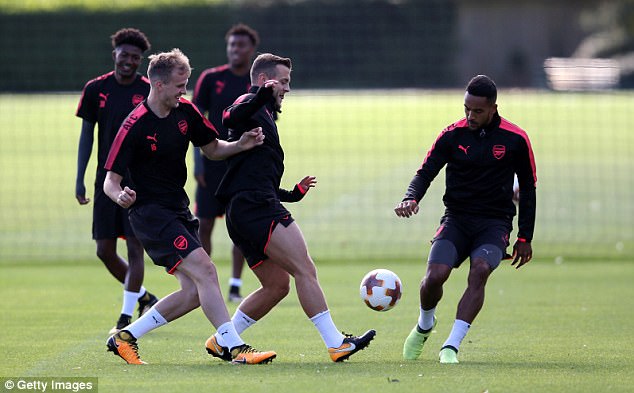 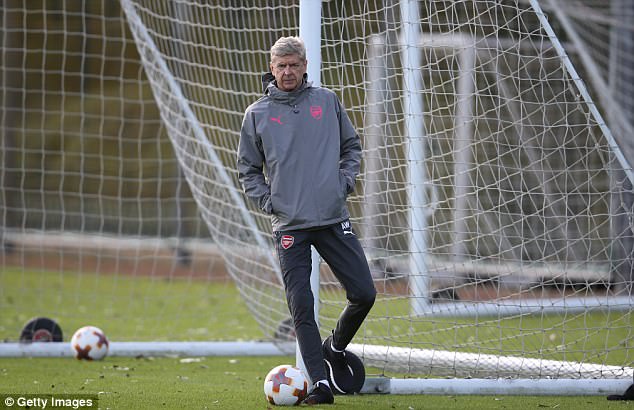 ‘Chelsea is a good opportunity to show we can do that,’ Wenger said of balancing the demands of Arsenal’s schedule. ‘You have to not get caught in your mind with preconceived ideas.

‘In three days, you can recover.’

Petr Cech, Laurent Koscielny, Alexandre Lacazette, Danny Welbeck, Granit Xhaka, Mesut Ozil and Aaron Ramsey all sat out training on Wednesday and are not expected to be involved against Cologne but Alexis Sanchez could start for the first time this season.