Artist, 78, who stalked life model, 48, during a 13-year obsession is banned from contacting her

Walter Kershaw, 78, has been banned from contacting Catherine Mitchell, 48, for life

A world renowned artist who developed a 13-year obsession with a life model after painting her nude has been banned from contacting her for life.

Walter Kershaw, 78, who has appeared on BBC TV and radio shows was arrested after he repeatedly hounded Catherine Mitchell, 48, following the break up of their 12 month affair which began in 2006 when she asked for him to paint her portrait.

During his ‘predatory’ stalking campaign twice married Kershaw pursued his ex-lover around their hometown of Littleborough near Rochdale, Greater Manchester.

The artist waited outside a church and followed her around the aisles of a supermarket telling her she was beautiful.

He also sent her love letters and romantic cards and would drive slowly passed her home blowing kisses at her.

Later he gave a head and shoulders oil portrait of Miss Mitchell pride of place in the front window of his art gallery in Littleborough, near Rochdale, Greater Manchester. 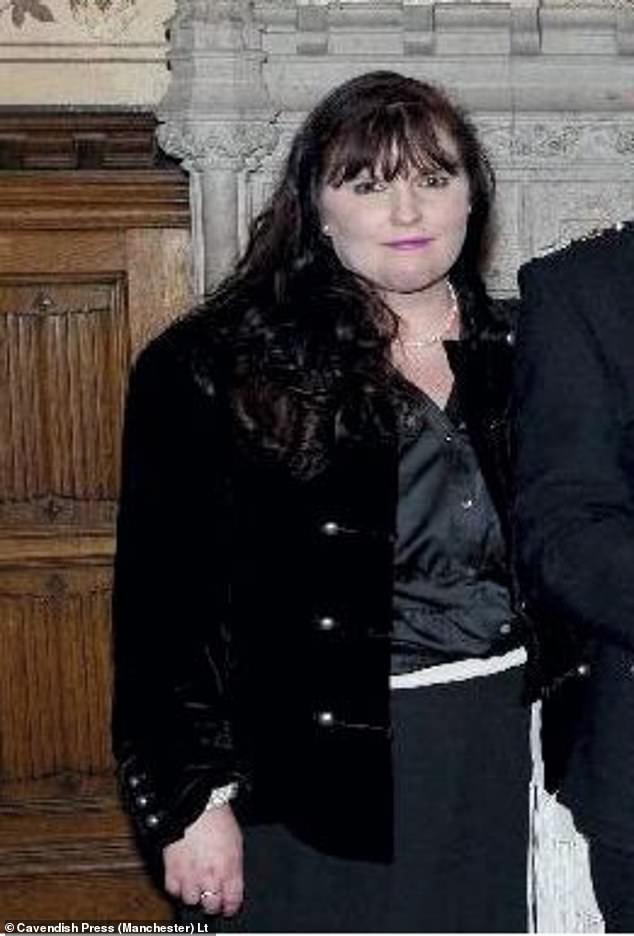 Catherine Mitchell, 48, who was stalked by artist Walter Kershaw after she agreed to pose nude for him

Miss Mitchell would take taxis to avoid her ex-suitor and even trudged across muddy fields at the back of her home so she would not encounter him outside her home.

In 2013 Kershaw – who counted George Best and Bob Monkhouse amongst his fans – was ordered to keep away from Miss Mitchell under the terms of a restraining order. He was even banned from displaying a photo, painting, sketch drawing or any image of the victim.

But he repeatedly continued harassing Miss Mitchell and was arrested again after he spotted then victim, now 48, again near a park on Christmas Eve last year as she was out on a shopping errand with her elderly mother. 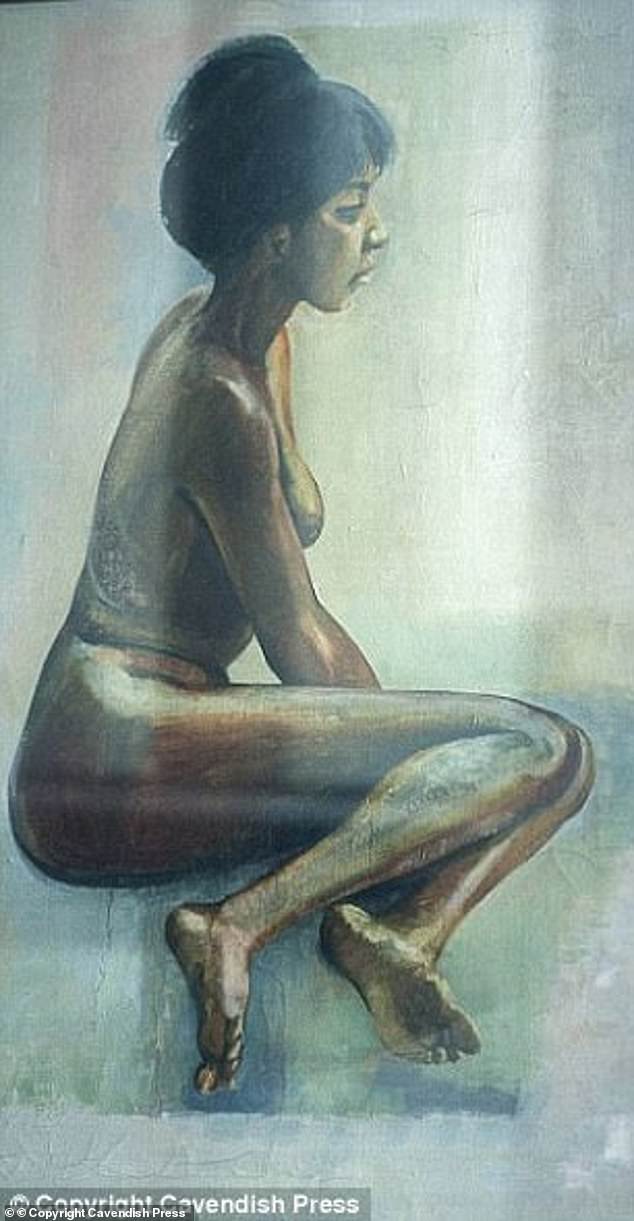 During the incident he repeatedly told Miss Mitchell: ‘I adore you’ – forcing the two women to flee in a taxi.

At Manchester magistrates court, Kershaw whose works in the 1970s earned him interviews with TV presenters including Anna Ford, Janet Street Porter, Sue McGregor and the late Russell Harty admitted three breaches of a restraining order and was banned from contacting Miss Mitchell indefinitely.

He was sentenced to 20 weeks jail suspended for a year and was ordered to complete 100 hours unpaid work and play costs and surcharges of £200. 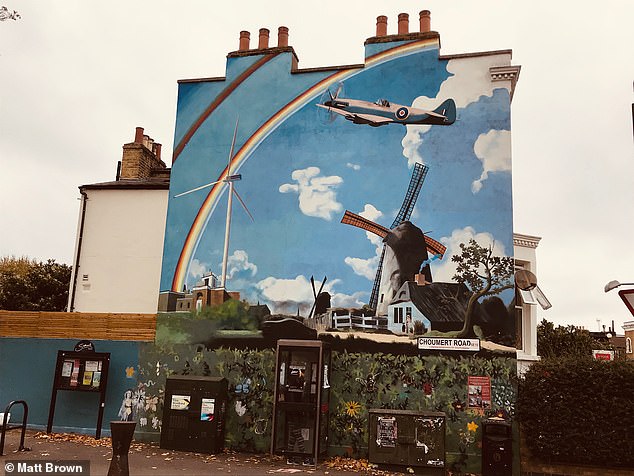 Kershaw had shot to fame in the 70s with his large-scale murals on houses was dubbed ‘the Original Banksy’ with his work displayed as far afield as Sao Paolo in Brazil. He met Miss Mitchell when she asked for the portrait in 2006 and they began a relationship but she said he was ‘quite unpredictable’ and ‘very controlling’ and had ‘temper tantrums’.

The following year she broke up with Kershaw after she was hit by a motorbike and suffered life-threatening brain and leg injuries in a collision outside his gallery. But Kershaw who would claim: ‘You should never give up on love’ continued pursuing Miss Mitchell around the town and placed a head and shoulders portrait of her in his shop window which she had not requested or seen.

Police issued Miss Mitchell with a hand-held panic alarm and she used it when he turned up outside the house. Eventually in January 2009 he was spoken to by police and warned not to contact her but the following year PIN harassment orders was issued against Kershaw not to contact Miss Mitchell and her mother. 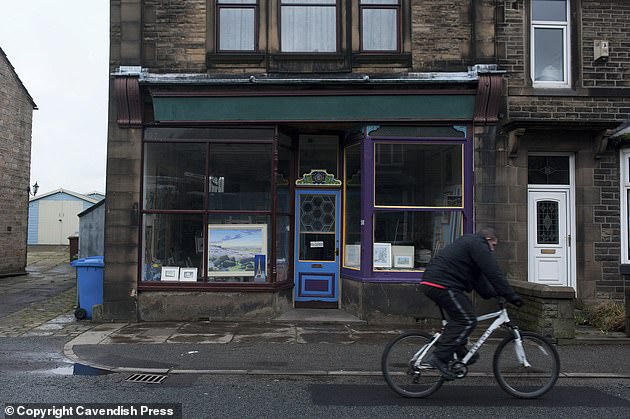 Kershaw gave a head and shoulders oil portrait of Miss Mitchell pride of place in the front window of his art gallery in Littleborough, near Rochdale, Greater Manchester 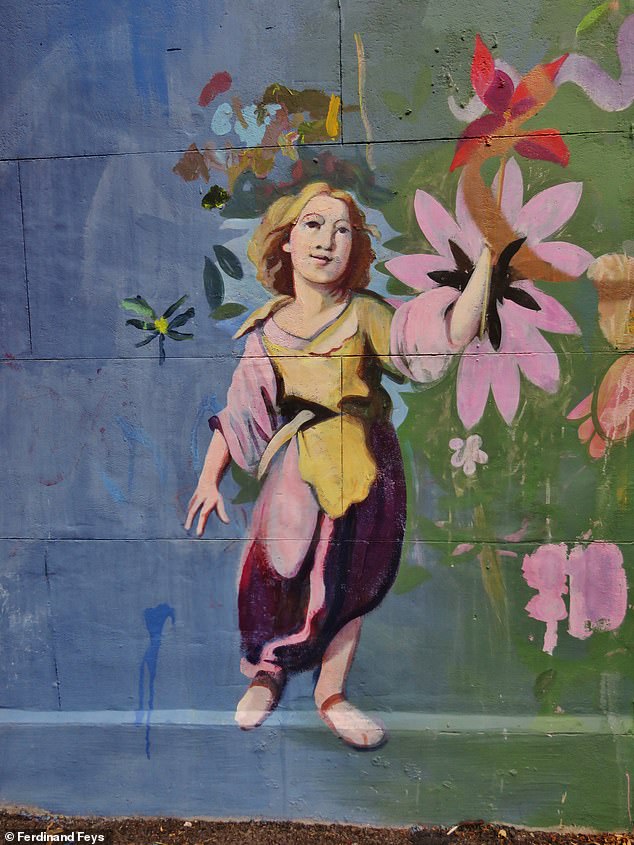 A mural of Kershaw’s depicting a blonde haired woman. He is now banned from painting the victim

The latest incidents occurred On December 24, 27 and 29 last year whilst Miss Mitchell was out with her mother. Prosecutor James Gore said: ‘The complainant was doing some shopping when she heard somebody say: ‘it’s Mr Kershaw’.

‘The defendant then walked over to her and said: ‘I adore you’, which made her feel uncomfortable. He was persistent and she then went over to her mother, who she had been out with, got into a taxi and and they were driven.

‘The defendant appeared to take the same road, but she didn’t know if this was his normal route. She made the police aware in it, in any event. and she indicates she had seen Mr Kershaw a number of times. On one day in particular, December 27, Miss Mitchell was in a local shop with her mother when she sees Mr Kershaw speaking with her mother some distance away. 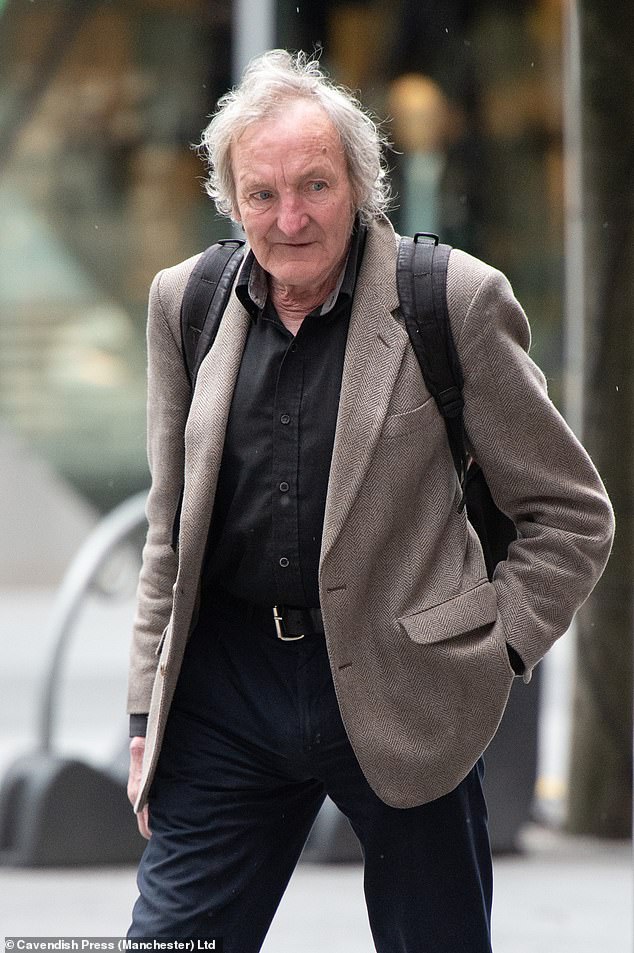 ‘He was saying: ‘I do apologise’ and he then left afterwards.’ He told the judge: ‘You have his antecedence and you know of the history in relation to this matter, including the number of previous breaches.’

In previous police interview Kershaw had claimed he ‘no idea’ his conduct was affecting the two women. He said he was ‘smitten’ with Miss Mitchell and described her as a ‘very beautiful woman.’

But in a statement Miss Mitchell who had previously told how she been left in fear of Kershaw said: ‘The incident at the park left me with a feeling of disbelief and very concerned for mine and my mother’s safety.

‘I don’t know what he might do or what he is capable of. He has no regard for the conditions of his restraining order and I just want him to leave me alone.’

Miss Mitchell’s mother Marjorie, 74, said: ‘l was shocked and thought to myself ‘how dare you’. He has breached an order set down by the law, he must not be allowed to return to that in case he re-offends. I’d ask to make the restraining order for a few years which will allow us to move forward. It’s predatory behaviour.

‘We have taken taxis to avoid him, plodded across muddy fields and dodged aisle to aisle in the supermarket. I would describe him as a narcissistic individual who tries to oil himself in with people.’ 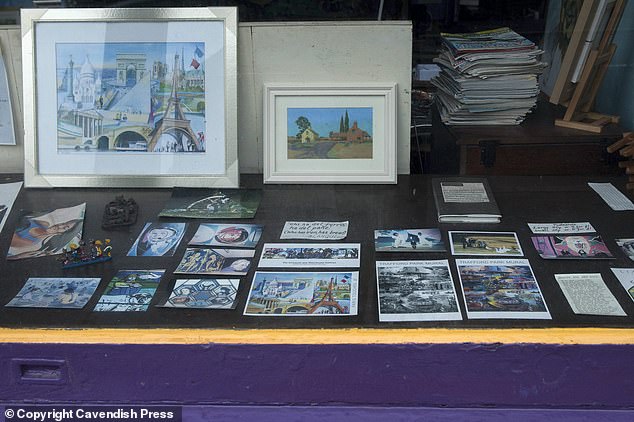 Walter Kershaw’s gallery in Littleborough, Greater Manchester, where he displayed a portrait of Ms Mitchell without her consent

In mitigation Kershaw’s lawyer Richard Birtwhistle said: ‘These are chance meetings – both parties live in Littleborough which is a small town with very few choices to make in terms of supermarkets and Mr Kershaw frequents the two shops in question on a regular basis.

‘Perhaps the frequency of the visits paid to those shops by the complainant and her mother increased due to the time of year and increased the chance of the chance meeting. There has been no further offending reported since the these matters at the very end of 2018.’

‘It seems to me that these offences are so serious only a custodial sentence can be justified but I have decided to suspend it because since December of last year you have complied with this order. You haven’t done anything more sinister than apologise for your previous behaviour.

‘There will be no compensation as it is not possible to quantify the distress that may have been caused as a result of your behaviour.’

Walter Kershaw became famous in the 1970s for his large-scale murals.

The painter reached international fame as a pioneer of street art and is still in work today painting large-scale, outdoor murals.

He gleaned the nickname the ‘Original Banksy’ as a result of being the UK’s ‘first’ graffiti artist. 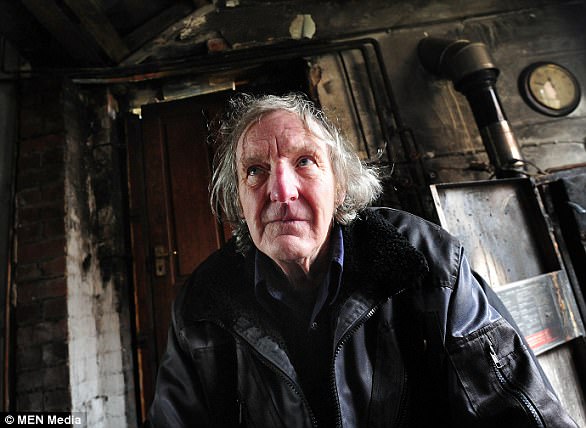 Kershaw is celebrated for distinctive murals such as The Inside Out House, painted on a building in Rochdale in 1976, and the Trafford Park Murals in Manchester, completed in the 1980s and 1990s.

His art has taken him all over the world, from Paris to Brazil and the Algarve to San Francisco.

Kershaw has appeared on radio and television, and his fans include Bob Monkhouse and George Best.