As Liverpool face injury crisis in midfield, who can Jurgen Klopp call upon?

Alex Oxlade-Chamberlain’s season is over after he picked up a knee ligament injury that will have far-reaching consequences for both Liverpool and England.

The midfielder will miss the World Cup, but more importantly for Liverpool fans he will be absent from their charge towards the final of the Champions League.

It leaves Jurgen Klopp with only three fit senior midfielders to choose from for the final three Premier League games and the trip to Roma next week. 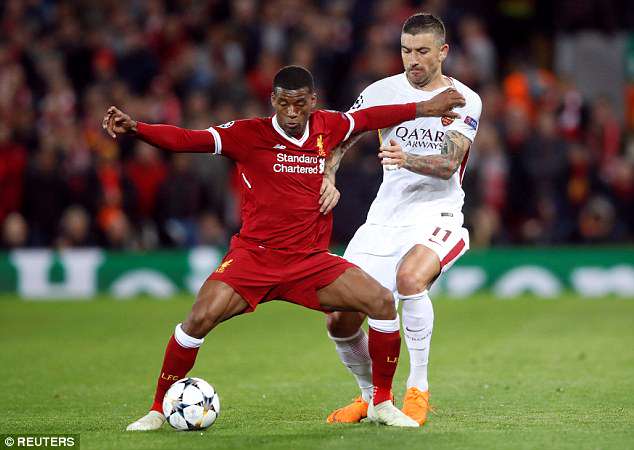 Emre Can and Adam Lallana are already unlikely to feature again this season after picking up injuries last month.

With the likes of Marko Grujic, Ryan Kent, Ovie Ejaria, Pedro Chirivella and Harry Wilson out on loan, he will need to dig deep into the academy for a solution. 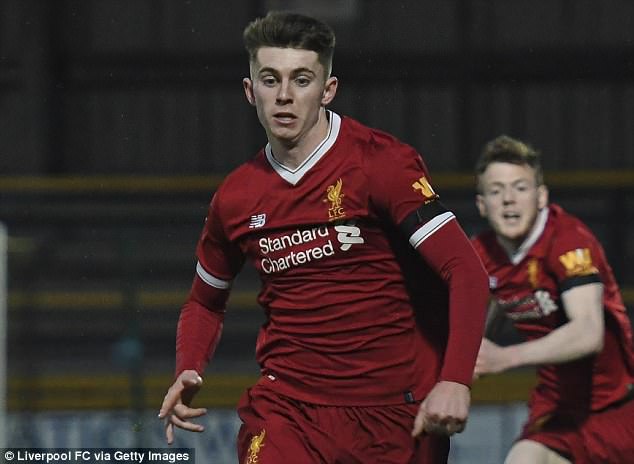 Liverpool’s youngest ever goalscorer made his name scoring for fun in the academy. He even scored on his full Wales debut just last year.

But his role has morphed over the last year. Instead of being deployed as a striker, a shift has seen him more often used in a deeper role.

That tends to be as a No 8, knitting play between attack and midfield – a role that Oxlade-Chamberlain had made his own with surging runs forward.

After breaking through into the first team last year, playing nine times, the 18-year-old’s progress has slightly stalled this term.

His appearances have been restricted to Under 23 and UEFA Youth League outings, but youth boss Neil Critchley has worked closely with him to hone his game, and he still regularly trains with the first team at Melwood.

The Welshman is likely to be the biggest beneficiary of the current injury crisis, and surely deserves a chance to remind Klopp of his undoubted talent. There is a lot of excitement around Kirkby about 17-year-old Curtis Jones, who signed his first professional deal in February.

The Toxteth-born midfielder has been at Liverpool since the Under 9s, and is the player around who Steven Gerrard’s Under-18 side has been built.

He was promoted to the Under 23s in January, and was on the bench for this month’s Merseyside derby stalemate.

The future is certainly bright for Jones, who was named captain of the England Under 17s in a win over Russia last November.

He is in a similar mould to Woodburn, likes to get forward and attack, doing some of his best work around the opposition box.

Playing in the latter stages of the Champions League may prove a bit too soon for him, but he will insist he’s ready to make his Premier League bow. 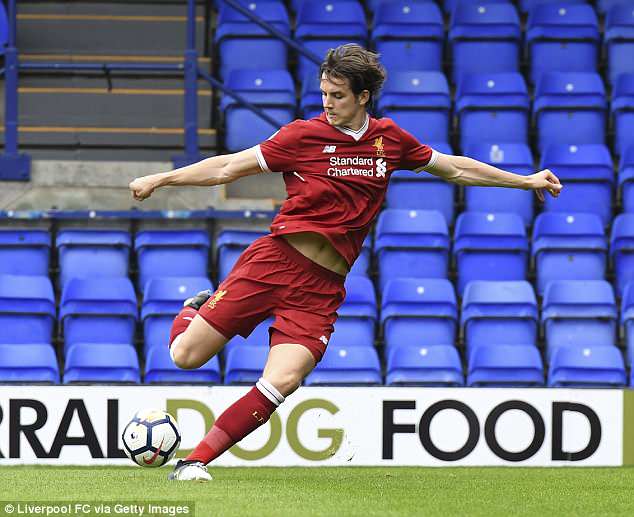 It has been slow progress for Jordan Williams since he made his Liverpool debut in a League Cup penalty shootout win over Middlesbrough in September 2014.

It remains his only first-team appearance for the club, and the Welshman has since seen his role become less defined, flitting between central midfield and the centre of defence.

At 22 and standing 6ft tall, he at least has a bit more experience and provides more of a physical presence then some of the alternatives.

Having spent the first half of this season on loan at Rochdale, Williams has since returned to his parent club after making only eight appearances.

By this stage in his development, Williams should be higher in the pecking order but has failed to kick on.

A lack of action at Under-23 level makes it unlikely you will see him near the first team, despite the current spate of injuries. Born in Bristol, Liverpool can’t claim Herbie Kane to be one of their own, but they could get used to seeing him in a red shirt.

The 19-year-old has become a regular in the Under 23s and is making big strides at youth level with England as well.

Sportsmail’s Secret Scout wrote in March that he ‘shows a maturity beyond his years’, highlighting how wearing the captain’s armband had elevated his game.

He may lack speed but as an intelligent young player, who often makes the first move in his head, he may well find himself promoted ahead of time. Another youngster making a big impression in the Liverpool academy, Rafael Camacho is perhaps the most wildcard choice of all the potential replacements for Oxlade-Chamberlain.

The Portuguese starlet was snared from the Manchester City academy two years ago and has made huge strides since.

The 17-year-old is strictly a winger, and scored a stunning goal cutting in from the right onto his left foot in a UEFA Youth League win over Manchester United this year.

But the development of youth at Liverpool has increasingly centred around fluidity, and while being more comfortable in a front three, Camacho has found himself as part of a midfield trio.

Like Curtis Jones he was on the bench for the draw at Goodison Park earlier this month, and could well make his first-team bow very soon.