Alastair Cook may have broken almost every record in England’s batting book but he had never gone 11 Test innings without even a half century before.

That is why the return to form of Cook with a quite magnificent unbeaten hundred here at the MCG was the most significant factor of a day that became a glorious one for England in what has been a sorry series.

It has been the miserable displays of England’s key players that has been the biggest reason why the Ashes were again lost in Australia after three Tests but this was the day that Joe Root’s senior lieutenants bit back.

Alastair Cook celebrates as he reaches his century on the second day of the fourth Ashes Test in Melbourne, Australia 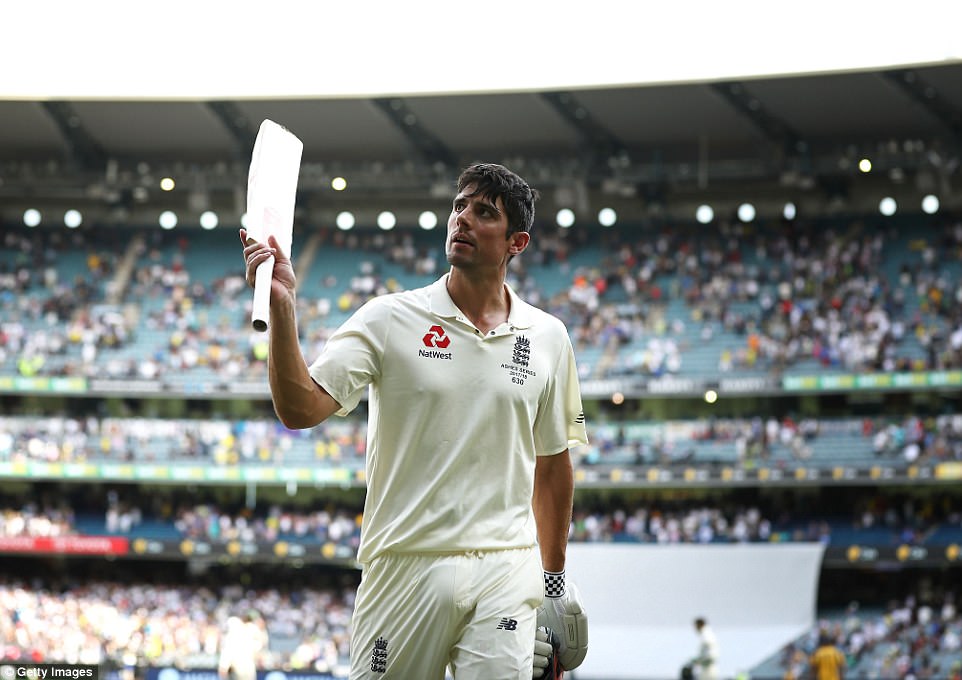 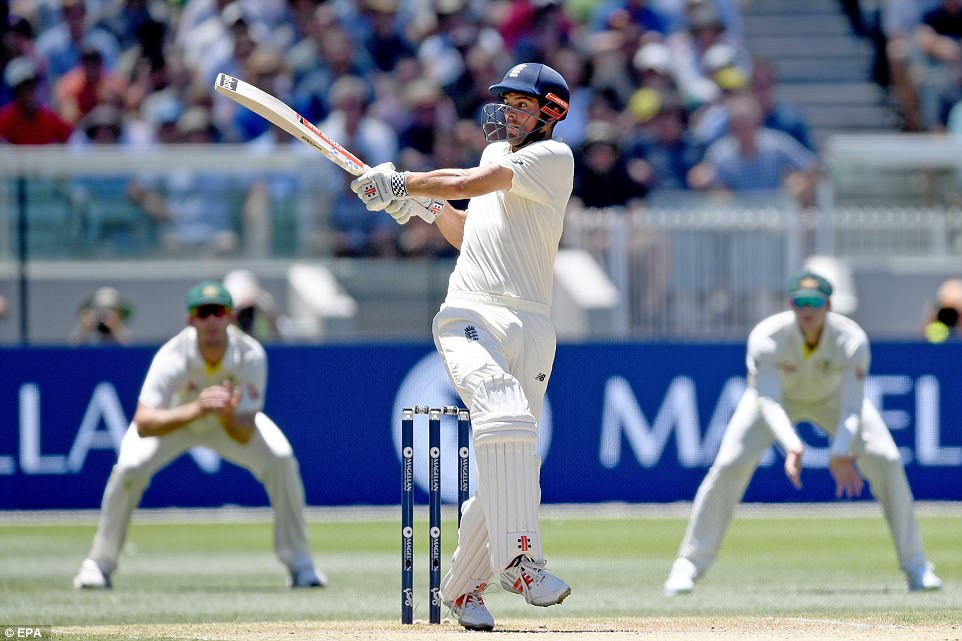 After a disappointing series with the bat, the former England captain found his very best form against Australia’s attack 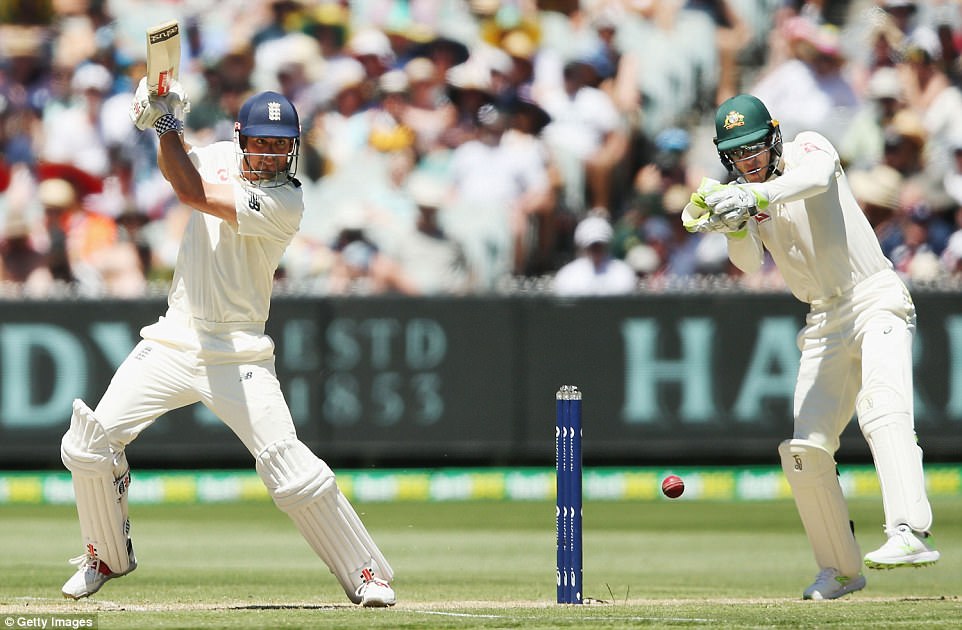 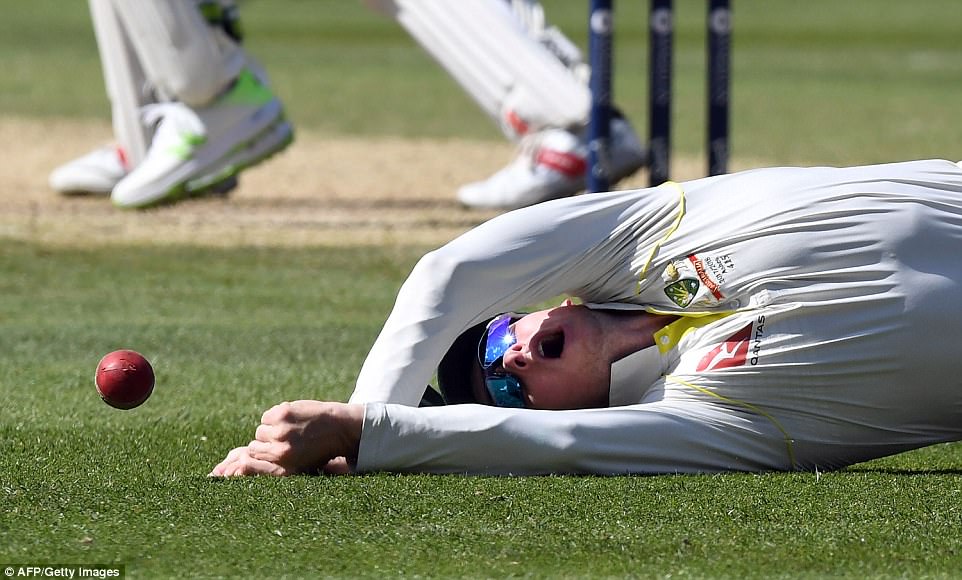 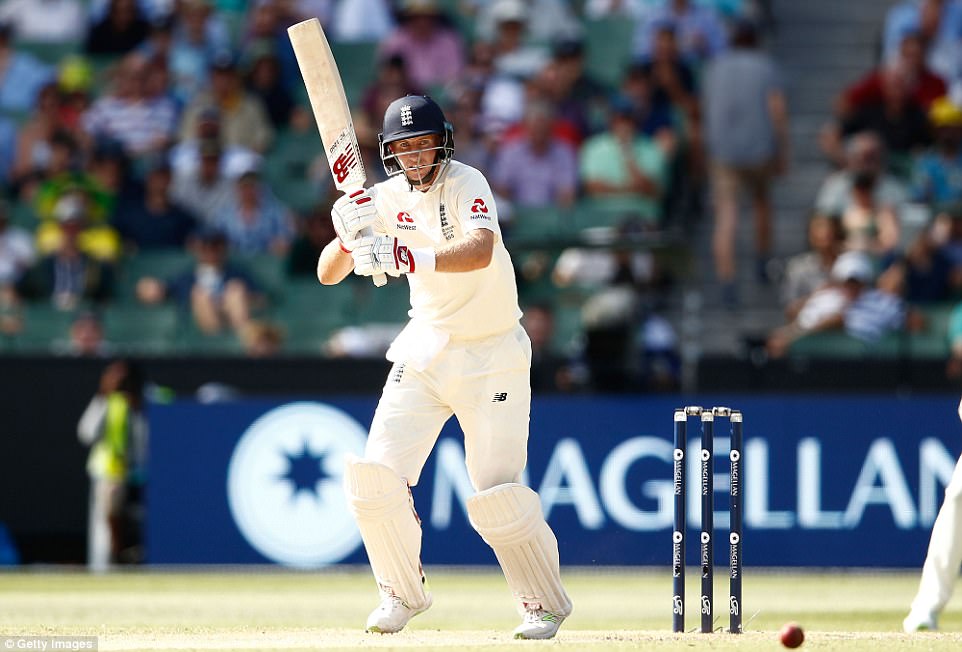 First there was Stuart Broad, so bad in Perth that even his former England captain Michael Vaughan was calling for his head, showing why it really would be foolish to write him off just yet with his best figures of the year.

Then, after England had enjoyed the welcome sight of Australia collapsing rather than them to lose their last seven wickets for 67, came one of the more important half centuries that even Cook had ever made.

It was not quite up there with the famous opening to the Boxing Day Test here seven years ago when Australia were bowled out for 98 but England’s dominance of this second day was still a welcome sight for sore English eyes.

The day started with Australia’s immovable object in Steve Smith at the crease on a ground where he had not been dismissed in over three years while amassing an extraordinary average of 137.

While the Australia captain was there this fourth Test looked like following a very familiar script but Smith’s hopes of leading his team to the score of 500 plus that looked assured after the first morning were quickly dashed.

Tom Curran saw his first Test wicket disappear on the first day when he overstepped after having David Warner caught on 99 but now he claimed the one bigger scalp in the Australia side when Smith dragged on a wide one. 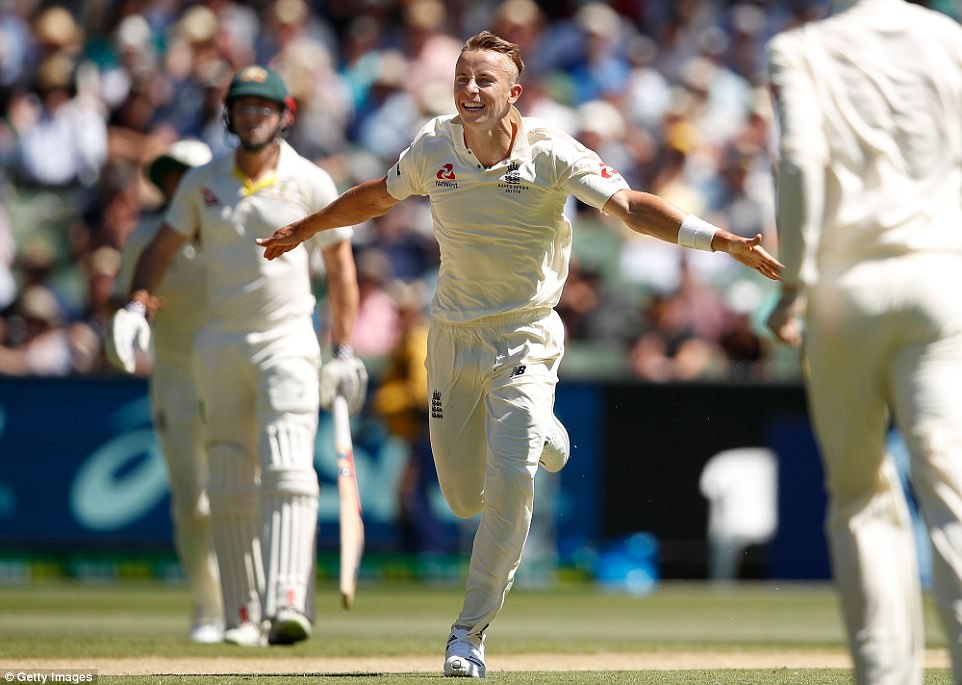 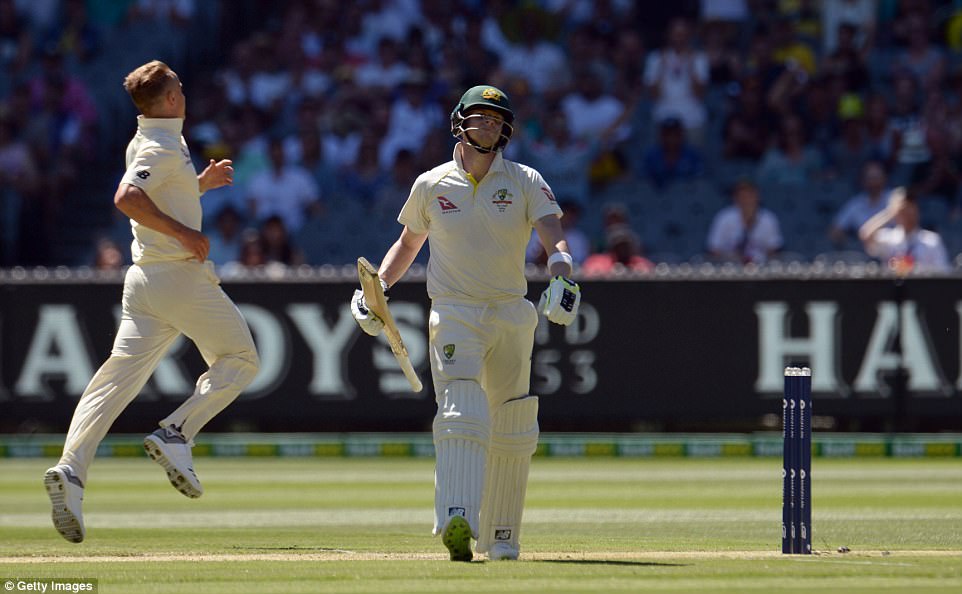 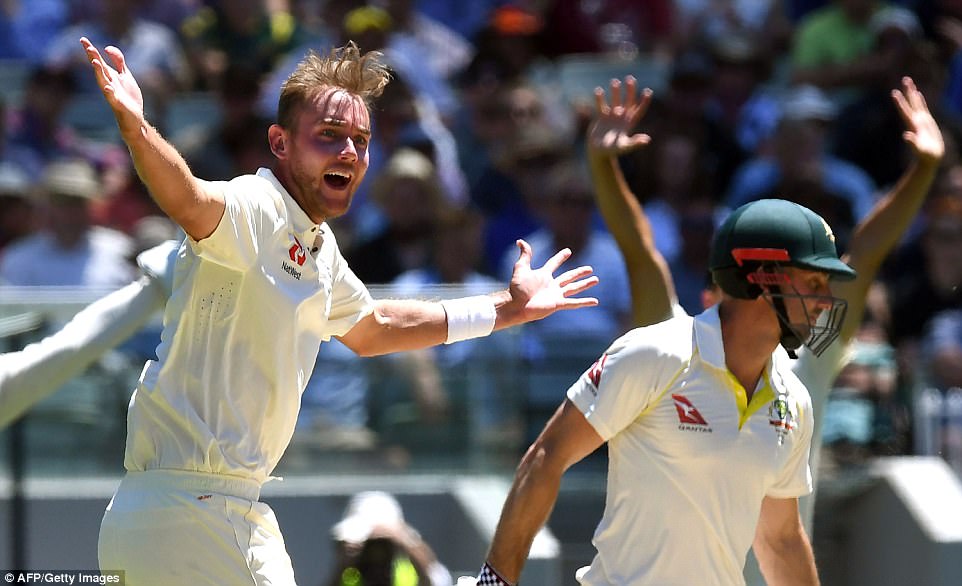 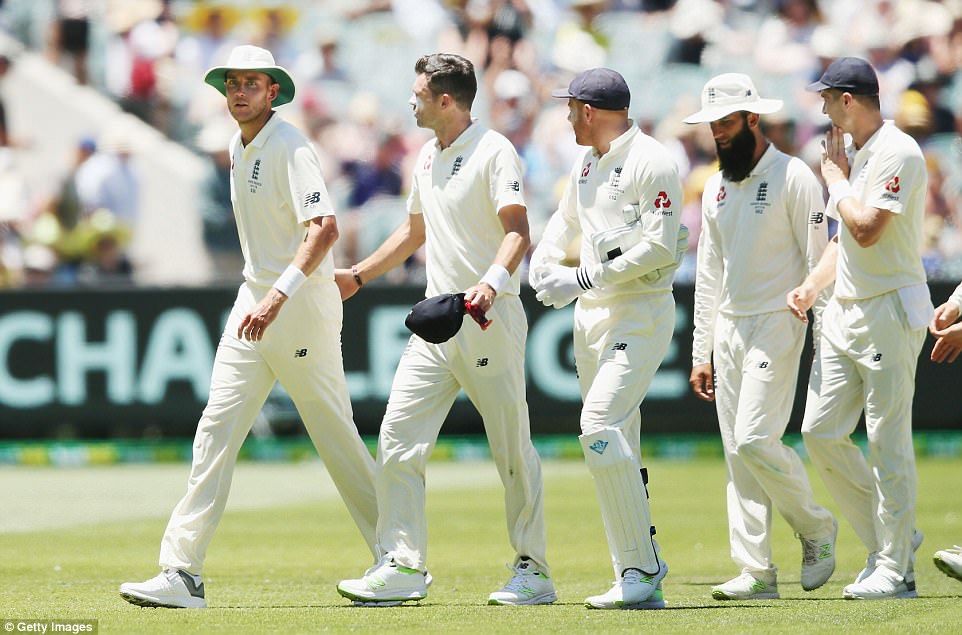 The door was slightly ajar and England barged through in the form of England’s big two in Broad and Jimmy Anderson, who showed the skills on a slow, flat drop-in wicket that have brought them more than 900 Test wickets.

Between them Broad and Anderson, gaining just enough reverse swing, took five of those seven wickets that quickly disappeared once Australia had lost the biggest difference between the sides in this one-sided series in Smith.

England had enjoyed an excellent session but their problem here has been backing it up and they desperately needed Cook to set the tone that has proved so elusive ever since his double hundred against West Indies last summer.

Cook, who turned 33 on Christmas Day, has seen his continuing hunger for the battle questioned here even though he has been spending more time in the nets and with his favourite batting coach in Gary Palmer than ever before.

Those questions about whether he still had the passion and desire for the heat of the battle would have grown louder had Cook gone throughout the whole of a beaten Ashes series without a single meaningful contribution.

But he has always been tougher than he looks and now there was a purpose about Cook and a certainty about his footwork from the start against an Australian attack that had most of its venom drawn by the MCG surface.

Mitchell Starc was missing with a heel injury and Pat Cummins was struggling to stay on the field through illness which made life considerably easier for an England team who had been battered into submission in Perth.

It seemed the whole of Australia had taken offence at Anderson’s pre-Test comments about the lack of depth in Australia’s fast bowling reserves but they were proven spot on by the performance of Starc’s replacement in Jackson Bird. 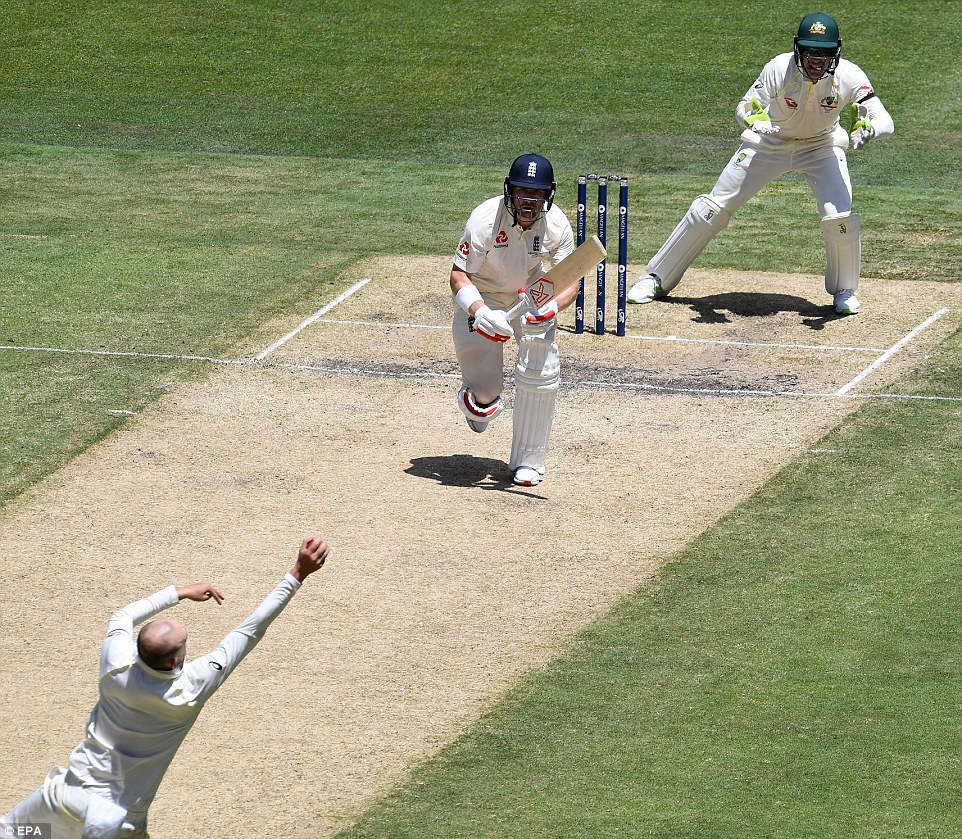 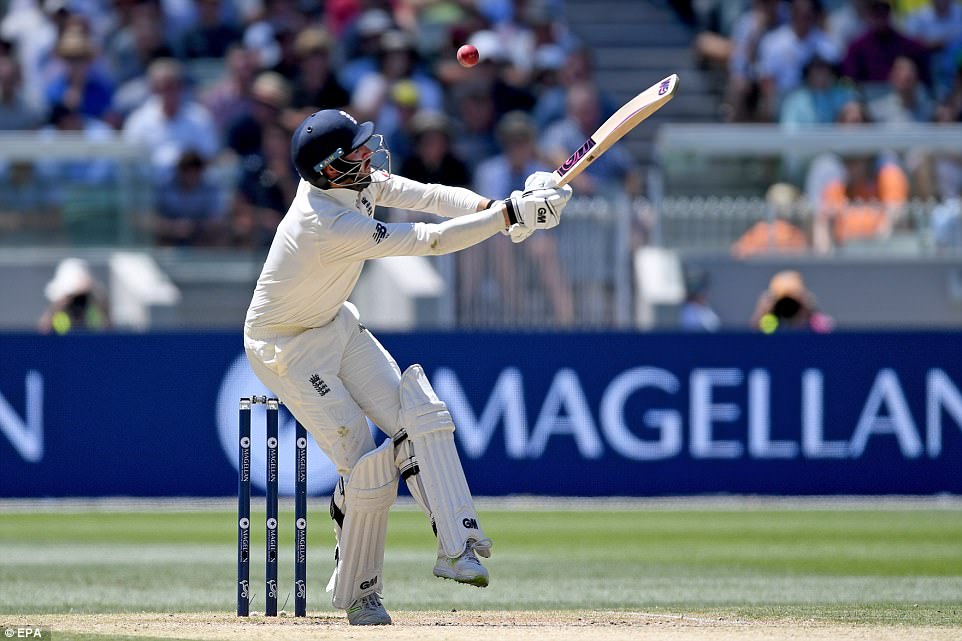 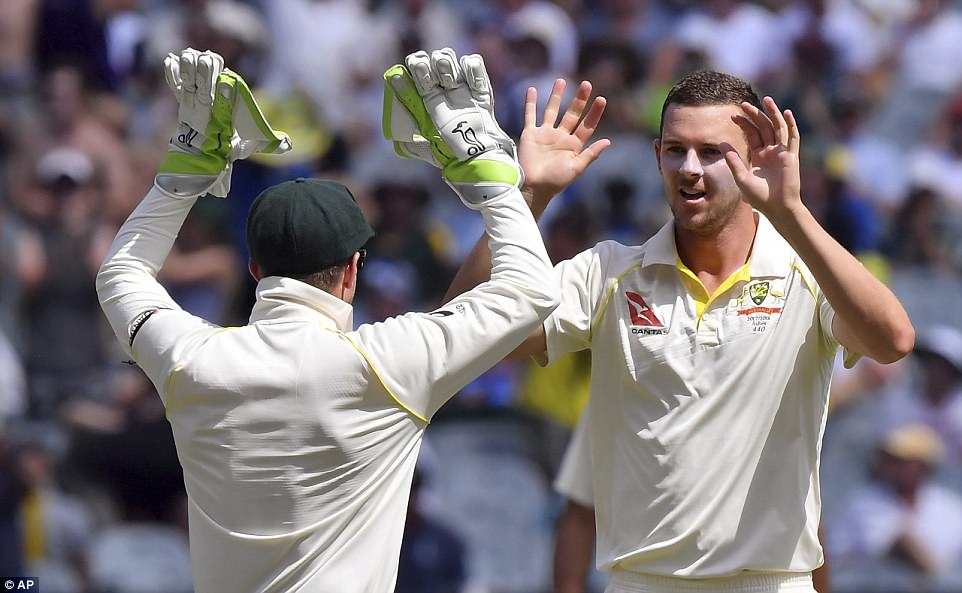 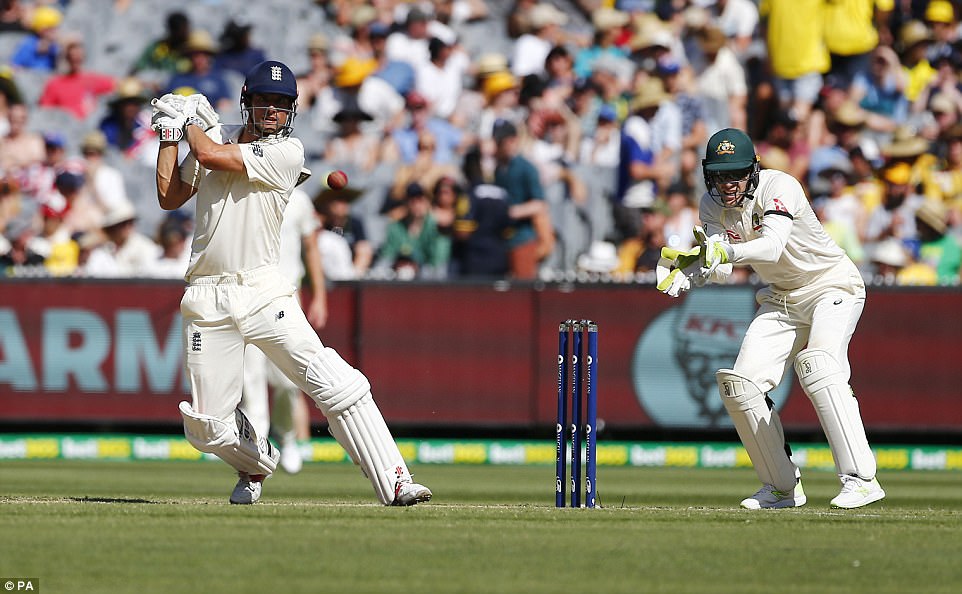 Bird, it turned out, was slower than every ‘fast’ bowler on either side bar Curran which left the remaining key components in Australia’s attack in Josh Hazlewood and Nathan Lyon to carry the bulk of the load.

It was Lyon who dismissed Mark Stoneman with another outstanding catch off his own bowling and it was Hazlewood who claimed the second English wicket with the help of both his victim in James Vince and the umpire in S Ravi.

Vince looked out to the naked eye when Hazlewood thudded one into his pads and was happy to walk off once Ravi had raised his finger and his partner Cook had asked him whether he had hit it while they considered a review.

Trouble was, HotSpot revealed Vince had got a thin inside edge onto pad which he clearly didn’t hear himself so he paid for his unselfishness – or perhaps it was a lack of the self-preservation instinct the best players have – and again failed to deliver the big score his classy shots suggest he should be making.

If only Vince had anything like the character of Cook who, like Broad, sums up the adage of form being temporary but class permanent. Only when Smith dropped him off Mitchell Marsh when he had made 66 was Cook ever in trouble.

Joining him in an unbroken stand of 112 as they closed on 192 for two, just 135 behind, was his successor as captain in Root who was described by Ricky Ponting as a ‘little boy lost’ before this Test and who desperately needed runs himself in this most difficult of all series.

Cook was helped to his 32nd Test hundred by Smith bowling himself for the last over of the day and he will resume on 104 and Root on 49 with England really having a chance to put themselves in a position to win a Test here in Australia with a decent first innings lead. This time they cannot let it go to waste. 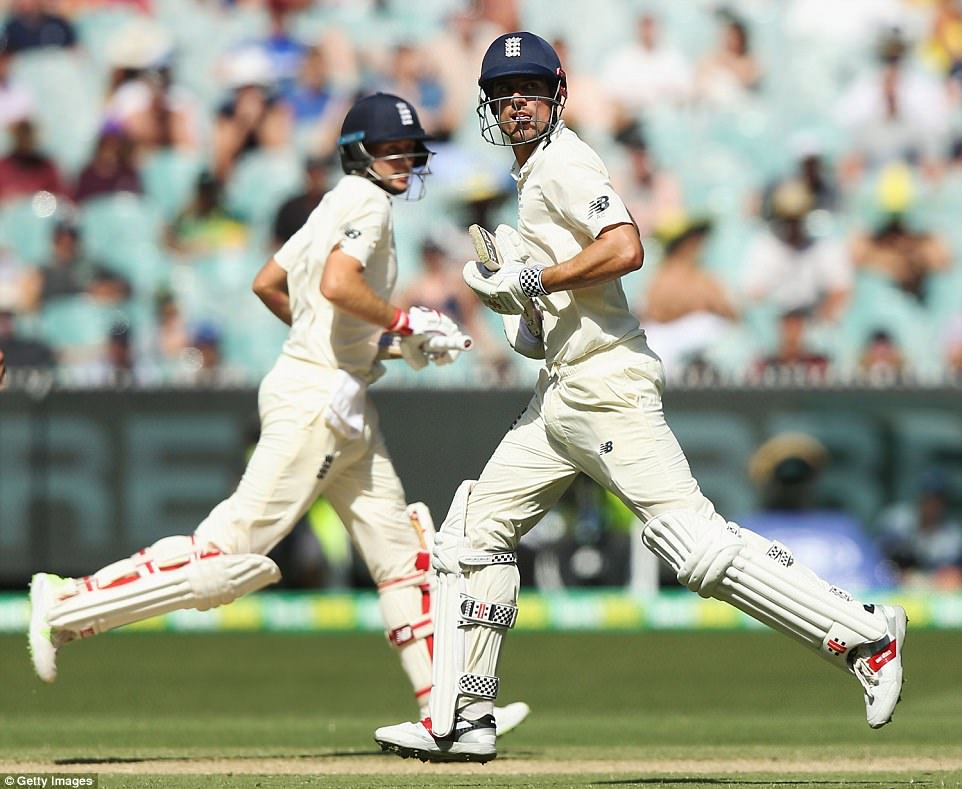 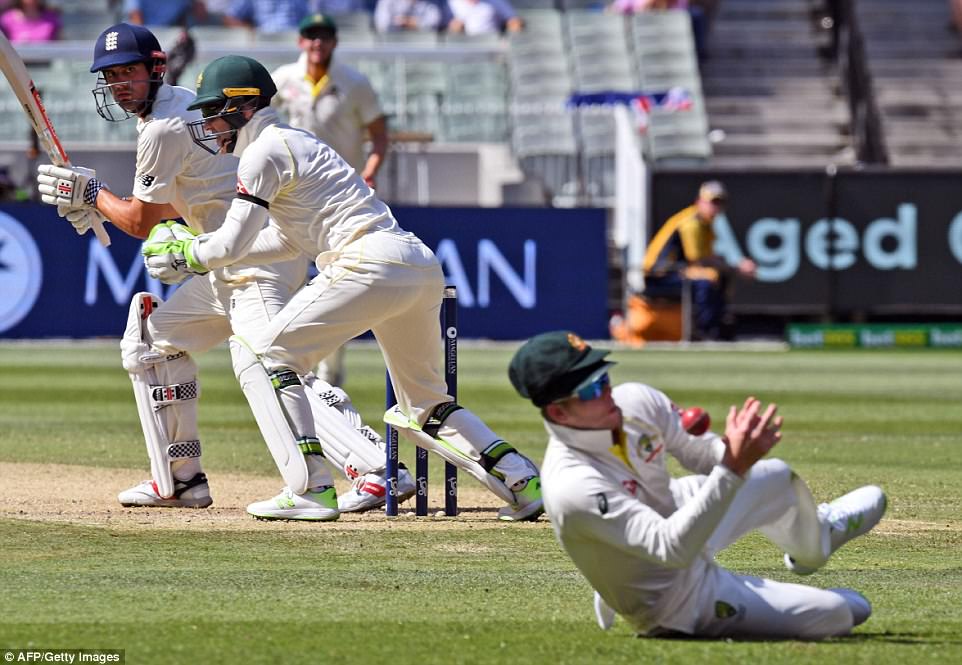 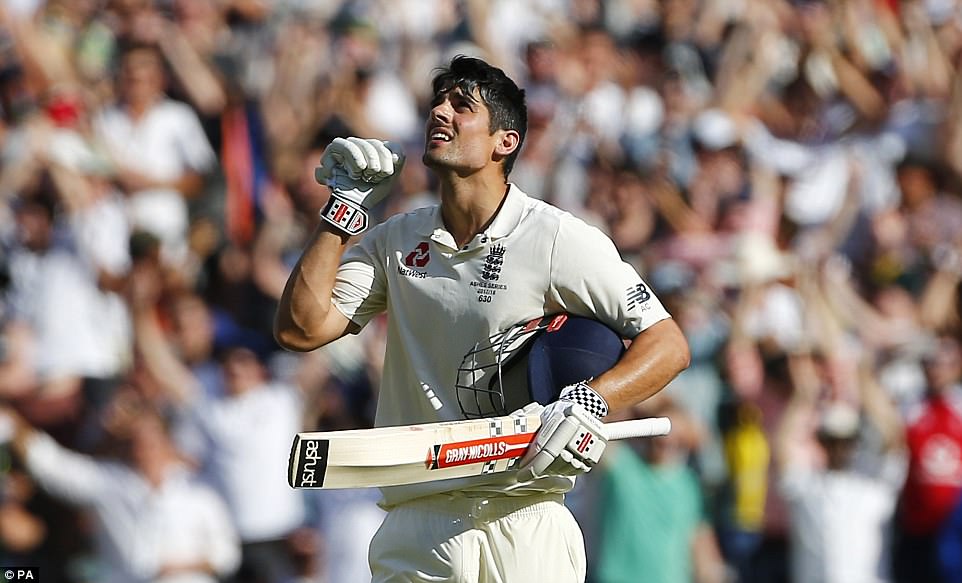