The revelation comes as the NSW state Labor opposition revealed they would be prepared to launch a crackdown on dating apps if it is elected in March.

Gaddie, 33, is accused of brutally killing teacher Dannielle Finlay-Jones, 31, at her friend’s Cranebrook home in Sydney’s west after meeting via a dating app.

Police will allege Ms Finlay-Jones introduced Gaddie to friends at the Marsden Brewhouse at Marsden Park before allegedly murdering her later that evening.

The couple were initially believed to have hooked up on Tinder, where Gaddie presented himself as an outdoorsman who loved the gym and sushi.

However, sources with knowledge of the investigation have now told Daily Mail Australia that the couple are believed to have met via the rival Bumble app.

Bumble differs to Tinder in that it requires women to message first and make the first move. 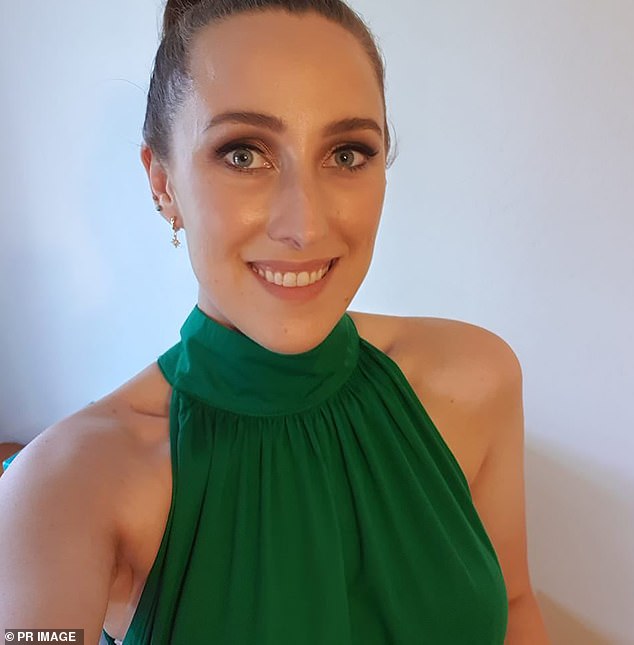 Dannielle Finlay-Jones died after allegedly hooking up with Gaddie via a dating app, and introduced him to her friends on Saturday night on a date at a nearby microbrewery

A spokesman for Tinder confirmed an internal check has confirmed Gaddie and Ms Finlay-Jones did not match on their app.

The company said Ms Finlay-Jones’s death was a tragedy. 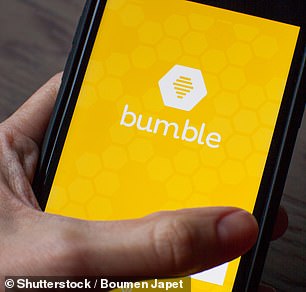 Gaddie is known to have used several dating apps including Bumble

‘We extend our deepest thoughts to Dannielle Finlay-Jones’ family and loved ones,’ a spokesperson said.

‘We can confirm that the victim and the alleged offender did not match on Tinder. We are working with local law enforcement to provide any information to them that will be helpful for their investigation.

‘Tinder approaches all concerning reports relative to member safety with the utmost urgency and we take appropriate actions toward bad behaviour by removing and blocking accounts across our platform.’ 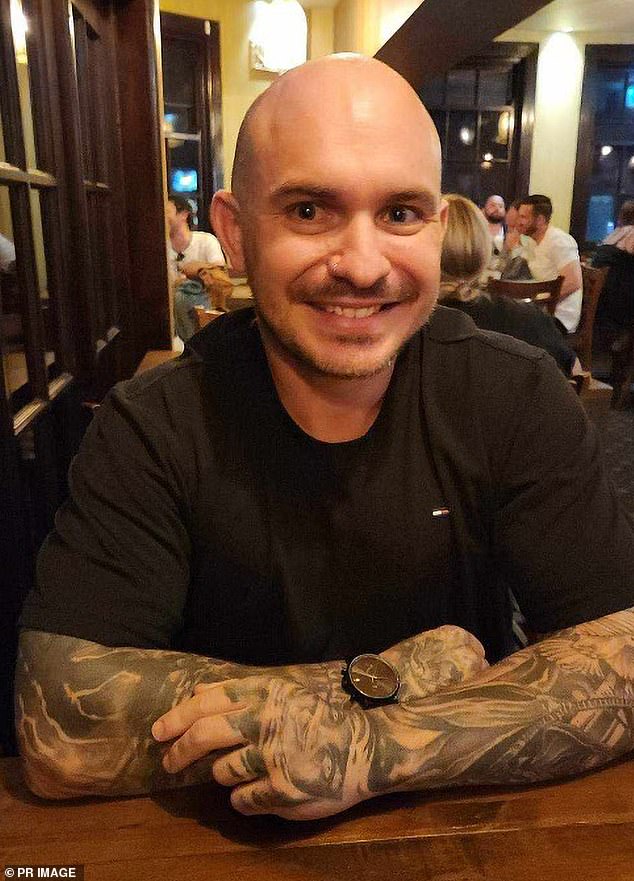 Ashley Gaddie, 33, (pictured) is accused of brutally killing teacher Dannielle Finlay-Jones, 31, at her friend’s Cranebrook home in Sydney ‘s west after meeting through an online app

The company added: ‘Safety is at the core of Tinder.

‘We have a dedicated engineering team focused on creating new features and tools for our members.’

NSW Labor leader Chris Minns has now called for a blanket ban on convicted offenders from all dating apps. 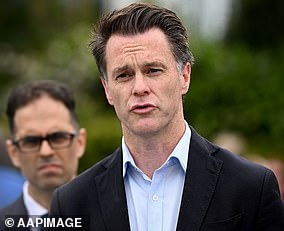 ‘We’ve got to ban violent criminals from these dating apps,’ he told Daily Mail Australia on Thursday.

‘It’s a safety and security risk for millions of people across Australia and it’s action that we need to take.’

Minns has vowed to sit down with app tech chiefs, domestic violence experts and the NSW government to put in tighter safeguards for users.

‘We must make sure we do everything we possibly can to put in place restrictions on violent criminals accessing these sites because it’s a real risk to the community,’ he added.

The revelation comes as the estranged father of alleged ‘dating app’ murderer Gaddie exposed the bitter rift in their shattered family as he broke his silence over his son’s murder charge.

Police allege Gaddie fled the scene after inflicting severe fatal head injuries on Ms Finlay-Jones sometime between 5am and when her friends found her body at 2.30pm on Sunday.

Now his horrified father Ian Gaddie has revealed how his son cut off all contact with him five years ago.

‘He doesn’t want to know me,’ he told Daily Mail Australia outside his modest home in St Marys in Sydney’s west which he once shared with his then-teenage son. 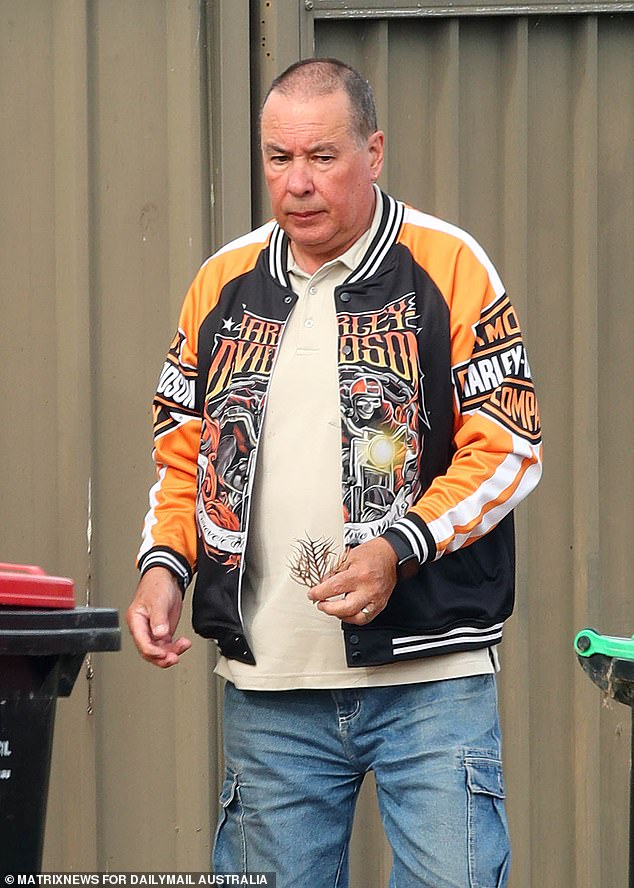 Ian Gaddie, the horrified father of alleged killer Ashley Gaddie has revealed how his son cut off all contact with him five years years ago 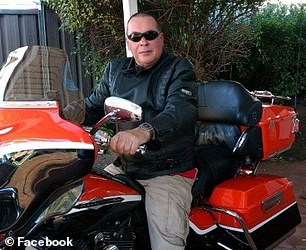 The motorbike enthusiast – who wears a bright Harley Davidson-branded bomber jacket and whose LinkedIn profile features him on a huge touring bike – said he hadn’t spoken to his son in five years.

He said the allegations against his son had shocked him.

‘It’s very upsetting,’ Mr Gaddie said of the claims. ‘It is going to take a while to get over.’

Mr Gaddie said it was unlikely he would be supporting his son in court as their relationship broke down some time ago.

The machinery technician said he didn’t think his son would want to see him now.

Meanwhile, at the murder scene in Cranebrook, forensic cleaners could be seen scrubbing the home which has lain empty since the horrific crime was discovered. 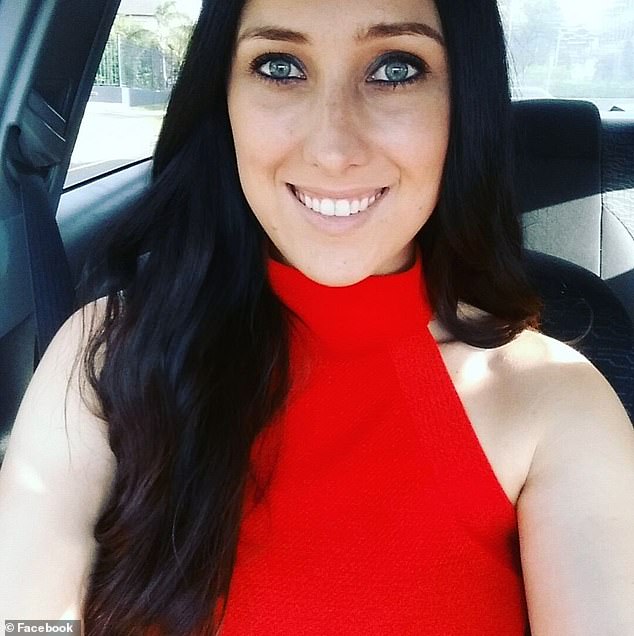 Ms Finlay-Jones’s friend, who only recently moved there, is staying at a temporary address while investigations continue and all trace of the tragic death are removed.

The specialist scene of crime cleaners piled up linen alongside a broom and other equipment in the hallway of the bungalow home in the quiet, family-friendly street.

The road is part of a community crime prevention scheme and the home where Ms Finlay-Jones died was a designated ‘Safety House’.

A yellow NSW Police sticker on the home’s street number showed it was considered a safe place for children when they feared they were in danger.

As the cleaners made their way in and out of the house, neatly wrapped Christmas presents could be seen piled up on the kitchen table.

Bouquets of flowers and cards have been laid on the front doorstep as locals pay their respects to Ms Finlay-Jones and send condolences to her grieving friends. 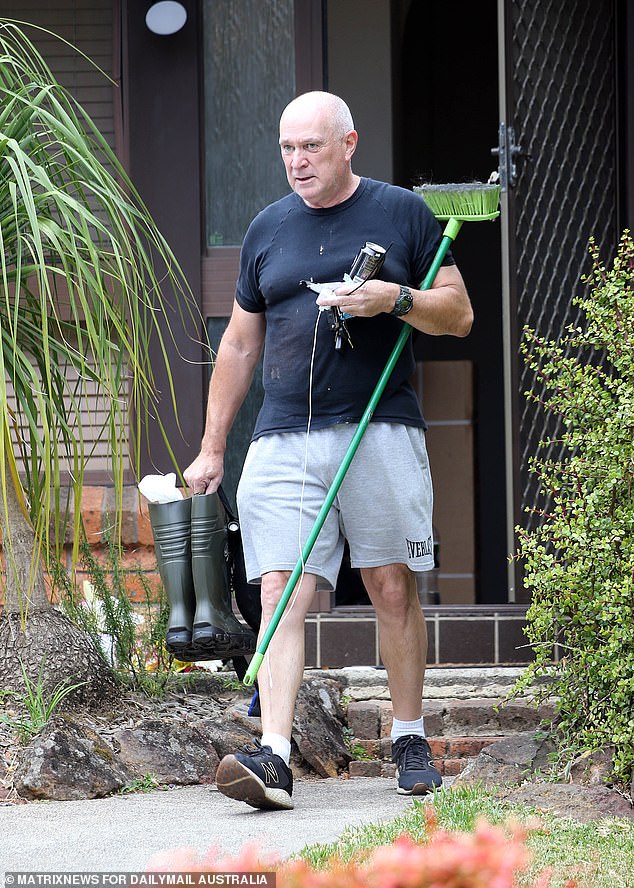 At the murder scene in Cranebrook, forensic cleaners (pictured) could be seen scrubbing the home which has lain empty since the horrific crime was discovered 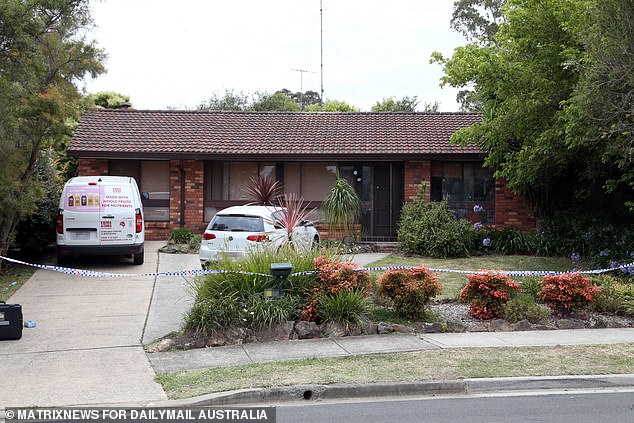 Ms Finlay-Jones’s friend, who only recently moved into the home (pictured), is staying at a temporary address while investigations continue and all trace of the tragic death are removed

One card read: ‘Thinking of you all during this sad time.’

Sources close to the Gaddie family told Daily Mail Australia the alleged killer grew up in nearby Bidwill – a working class suburb in western Sydney – with his mother, father and two sisters.

When his parents separated in the early 2000s, the two daughters stayed in the family home while Gaddie, then a teenager, moved out with his father to St Marys.

‘They were just a normal family,’ the source said. ‘The parents went to work; the kids went to school.’

Property records show that Mrs Gaddie sold the Bidwill family home in 2018, three years after she had moved to a unit in the city’s inner-west.

Gaddie had moved in with his mother at the small two-bedroom apartment in Five Dock after he left his share house in Ryde in October. 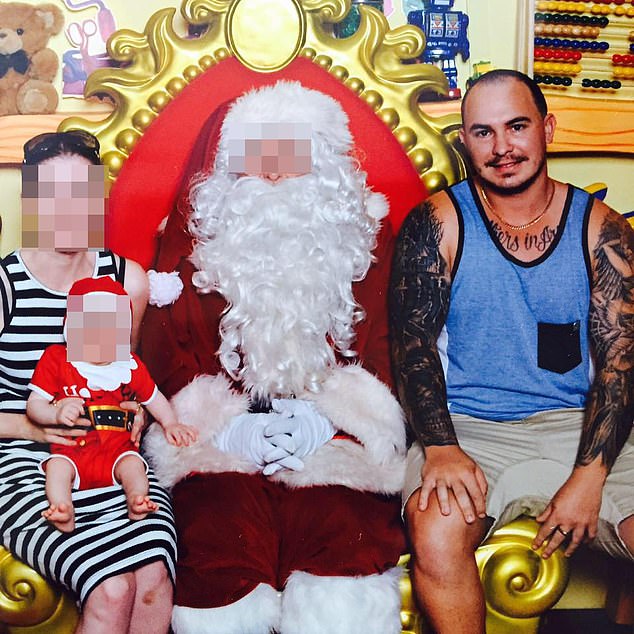 One of Gaddie’s ex-lovers Karla Tauro, 28, revealed how she would spend time with the accused killer at his mother’s home just days before Sunday’s alleged murder.

Ms Finlay-Jones died after allegedly hooking up with Gaddie via an app, and introduced him to her friends on Saturday night on a date at a nearby pub.

The pair allegedly returned with the friends to the home in Cranebrook where the couple then moved into the bedroom.

Worried friends checked the bedroom at 2.30pm when they hadn’t heard anything from the couple and found Ms Finlay-Jones’s lifeless body. 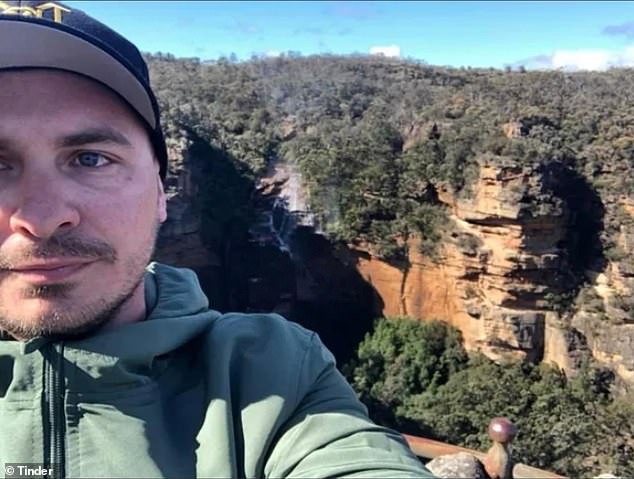 Police launched a manhunt for Gaddie in the wake of Ms Finlay-Jones’ death, issuing a warrant for his arrest for murder on Tuesday morning and a public appeal for help.

Less than three hours later, he was found perched on a precarious clifftop at Fletcher’s Lookout overlooking Wentworth Falls in Sydney’s Blue Mountains.

A tense 12-hour stand-off ended just after midnight on Wednesday when special police response teams snatched him to safety and arrested him.

Gaddie was questioned overnight at Katoomba Police station before he was charged with murder and remanded in custody at Penrith Local Court until his next hearing on March 3.