A victim of the Telford and Birmingham grooming gangs has come forward to reveal her story to try and help other survivors.

Lauren Elysia Priddey was 18 when she was raped and terrorised by cousins Mohammed Ali Sultan and Shahmeel Khan in separate attacks, only days apart.

She says that she was the victim of trafficking and was abused by dozens of men in the West Midlands – none of whom have been brought to justice.

However, after watching Michaela Coel’s BBC drama I May Destroy You, she has waived her right to anonymity in a bid to offer hope to other survivors.

Lauren Elysia Priddey (pictured) was 18 when she was raped and terrorised by cousins Mohammed Ali Sultan and Shahmeel Khan in separate attacks, only days apart. Now though, she has waived her anonymity to try and help other survivors

Now, aged 31, Lauren had rebuilt her life and become a senior mental health nurse and she wants to offer one-to-one mentoring sessions to other survivors in the safety of their own homes.

She said: ‘For a long time I’ve been keeping my past separate from my friends, from my workplace – trying to pretend to be somebody I’m not.

‘I feel I have to keep myself a secret all the time and I find that really difficult for my mental health as it is a big secret to keep.

‘It’s like society wants me to feel undervalued or oppressed because I’m a victim.

‘But I want to feel good about myself and say “Yes, this is me – look at my achievements.”‘ 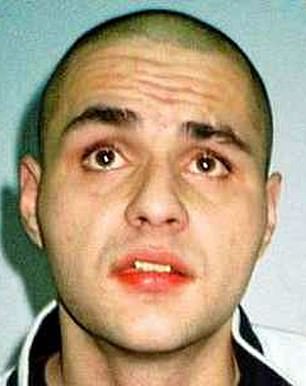 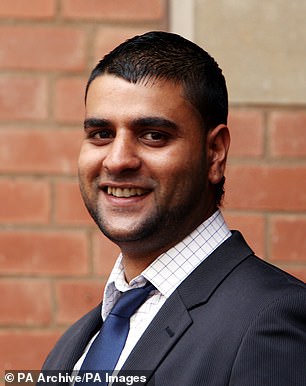 In 2007, just before she was due to sit her A Level exams, Lauren was attacked by Khan, 33, after he barged his way into her Telford flat and ordered her to undress before he raped her.

Two days later his cousin Sultan – later exposed as a grooming gang ringleader – also forced his way into the flat and raped Lauren who he went on to further abuse.

Lauren later gave evidence at court against both men leading to Khan being jailed for ten years while Sultan received a six-year sentence and was jailed for a further eight years in 2019 for abusing a 13-year-old girl.

Lauren said: ‘Being raped even once was devastating. It took a huge toll on my mental health.

‘When Sultan came round two days after the rape I was still in shock, still traumatised. I had no fight left in me. 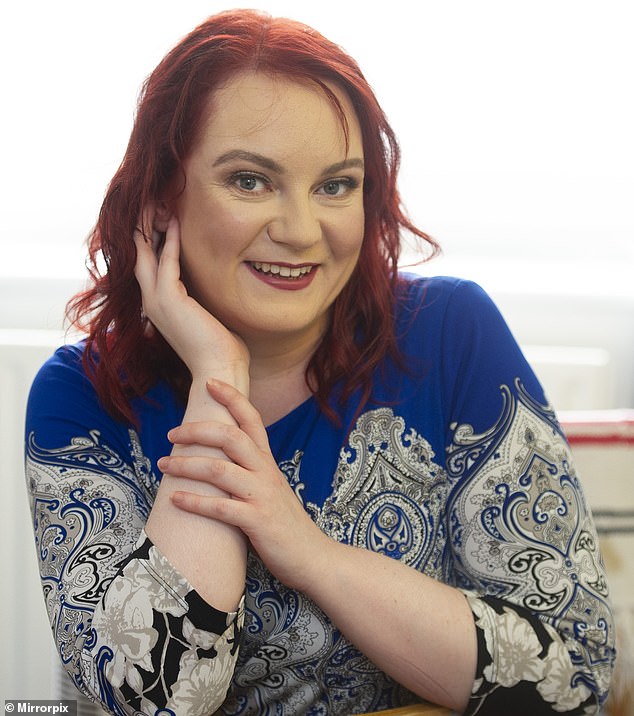 Now, aged 31, Lauren had rebuilt her life and become a senior mental health nurse and she wants to offer one-to-one mentoring sessions to other survivors in the safety of their own homes

‘He used to say he would make my life hell and said I didn’t want to play games with him.

‘He would say he would kick my door in and when I said: ‘You won’t because of the locks’, he said: “I will kick your head in then”.’

Worn down by the attacks, Lauren fell into a cycle of drugs and abuse involving other Asian men in Telford, Birmingham and other parts of the UK.

Following the repeated abuse she was subjected to, Lauren was diagnosed with Post-traumatic Stress Disorder.

However, she has now rebuilt her life and in 2018 she revealed her traumatic past in the book No Way out, penned under the pseudonym Kate Elysia.

This name was also used for Lauren’s social media where she was also subjected to abuse.

Lauren said: ‘One troll told me to commit suicide, to cut my wrists. He said I must be really depressed knowing all I’d ever been valued for.

‘I was just really angry because I am luckily not in that place but it might have pushed someone else over the edge.

‘I reported him to Twitter but as far as I know he was not even banned.’

Lauren said being so open about what happened to her could help other children falling victim to gangs and sexual exploitation.

Lauren said: ‘This is happening to 12, 13 year-old girls and they have a right to be informed.

‘Trying to keep our children innocent is partly why they are falling victim – because they are not expecting it.

‘Yet if we told them more, then they would be more aware of a man who was trying to chat them up.’

Lauren decided to waive her lifelong right to anonymity after watching BBC drama I May Destroy You.

The show, which was created and written by lead actress Michaela Coel, deals with a rape victim struggling to come to terms with her abuse.

In one scene she publicly outs her attacker.

Lauren said: ‘I just thought it wouldn’t be nice for fantasy to become reality.’

‘I’ve spoken to mum and had the best chat about what happened.

‘My mum and my dad are both supportive. My friends are all very supportive too.

‘This is like a continuation of the MeToo movement – I’m saying “F**k you, this is me.”

‘I think lots of people may judge me, but the way society views women and victims is wrong.’

Lauren’s anonymity prevented her from sharing her experiences, but finally going public also allows her to talk about her achievements in overcoming those dark years of abuse.

Lauren said: ‘I’ve written a book but could not talk to people about what my book is about.

‘I’ve done public speaking, yet was never allowed to talk about that. I’ve done extensive work with the police to bring my perpetrators to justice.

‘All that experience has helped me in my job, yet I could never add that to my CV.’

In order to set up her one-to-one mentoring sessions, Lauren is fundraising.

She said: ‘I can give them one-to-one attention, go to their home where they feel comfortable. Families can invite me to speak to their child if they felt it could help.

‘I would not want to charge as I might be missing the ones who really need my help. I would not need to be paid, but might need travel expenses as I could not afford to do it myself.

‘Lots of people send me lovely messages asking if they could help. So they could perhaps donate £10 or £20 to help others.

‘I want to crowdfund so I can mentor young people known to be going through this kind of abuse.

‘I would potentially like to work with social services. I had experience of grooming gangs for six years and have been a senior qualified nurse for eight.

‘That is a greater amount of experience than police officers are given in this field.

‘I am also working on two podcasts for survivors.’