A victim of an Asian sex gang who was first raped aged just 14 claims she was abused by thousands of men over a 15-year period.

The victim has written a book outlining her terrible ordeal using the name Caitlin Spencer, where she reveals she was forced to have seven abortions, two miscarriages and two children by the men.

The book, Please, Let Me Go, said Caitlin was initially dismissed by police after making a complaint as being ‘a prostitute’.

17 men and one woman, Carolann Gallon, bottom right, were involved a major child grooming gang operating in Newcastle which was busted by Northumbria police 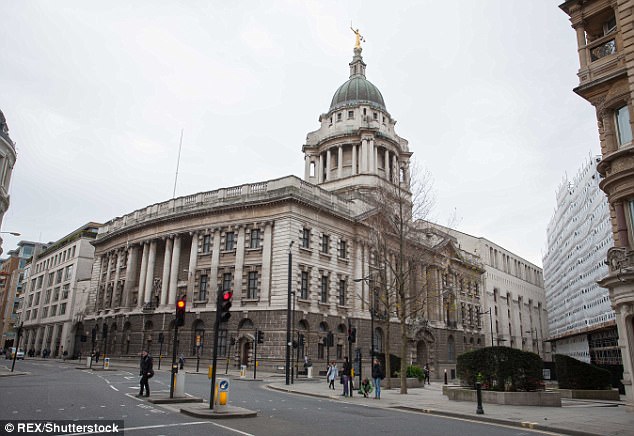 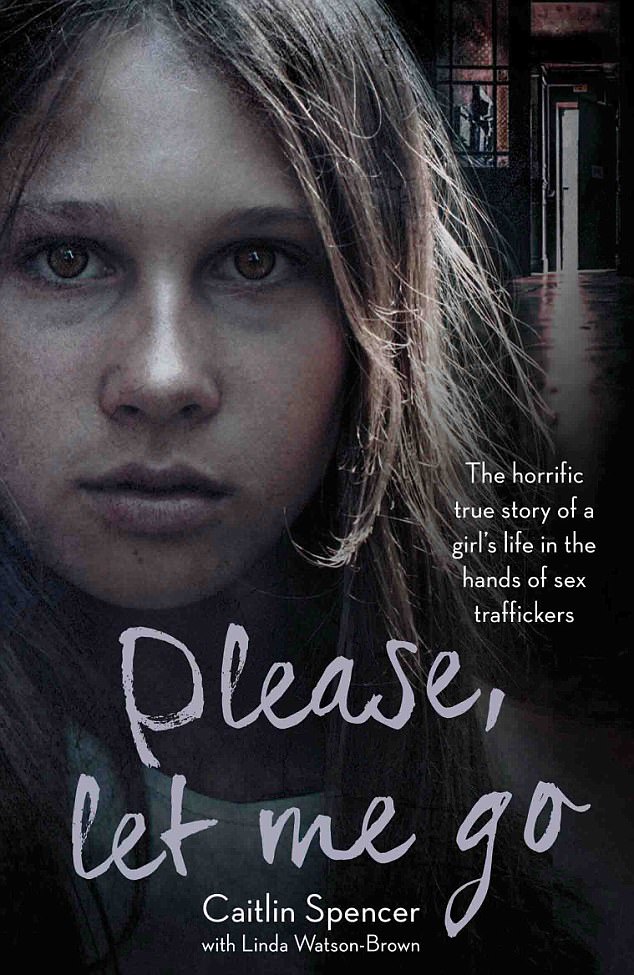 Eventually the police prosecuted the gang after Caitlin identified 80 men on Facebook, however the trial collapsed.

She said: ‘These men find it OK to rape non-Muslim girls. It’s a brutal cult and needs to be stopped. There are other young British girls who are still suffering today in the way I suffered at the hands of Muslim men, who should be behind bars.’

Commenting on the recent Newcastle grooming case where 17 men were convicted of grooming and raping 278 girls as young as 13, she told The Mirror: ‘There is no way the gangs are that small, I can guarantee that. I would be taken to places across the country. I cannot count how many men raped me, but I believe it runs into thousands.’

She said when she first reported the abuse to the police, the officer handling the case interrogated her ferociously. She claimed the officer told her she would not receive any protection.

She added: ‘For that reason, I never took it further. The police told my mother that I was a known prostitute and to leave me to it, that I’d stop when I was ready.’

At one stage, members of the gang asked her to find younger girls for them to abuse – including her eldest daughter.

Last month, one woman and 17 men were convicted of or admitted to charges including rape, supplying drugs and inciting prostitution in a series of trials at Newcastle Crown Court in northeast England.

The crimes follow a pattern that has become grimly familiar from cases across Britain in the last few years. The convicted men mostly come from South Asian Muslim backgrounds. Their victims – who were plied with drugs and alcohol before being abused at parties, in taxis or in back rooms – are mostly white.

The prosecution of child-grooming gangs in Rochdale, Rotherham, Oxford and now Newcastle has raised uncomfortable questions. Some allege that the crimes were long ignored by authorities afraid they would be branded racist or fearful the allegations might inflame ethnic tensions. 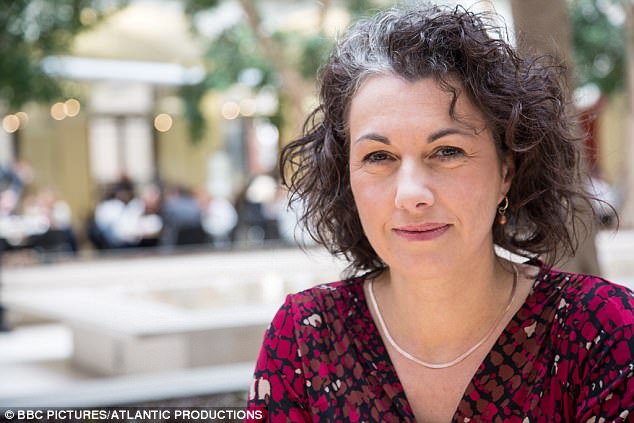 Labour MP Sarah Champion, pictured, said some Asian grooming gangs were escaping justice over fears that launching an investigation would be seen as racist

Sarah Champion MP for Rochdale, said that the causes of abuse weren’t being tackled ‘because people are more afraid to be called a racist than they are afraid to be wrong about calling out child abuse’.

‘It is a disease of racism and sexism that will not abate until it is confronted culturally in homes, schools and places of worship as a question of dignity, respect and equal rights,’ he said.

The recent high-profile cases aren’t typical of all child sexual abuse. Most abused children are victimized online, at home or in institutions such as schools, and most of the perpetrators are white men.

Police say that in the year to October 2015, 12 percent of offenders in child sexual exploitation cases were from South Asian backgrounds, and 59 percent were white. 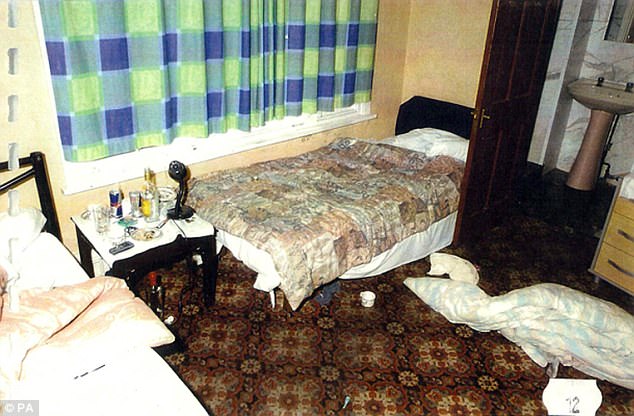 But former prosecutor Nazir Azfal, who brought the Rochdale abuse gang to trial, says Pakistani men are disproportionately involved in the sort of ‘street grooming’ seen in Newcastle.

He says factors may include sexist attitudes to women and other ‘cultural baggage,’ and the large number of South Asian men working in the nocturnal economy.

‘These young girls are invariably looking for warmth, for transport, for food, for mind-numbing substances,’ he said. ‘The predators are hiding among the takeaway workers and taxi drivers.’

Some experts say the focus on South Asian perpetrators masks how widespread child sexual abuse is, and overlooks the fact that victims are often ignored by authorities because of their youth and troubled backgrounds.

Helen Beckett, an expert on child sexual exploitation from the University of Bedfordshire, said focusing on one ethnic group risked missing other patterns of abuse.

‘The emphasis that we’ve had on (abuse) being perpetrated by Asian males means that that is often what we are looking for, and therefore are more likely to find,’ she said.

‘We know child sexual exploitation takes so many different forms. ‘ 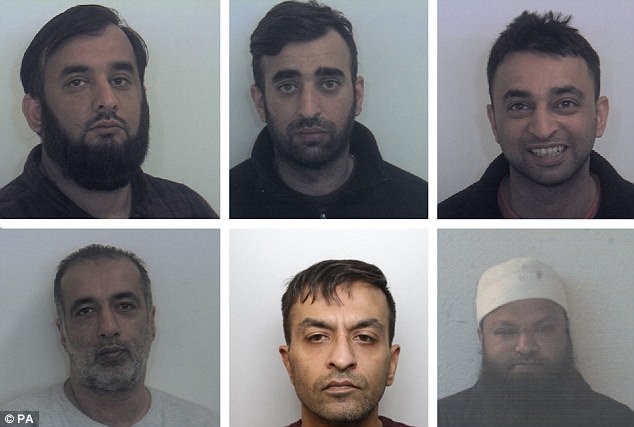 Since the Rochdale case shocked the nation in 2012, police and lawyers have worked hard to prosecute grooming gangs – though some police tactics have drawn criticism. A child welfare group expressed alarm at a police decision in Newcastle to pay a convicted child rapist to act as an informant.

Steve Ashman, head of the Northumbria Police force, acknowledged that paying a convicted pedophile ‘may appear repugnant,’ but said his information had been crucial to convicting the gang.

He said police had ‘thrown the kitchen sink’ at the crime of child sex abuse, deploying 50 officers for more than three years in an operation that has netted 93 convictions.

Afzal said there had been progress, but that much more needs to be done.

‘You turn over a stone and you will find this kind of behavior pretty much everywhere in this country,’ he said. ‘The demography might change but the behaviour remains the same. Where there are available and vulnerable young girls, and boys, there are predators.

‘There is no community where women and girls are safe. None.’