A woman who allegedly bit a waiter’s arm in a rage over the price of a fish dish has faced court charged with assault following the heated row on June 20 last year.

Chunping Quan called 000 to complain about her pricey meal, claiming despite ordering a full fish, she only received half and would not pay the full price of $48, Adelaide Magistrates Court was told.

She is accused of assaulting 19-year-old waiter, Fan Chi Kong, who tried to stop her leaving after she paid just $26.50 for her meal at Nice Fish Chinese Restaurant in Adelaide, The Advertiser reported.

Quan allegedly retaliated by biting him on the arm, pinching him and grabbing his neck in a way that made it hard for him to breath.

In court on Wednesday, Quan defended her actions, saying the waiter had no right to stop her leaving because ‘this is Australia, this is not China’.

During her conversation with the 000 operator, she failed to convince the woman her call warranted police assistance.

But the situation escalated and 20 minutes later they were called to the scene.

Quan said she originally asked for half a fish but was told the restaurant only served it as a whole, so ended up ordering the full meal, the court was told.

Soon after receiving the meal however, she lifted the fish up to find what she believed to be half of it missing.

‘I asked the restaurant staff, ‘where did the other parts of the fish go?’,’ Quan said.

‘The argument happened, the cheating, they asked me to pay for the whole fish but they only gave me half fish.’ 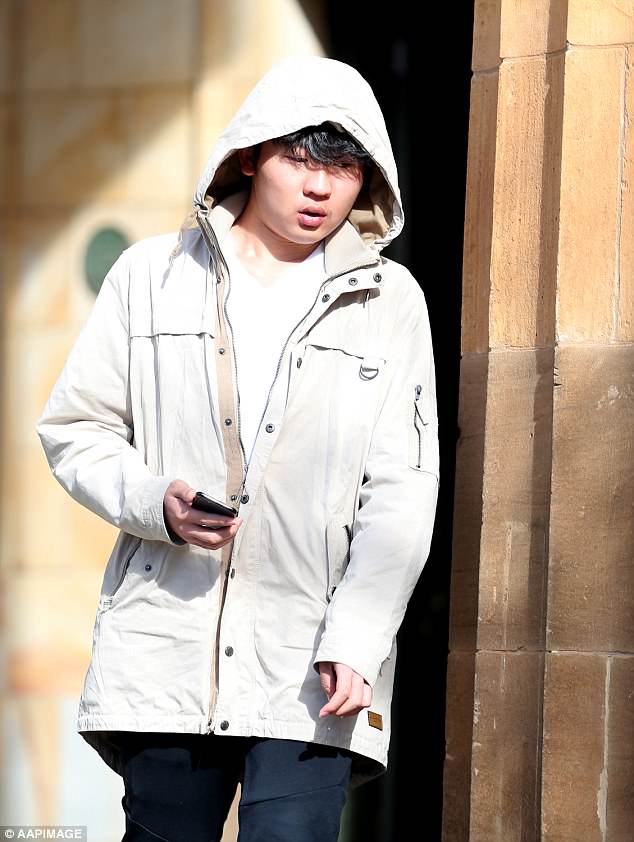 She was accused of assaulting 19-year-old waiter, Fan Chi Kong (pictured), who tried to stop her leaving after she paid just $26.50 for her meal

She allegedly paid $26.50 of her $48.50 bill before leaving the restaurant and being followed by Mr Kong.

‘He held me and I told him he had no right to hold me — this is Australia, this is not China,’ she said.

‘I asked him to release me more than three times and he didn’t do it … I said this is Australia, not China, you can’t do this to me but he wouldn’t listen.’

‘Also, I was quite angry because I asked him to release me several times and he didn’t.’ 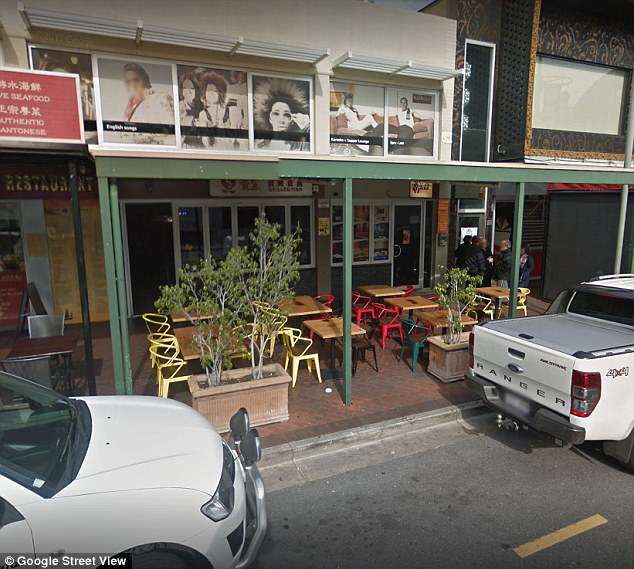 ‘I asked them not to go any further … and they ignored that so I grabbed the hand of one of them,’ he said.

‘I asked them not to go any further … and they ignored that so I grabbed the hand of one of them.’

‘While I was trying to stop her, she started biting me on my arm and pinching me so I had to grab the purse and try to squat down on the floor.

‘She started to grab my neck, making it hard to breathe. Then someone helped and called the police.’

The magistrate has reserved his decision.