By Harry Howard and James Ayles For Mailonline

Asif Ali intends to take his place in Pakistan’s squad for the World Cup despite the death of his daughter on Sunday.

Asif will first fly out to the United States for the funeral of his 19-month-old daughter, who died following a battle with cancer.

Pakistan Prime Minister and former all-rounder Imran Khan paid his respects, writing on Twitter: ‘My condolences and prayers go to Asif Ali and his family on the passing of his daughter from cancer. May Allah give them strength to bear such a precious loss.’

Asif contributed two half-centuries in the 4-0 one-day series defeat by England which concluded at Headingley on Sunday.

Amir, who missed the last World Cup while serving a ban for spot-fixing, was left out of the initial squad after suffering a big dip in ODI form.

He revealed in April that 19-month-old Noor Fatima was battling against stage four cancer and had been receiving treatment in America, but has now passed away.

The cricketer took to Twitter to pay tribute to her, saying: ‘My daughter my angle [sic] returned to Allah last night. May Allah grant her jannat. Thanks everyone for you support, love, messages & prayers during this tough time.’

The cricketer took to Twitter to pay tribute to her, saying: ‘My daughter returned to Allah’

A host of figures from the cricketing world, including prime minister of Pakistan Imran Khan, who captained his country’s 1992 World Cup winning team, paid tribute to Ali and his daughter after the news was confirmed.

Mr Khan wrote on Twitter: ‘My condolences and prayers go to Asif Ali and his family on the passing of his daughter from cancer. May Allah give them strength to bear such a precious loss.’

Team-mate Mohammad Amir wrote: ‘Extremely heart broken with the news of Ali’s daughter passing away my heart and duas goes out to the family may Allah pak grant them all with sabar. :(:(:’. 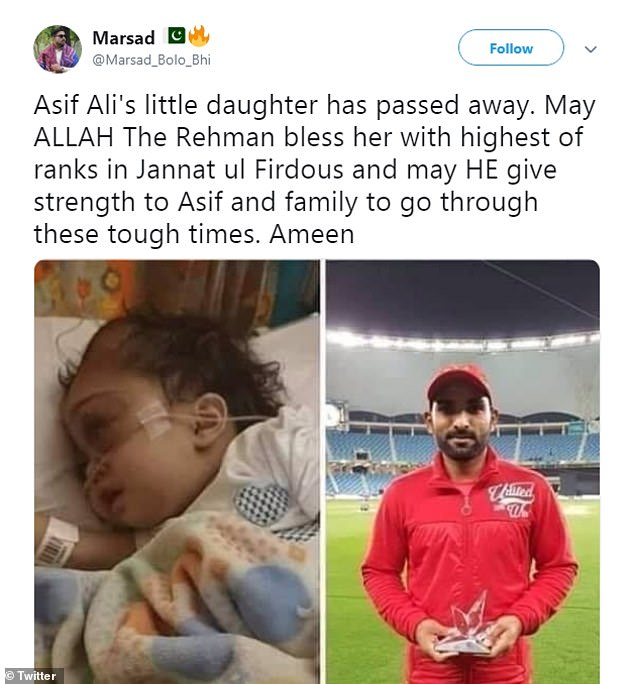 Pakistan were set to take on Afghanistan and Bangladesh, in Bristol and Cardiff respectively, later this week before their World Cup opener on May 31.

Earlier on Monday, Asif Ali was named in the squad, replacing teammate Abid Ali in the 15-man group.

Asif featured in every game of Pakistan’s 4-0 series defeat by England, scoring two fifties with a career best of 52 in the third One Day International at The Rose Bowl in Bristol. 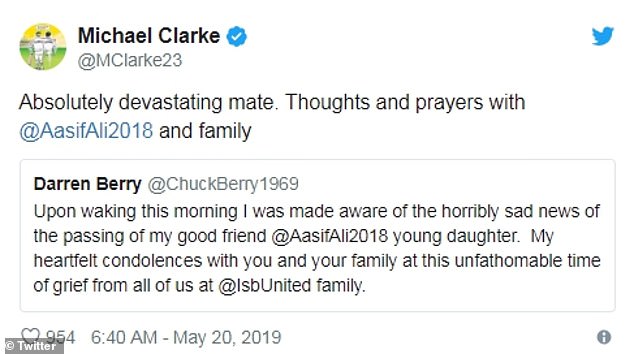 Batsman Ali and left-arm pacemen Mohammad Amir and Wahab Riaz were omitted from the original list a month ago, but the trio have replaced Abid Ali, Junaid Khan and Faheem Ashraf in Pakistan’s final 15-man group.

On the selection, Inzamam-ul-Haq, chair of Pakistan men’s selection committee, said: ‘It has not been an easy decision to leave out Abid, particularly after he got only one opportunity on the tour. But, he was our third-choice opener.

‘After both the first-choice openers struck early form, we preferred Asif Ali as he brings firepower to the team that can strengthen our chances in the tournament.’ 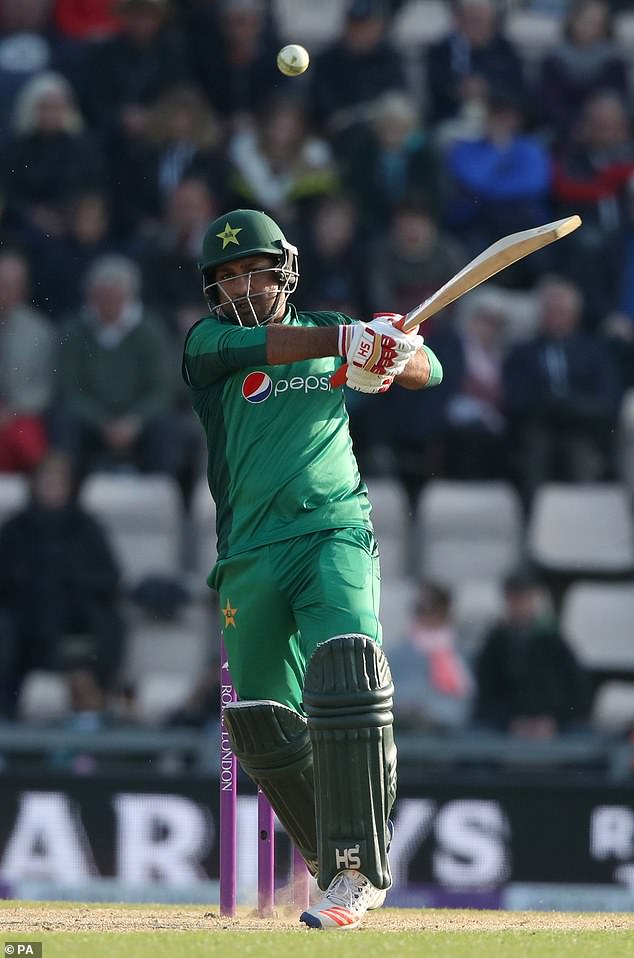