I’m in my mid 70s and have suffered from dry coughs for years, which now occur regularly every day.

I have visited my GP several times over the years and each time he’s examined my throat he’s said there was no infection, and it was ‘nothing to worry about’.

However, it does affect my quality of life. Over-the-counter cough remedies have little or no effect. Please can you advise?

At any one time 10 per cent of the population has a persistent cough — we call it ‘chronic’ if it lasts for more than eight weeks. I am not surprised your doctor has ruled out an infection, given that the cough has lasted for many years.

The first diagnosis to consider and exclude is so-called upper airways cough syndrome, or what we used to call a post-nasal drip. Here the cough is caused by abnormalities in the nose and sinuses, typically as a result of an allergy. The standard treatment is with a steroid nasal spray: this should be tried for at least two weeks, and if effective, treatment can continue for three months.

If the cough does not improve on this regimen, another possibility is that it’s a problem in the lower respiratory tract — in other words, asthma. The proof of this diagnosis also lies in trialling a treatment — in this case, a steroid preventer inhaler, or a short course of oral steroids (lasting one or two weeks).

The third common possibility is gastro-oesophageal reflux, when acid produced by the stomach is refluxed up the oesophagus: sometimes this doesn’t cause any other recognisable symptoms apart from a cough (caused by the acid irritating the throat). Diagnosis is confirmed by trialling a treatment — typically a month’s course of an acid suppressant medication (omeprazole, 40mg once daily).

If this doesn’t help but it’s still thought that the cough is due to acid reflux then further investigations may include pH monitoring (using a flexible probe placed in the oesophagus for 24 hours to detect acid reflux).

Where there is no obvious cause the cough is put down to hypersensitivity syndrome: essentially the throat has, for some reason, become super sensitive.

There are treatments for this, essentially drugs that act on what’s known as the central cough centre in the brain: these include dextromethorphan (a type of sedative) for which there is evidence of modest effectiveness; codeine has also been shown to work in some patients. However both are forms of opioids and potentially addictive.

You mention in your longer letter research showing that theobromine, a constituent of chocolate, had a small but positive effect on reducing cough severity, by inhibiting the vagus nerve (that runs from the skull to various organs in the abdomen).

The thinking is that this sends faulty messages to the cough centre. In a study published last year in the Journal of Thoracic Disease, patients were given either 300mg theobromine twice daily (equivalent to about two ounces of unsweetened dark chocolate) or a placebo.

It might be worth trialling an ounce or two twice daily of dark chocolate for two to four weeks (the only potential side-effect being minimal weight gain).

One final thought. Researchers have discovered a receptor in the cells of the airways that’s important in the cough reflex.

It also seems to be involved somehow in cough hyper-sensitivity syndrome.

Be reassured that science has not abandoned you and those with this life-disrupting complaint; there is more yet to learn, it is an area of interest and valid research.

Last year I was taken to hospital after an accident when I fractured my skull. I was given a blood transfusion. Later I needed another transfusion but the doctor said I couldn’t have one as I had antibodies in my blood, so I was given iron intravenously instead. What are antibodies?

I hope that you have now recovered fully from such a significant injury. A blood transfusion is effectively a transplant and for this reason, the decision to give one is only recommended when there is some danger to life.

The possible complications include acute reactions when the immune system in the recipient attacks the donated cells. This seems to have happened in your case.

Antibodies are proteins produced by the immune system to fight off infection. 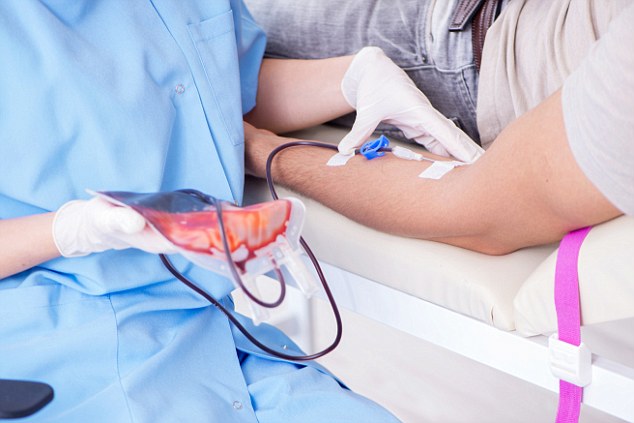 Antibodies are proteins produced by the immune system to fight off infection, one patient was told he was unable to have a second blood transfusion due to their presence in his blood stream

In general they protect us from any infective illness. However, following a blood transfusion your body can create antibodies to certain factors, such as proteins or fats, in the donor blood, which the immune system identifies as foreign.

Before your transfusion you would have had a blood test called ‘type and crossmatch’ to determine your blood group and the presence of various factors in your blood, including antibodies.

You were then given donated blood that matched your blood profile. The problem is that the type and crossmatch test only checks the main blood groups, ABO and Rhesus, but there are many, many others.

That means in practice there may be a small degree of incompatibility with donor blood, which can lead to the recipient’s immune system making antibodies to the donated blood.

This means that should you need another transfusion, finding a future blood match for you will be more difficult.

That’s because the antibodies are likely to target a number of factors in any new blood.

This is why instead of a second transfusion they decided to boost your iron levels. Iron is needed to make red blood cells and the thinking here is to allow your own bone marrow to make them rather than engage in a search for suitable blood.

If there was another emergency in the future, it would not be impossible to give you a transfusion, though it may be more complex to find compatible blood. But do not fear that this imperils you.

Iron supplementation is safe and effective, albeit a slow process. And if need be, there are options for transfusion.

IN MY OPINION: GOOD NEWS ABOUT MIGRANES

As a migraineur since the age of three, long having given up hope of being one of the lucky ones who eventually grow out of regular attacks, I keep a close eye on all migraine research.

So it was with a little concern that I read the latest study, published this month, which found that migraine is associated with an increased risk of heart attack and stroke. 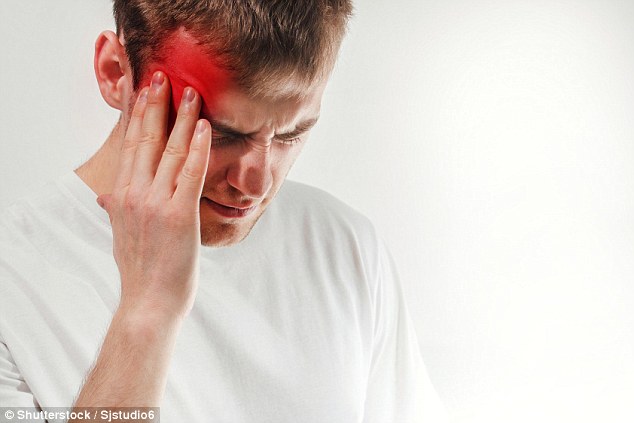 The Danish researchers had looked at data from 50,000 patients with migraine over 19 years, comparing their health outcomes with half a million people who didn’t suffer migraine.

The message to be drawn from this is not to worry, but those with migraine — around 15 per cent of the population — do need to be meticulous in their attention to the risk factors for cardiovascular disease.

As well as modifying these risk factors, you need to stick to the lifestyle advice that everyone with migraines is given anyway: get enough sleep (seven to eight hours) but not sleeping in excessively, take regular daily exercise, drink enough water and take care not to miss meals.

The good news is that if you are assiduous about the migraine triggers, you’ll be fitter and less at risk of heart attack and stroke than people who don’t have that ever present incentive to modify their behaviour — a really bad migraine.

Every cloud can have a silver lining.

Cadburys’s chocolate bars have been banned from hospitals across the country. Quite right you might think — chocolate can hardly be labelled a health food.

The supplier was trying to charge more: the NHS makes money from each chocolate bar sold, so either the NHS takes a profit cut, or charges the customer more.

This comes in the same week we learn that millennials are set to be the fattest generation ever — little wonder when chocolate bars have been sold so enthusiastically even by institutions that are supposed to preserve our health.

WHY I’M WORRIED ABOUT…

This week we learn that just a single unit of alcohol a day can put you at ‘significant risk’ of dementia, according to Oxford and Cardiff university researchers.

This may come as a surprise to those of us who last week read about ‘super-agers’ — and how many of them enjoy a daily tipple.

Exasperated by such contradictions in health news, many take the attitude: ‘I don’t know what to believe so I shall just do as please,’ yet common sense must always prevail and that means moderation in all things.