A catwalk model hopeful has been left scarred for life after getting into a fight with another woman who smashed her over the head with a pint glass when she wrongly accused her of kissing her boyfriend in a nightclub.

Marta Bugalska was left with a three inch cut on her head when Ashley Katsande, who had two previous convictions for violence, assaulted her in Edinburgh.

While Miss Bugalska was being treated by doctors, Katsande messaged the victim’s boyfriend on Facebook saying: ‘Just to let you know, your s*** of a girlfriend was kissing my s*** of a boyfriend tonight!!!!’

The 24-year-old victim had her wounds stapled shut during six hours of hospital treatment. She also sustained injuries to her eye socket, cheek and lip.

Marta Bugalska was left with a three inch cut on her head when Ashley Katsande, who had two previous convictions for violence, assaulted her in Edinburgh

Miss Bugalska said she was ‘devasted’ with the outcome after Katsande, 23, managed to avoid time behind bars.

Miss Bugalska said: ‘I was devastated by the outcome, especially considering the severity of the attack. If she’d swung the glass an inch to the left, she could have taken my eye out or even killed me.

‘She is a vicious thug, and I feel she has been treated very fairly and with sympathy whilst I’m left both physically and mentally scarred by the incident.

‘I was furious she wasn’t jailed. I feel the leniency of the courts just gives other violent people the idea that if they want to hurt somebody, they can because they will never be punished for it. It’s scary to think of what could happen if the pattern continues. 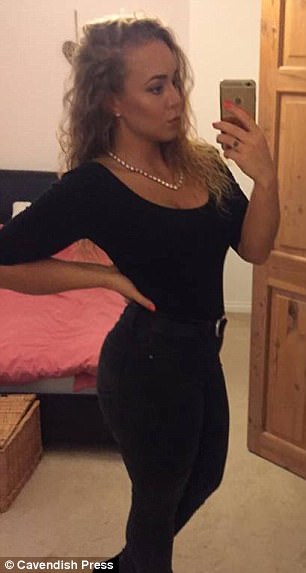 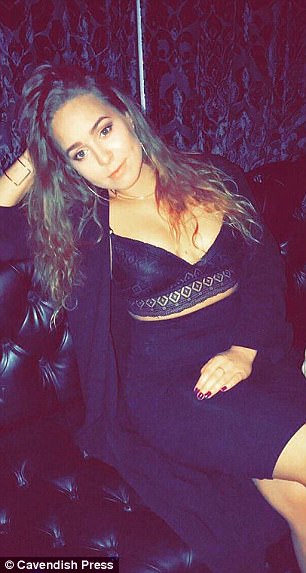 Miss Bugalska (left, on the night of the attack) said she was ‘devastated’ with the outcome of the trial. She had been enjoying a night out with her friend Jess when the attack occurred

‘This was Ashley’s third conviction for the same crime and she has clearly failed to learn from her past mistakes. I just worry she will do it again and others will experience the horrific attack I did.’

Miss Bugalska, who works at a currency exchange in central London, was out with her friend Jess at the Opal Lounge nightclub in Edinburgh when Katasande grabbed her on the shoulder and hit her with a pint glass.

Describing the incident, Miss Bugalska said: ‘I thought maybe Jess was ready to go home, and had come to get me. But as I turned, I saw a large glass tumbler coming straight for me and before I had chance to duck out of the way, I was on the floor.

‘I felt two more sickening blows as I tried desperately to get up, but my vision had blurred, there was blood running down my face and my ears were ringing, and I wasn’t entirely sure where I was or what was happening. I couldn’t see who was attacking me, and she wasn’t speaking, but it was perfectly clear she had a big problem with me.’ 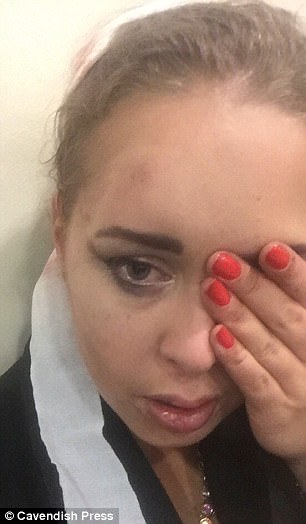 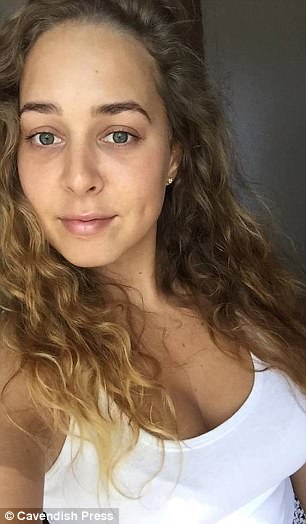 Miss Bugalska (left, after the attack) said she will ‘I will never forget what she did to me’ and that she could have been left ‘hideously disfigured or even killed’

Her attacker claimed she saw Miss Bugalska kissing her partner, something which the victim denied.

Miss Bugalska said: ‘I knew her partner vaguely, and we’d say hello if ever we passed, but there was no chance we’d ever kiss. I couldn’t understand why she would accuse me of something so awful, especially without asking me first.

‘At the time of the attack I had a boyfriend myself, which made the accusation even more shocking. She actually text messaged him after attacking me. Thankfully, he was just as shocked as me, and didn’t believe her lies, but she could have caused so much trouble aside from the possibility she could have disfigured me for life.’ 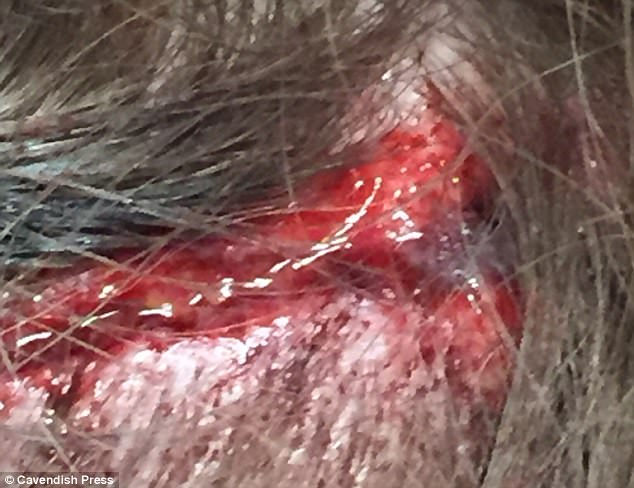 The cut to Miss Bugalska’s head, which was inflicted by Ashley Katsande during the nightclub assault 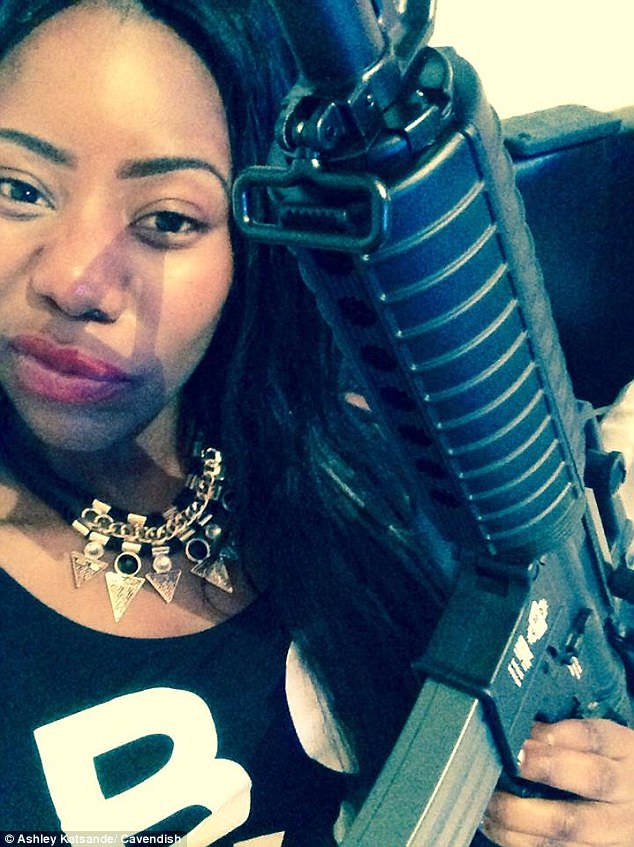 Ashley Katsande, who works as a receptionist in Edinburgh, had two previous convictions for violence

Following the attack, Miss Bugalska said she received a message from a friend of Katsande apologising for the incident, saying: ‘Hey hun sorry to bother u, the girl that had an issue with you that night feels really sorry for what happened and she genuinely thought you were someone else and she’s going through a lot of shit. She’s really sorry and I hope your alright.X’

I will never forget what she did to me

While she was being treated at hospital, Miss Bugalska said she felt tempted to ‘let things go’ and not involve the police, but that Katsande’s failure to have the courage to apologise herself led her to press charges.

The 24-year-old said: ‘It really bothered me that she didn’t even have the decency to contact me herself. I couldn’t sleep at night knowing I had inflicted such a grievous injury on another person, so I was furious that she was so blasé and didn’t care. 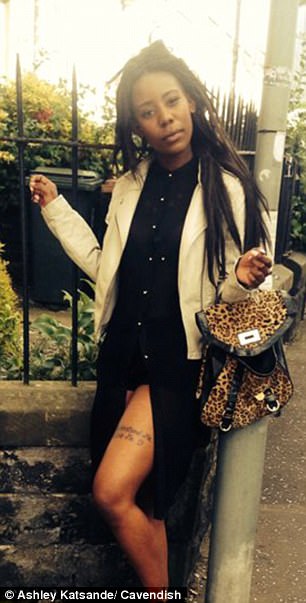 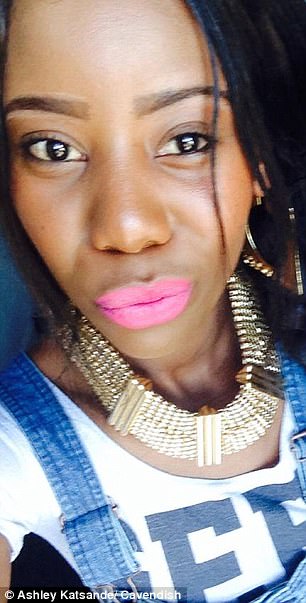 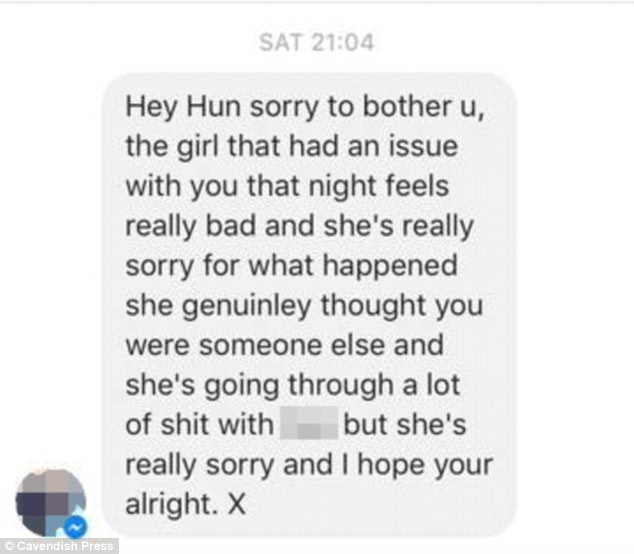 The message sent by a friend of Katsande after the attack

Katasande was placed under 12 months supervision and told to pay Miss Bugalska £800 in compensation.

Edinburgh Sheriff Frank Crowe told her: ‘You have a good job and you have supportive friends. I am prepared to give you an opportunity.’