Instead, Ubisoft has 3D printed a full size sarcophagus out of wood and resin, inspired by the Egyptian pharaoh Tutankhamun.

To bring things more into the 21st century, a TV screen and an Xbox One console have been mounted to it, transforming it into one of the world’s most elaborate gaming cabinets.

3D printing, sculpting, and finishing the replica off with pain was a very painstaking process 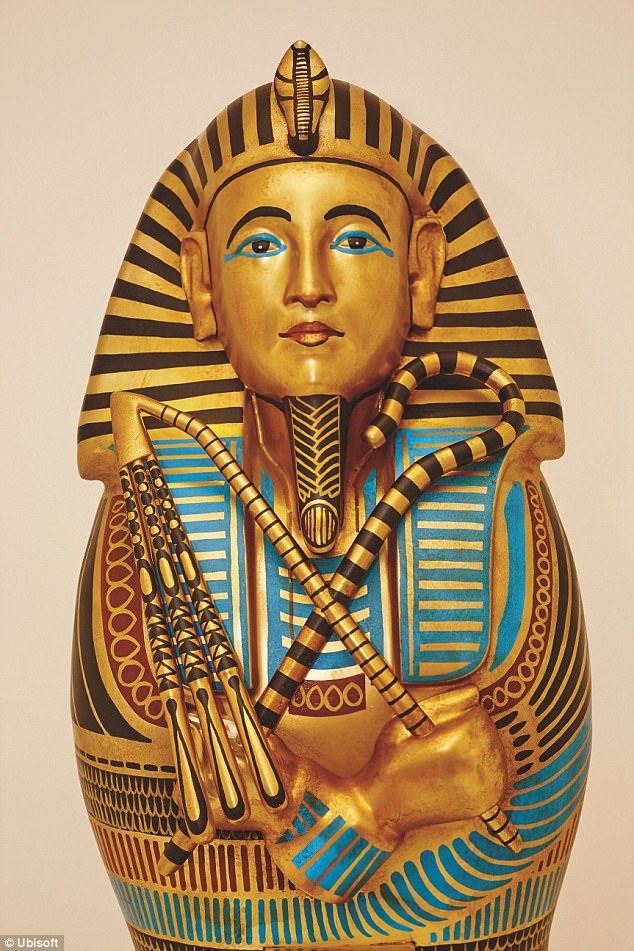 Assassin’s Creed Origins goes back to ancient Egypt, and players will be able to explore tombs

The six foot tall sarcophagus even has a holder to hang your controller on.

The process used to create the replica is called stereolithography. It uses a high powered UV laser to ‘cure’ liquid resin into a solid plastic.

The individual parts were build up layer by layer, and then they were bonded with the wooden structure of the sarcophagus.

Ubisoft then brought in a dedicated artist to put on the finishing touches.

Assassin’s Creed Origins takes the player back to ancient Egypt. You’ll be able to explore the country from the Mediterranean Sea to the tombs and Great Pyramids of Giza.

It’s due for release tomorrow, October 27.