‘Assassins who killed Maltese journalist were paid €150,000 to blow her up’, suspect claims

A Maltese investigative journalist was blown up in a Mafia-supplied car bomb they planted underneath her seat for €150,000, a suspect has told police.

Daphne Caruana Galizia, described as a ‘one-woman WikiLeaks,’ was killed in October 2017, while investigating alleged corruption at the heart of Prime Minister Joseph Muscat’s government.

The PM faced furious protests last night and has ignored repeated calls to resign following the scandal. He announced the resignation of his chief of staff Keith Schembri earlier this week who has been arrested over allegations he was a co-conspirator in her murder. He has denied any involvement.

One of the three murder suspects, Vince Muscat (of no relation to the PM), told police the sensational details of the plot in April last year in the hopes of securing a plea deal.

Details of his confession were passed to Reuters but were not published until now to avoid damaging the investigation.

The suspect claimed that he, along with two brothers, George ‘The Chinese’ and Alfred ‘The Bean’ Degiorgio, obtained a bomb from the Italian Mafia after aborting plans to shoot Galizia with a sniper rifle.

According to Muscat’s account, he had dropped his friend Alfred Degiorgio at the Busy Bee, a harbour front cafe near the island’s capital, in the summer of 2017. 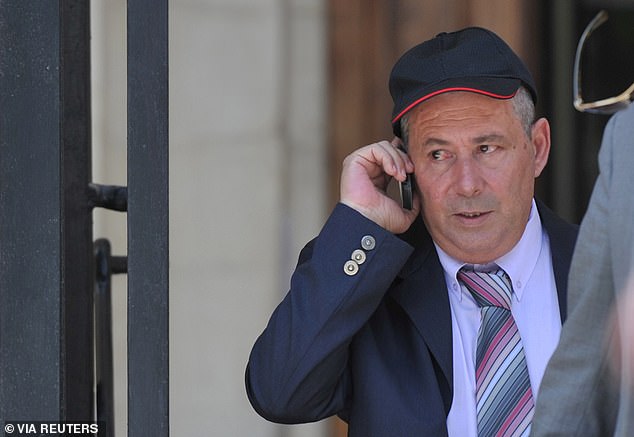 One of the murder suspects, Vince Muscat, of no relation to the PM, told police the sensational details of the plot last year in the hopes of securing a plea deal. Until now the details have not been published to protect the murder investigation (pictured: Vince Muscat leaves the courts of justice in Valetta in 2014) 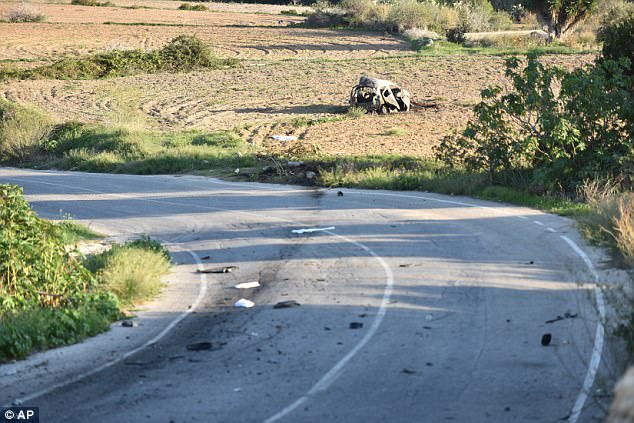 Vince Muscat told police how they recruited Maltese gangsters to obtain a car bomb from the Italian Mafia (pictured: the wreckage of Galizia’s car outside the town of Mosta) 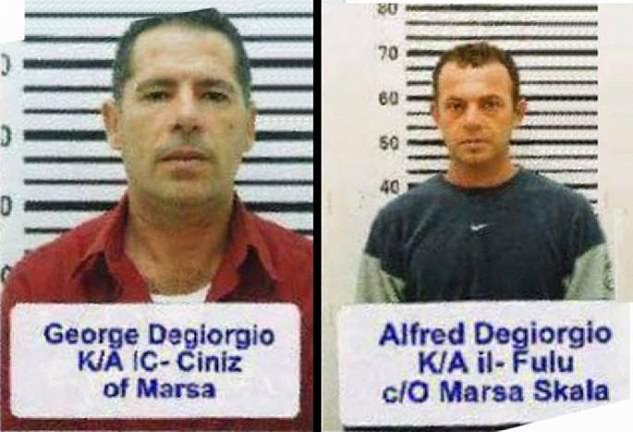 Brothers George ‘The Chinese’ and Alfred ‘The Bean’ Degiorgio, were charged with Daphne’s murder, alongside Vince Muscat in December 2017 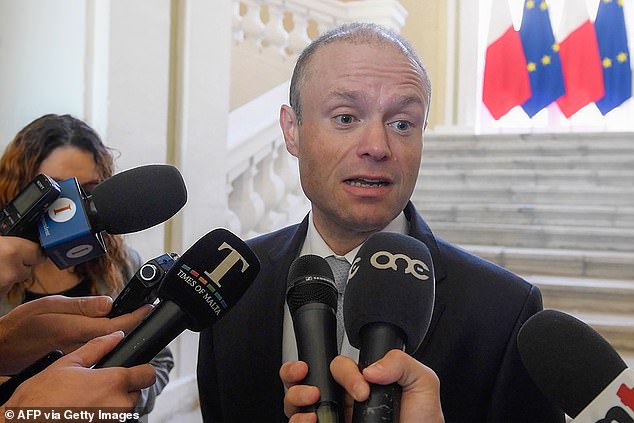 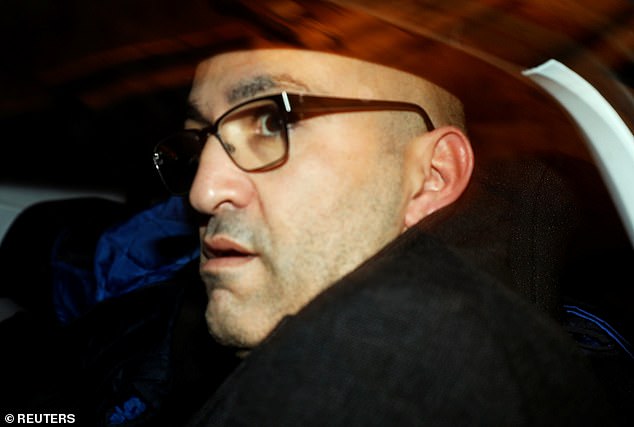 Maltese businessman Yorgen Fenech, who was arrested in connection with an investigation into the murder of journalist Daphne Caruana Galizia, leaves the Courts of Justice in Valletta on Thursday

After a few minutes, Degiorgio got back into the car and allegedly told his accomplice that they had a £128,000 contract to kill Galizia. Around £25,000 was given upfront.

Vince Muscat: Also accused of planting bomb and indicted for Daphne’s murder. He has secretly assisted police with the murder inquiry since April 2018, claims he acted only as driver for brothers.

Melvin Theuma: A taxi driver and alleged organiser of illegal gambling syndicate. Has been officially pardoned in return for testimony that he acted as ‘middleman’ in passing the contract to kill Daphne.

Yorgen Fenech: A prominent businessman under arrest on suspicion of commissioning the murder.

Joseph Muscat: The Prime Minister of Malta since 2013.

Keith Schembri: A close friend and former chief of staff to Muscat until his recent arrest. The PM announced Tuesday that he Schembri had resigned from government.

The first arrests in the investigation took place on December 3, 2017 when Muscat and his two alleged accomplices, brothers Alfred and George Degiorgio, were charged with Daphne’s murder. All three denied the charges.

After lengthy preliminary hearings, they were indicted in July to stand trial by jury at an undetermined future date.

Muscat, who was known to police for minor misdemeanours, including importing birds, agreed to spill the beans in April 2018 after police said his statement would only be used as evidence if Muscat obtained a pardon.

A person briefed in detail about Muscat’s confession relayed the contents to Reuters.

He explained that the men used a bomb bought from Maltese gangsters and supplied by the Italian mafia.

Police have said they believe Muscat was a henchman for George Degiorgio, known by the nickname ‘Ic-Ciniz’ (the Chinese), leader of an organised crime group.

Alfred Degiorgio, known as ‘Il-Fulu’ (the Bean), was a member of the same gang, according to police.

The brothers continue to deny Daphne’s murder and have declined to answer police questions. Marc Sant, a lawyer defending Vince Muscat, declined to comment, as did lawyers for the brothers.

In interviews with police, Muscat named taxi driver Melvin Theuma as the middleman who arranged Daphne’s killing, the person familiar with his confession said.

He said he didn’t hear the two men’s discussions about killing Daphne, but Alfred Degiorgio briefed him after each meeting. Details of the meetings were also relayed by Alfred to George Degiorgio, Muscat said.

According to Muscat’s account, after getting the contract to kill Daphne, the plotters first decided to shoot her and bought a rifle with telescopic sights.

Muscat told investigators the rifle was supplied from Italy, and that Alfred Degiorgio was to fire the weapon. 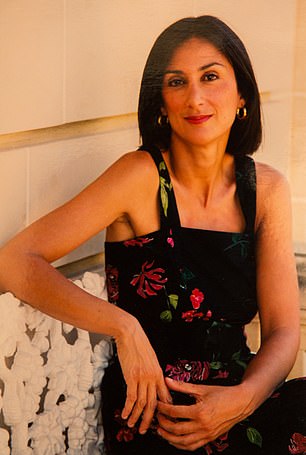 The gang began their work by watching Daphne’s movements, tailing her car and observing her home, according to Muscat’s confession.

They identified a window where she often sat while working on her laptop.

At one stage, sandbags were placed on a wall which had a view of the window to provide a stable rest for the rifle.

Muscat told investigators how, as surveillance continued, they followed Daphne on a family outing to the Phoenicia Hotel, by the gates of Malta’s capital Valletta, and to the airport when she and her husband, Peter, went on a foreign trip.

Muscat said that Theuma had helped watch the couple’s car in the airport car park to identify when she returned home.

A member of Daphne’s family confirmed she had visited the Phoenicia Hotel on August 17 and 26 and had travelled abroad with Peter from September 16 to Sept. 21.

After their scouting operation, the gang decided, for reasons not yet explained, that it would be too difficult to shoot Daphne, according to the account of Muscat’s confession given to Reuters.

Returning the rifle to the supplier, they were then provided with a bomb and shown how to detonate it, according to Muscat.

Police say they have identified those suspected of supplying the weapons and hope to make arrests soon.

Daphne lived in the village of Bidnija where she had a house in a walled compound. She usually parked her car inside the compound. 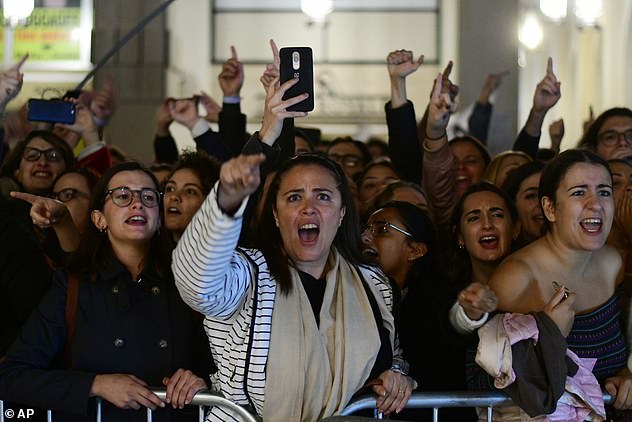 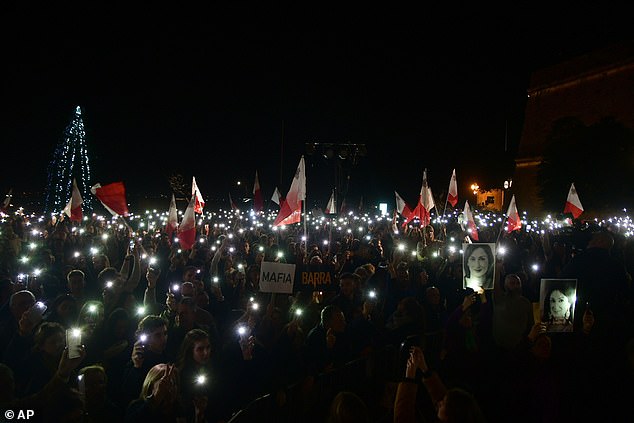 That posed an obstacle to her would-be killers, who needed access to her vehicle to place the bomb.

In case they had to climb into her garden to reach the car, they devised a special leash to control the dog that ran around inside.

But on the evening, October 15, 2017, Muscat and the Degiorgio brothers realised the car had been parked outside the gate to the compound.

In an interview with Reuters, Daphne’s son, Matthew, previously described how he had parked the car in the road that night, something he did quite often.

In the early hours of October 16, police have said in court, the two Degiorgios and Muscat went to Bidnija to plant the bomb.

The person briefed on Muscat’s confession said Muscat alleges Alfred broke into the car by levering open the rear-quarter window passenger side.

With George watching out from a high vantage point, and Muscat watching the lane outside Daphne’s house, Alfred crept inside the car and put the bomb under the driver’s seat. 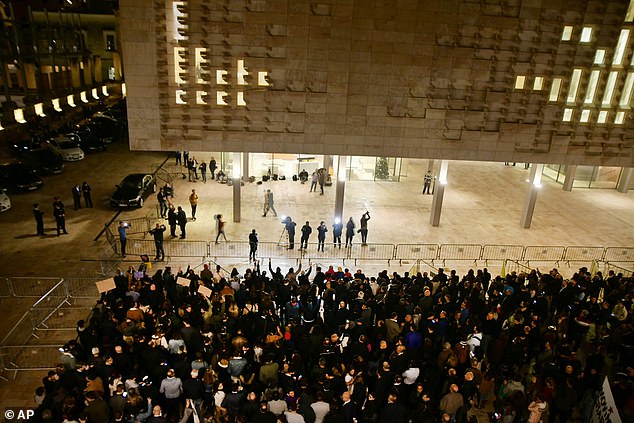 In court hearings, police described how telephone data revealed that George Degiorgio later boarded a yacht and was in the Grand Harbour of Valletta when Daphne left her home just before 3pm on October 16.

According to the prosecution case, George Degiorgio sent a text message from the yacht to a device inside Daphne’s car which detonated the bomb and killed her.

According to Muscat’s account, the balance on the cash price for her killing was handed to Alfred Degiorgio by Melvin Theuma within 10 days of the bombing at a place called Ramla Eaz in Zejtun in the south of Malta.

Police sources declined to discuss details of any financial transactions. Lawyers for the brothers declined to comment.

Prime Minister Muscat has so far refused Vince Muscat’s request for a pardon, even as he granted a pardon and immunity from prosecution to the taxi driver Theuma. 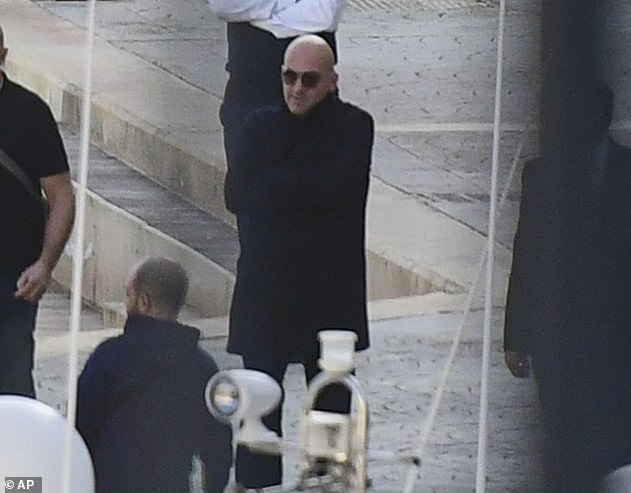 Maltese businessman Yorgen Fenech, wearing dark sunglasses, is accompanied by police during a search of his yacht at the dock of Portomaso, Malta on Friday last week

Theuma has admitted to police that he acted as a middleman between the killers and the person or people who ordered Daphne’s murder.

He has been released under police protection, according to a police source, and is due to testify in court on Friday.

‘It’s a complete injustice that Theuma should give evidence against Vince when Vince was the one that led police to him and helped solve this case. He is the one who should be pardoned, not Melvin,’ said Pauline Muscat, Vince’s wife, speaking publicly for the first time.

Officials said Theuma was arrested on November 14 as part of a separate investigation into illegal gambling, however.

After his detention, he offered information about Daphne’s killing and provided evidence that led to the arrest six days later of Yorgen Fenech, one of Malta’s leading businessmen, they said.

Fenech was hauled off his yacht last week to be questioned by police.