Asteroid that flew past Earth is BIGGER than thought

NASA has captured the highest-resolution images yet of a massive asteroid that skimmed past Earth earlier this month.

The huge space rock, known as 3200 Phaethon, made its closest approach to Earth on Dec 16 at about 6.4 million miles (10.3 million kilometers) away.

According to the space agency, this is the closest the asteroid will come to Earth until 2093.

NASA has captured the highest-resolution images yet of a massive asteroid that skimmed past Earth earlier this month. The huge space rock, known as 3200 Phaethon, made its closest approach to Earth on Dec 16 at about 6.4 million miles (10.3 million kilometers) away

In the images, the somewhat spherical object can be seen with a huge depression at the equator that’s thought to be at least several hundred meters large.

It also has a ‘conspicuous’ dark feature near one of the poles, NASA notes.

‘These new observations of Phaethon show it may be similar in shape to asteroid Bennu, the target of NASA’s OSIRIS-Rex spacecraft, but more than 1,000 Bennus could fit inside of Phaethon,’ said Patrick Taylor, a Universities Space Research Association (USRA), Columbia, Maryland, scientist and group leader for Planetary Radar at Arecibo Observatory.

‘The dark feature could be a crater or some other topographic depression that did not reflect the radar beam back to Earth.’

The new observations conducted from Dec 15-19 show Phaethon to be about 3.6 miles (6 kilometers) wide.

This means it’s larger than previously thought, by about .6 miles (1 kilometer).

It passed by Earth this month at about 27 times the distance between our planet and the moon.

In the images, a somewhat spherical object can be seen, with a large depression at the equator that’s thought to be at least several hundred meters large. It also has a ‘conspicuous’ dark feature near one of the poles, NASA notes

Arecibo is the most powerful astronomical radar system on Earth, but suffered minor damage in the recent hurricane that struck Puerto Rico.

Now, it’s back up and running.

‘Arecibo is an important global asset, crucial for planetary defense work because of its unique capabilities,’ said Joan Schmelz of USRA and deputy director of Arecibo Observatory.

‘We have been working diligently to get it back up and running since Hurricane Maria devastated Puerto Rico.’ 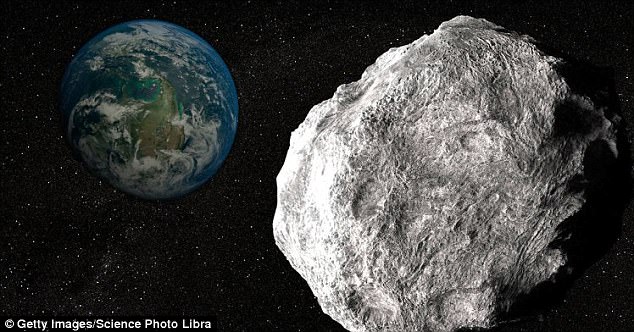 At its closest approach, the asteroid is estimated to be around 6.4 million miles away from our planet – 27 times the distance between the Earth and the moon (stock image)

Before its approach, NASA revealed asteroid 3200 Phaethon is classed as ‘potentially hazardous.’

The latest approach is the closest the asteroid has been to Earth since December 16, 1974, when it was around 5 million miles away – although we were blissfully unaware at the time.

In a statement about the asteroid, which was first discovered in 1983, a spokesperson for Nasa said: ‘With a diameter of about 5km, Phaethon is the third largest near-Earth asteroid classified as “Potentially Hazardous”.’

The next pass is predicted to be in 2093 when it is expected to pass at just over 1.8 million miles (2.9 million kilometres) away. 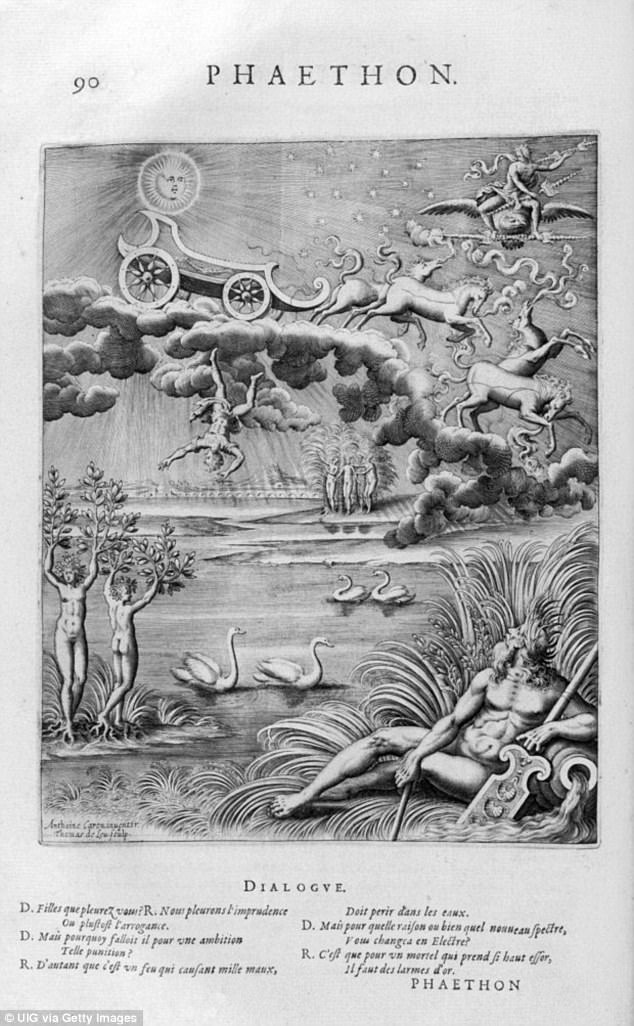 Earlier this month, the Immanuel Kant Baltic Federal University in Konigsberg, Russia, published a video tracking the path of Phaethon.