Aston Villa boss Dean Smith has vowed to investigate how news of Jack Grealish’s injury was leaked on social media.

The skipper missed Sunday’s 2-1 defeat to Leicester with a shin problem, but rumours he was out surfaced at least 24 hours before the game.

Without Grealish, Villa saw James Maddison and Harvey Barnes strike in the first half to lift the Foxes up to second in the Premier League, ahead of Manchester United’s clash with Newcastle later in the day.

Bertrand Traore pulled a goal back to ensure Leicester had to work for the points after outclassing Villa before the break.

But Smith was unhappy that news of their star player’s absence had emerged online.

‘It certainly does (give the opposition a leg up). It is something I would not be happy with. 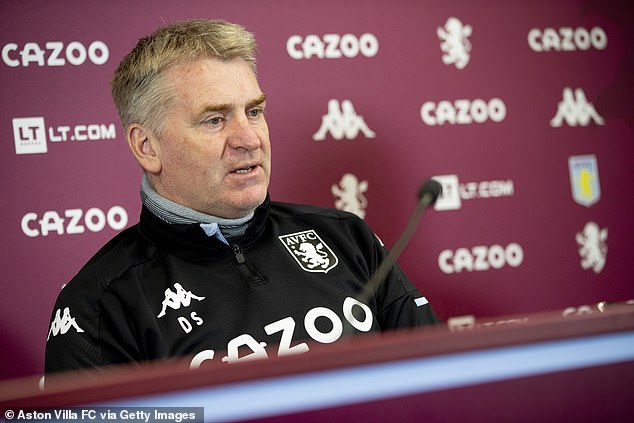 ‘It’s not going to be a long-term injury, but I’m guided by the medical staff and Jack himself. I don’t put the loss down to Jack not being in the team.

‘I felt their big players turned up and ours didn’t in the first half. Jack is going to be a loss because he’s an exceptional player, but we still have a good enough team to beat Leicester.

‘It took some harsh words at half-time to lift us. It doesn’t matter if you’re playing in League Two or the Premier League, you have to earn the right to play.’

Leicester threatened to run riot during a dominant first half and Maddison scored his 11th goal of the season when he curled in off the post after 19 minutes.

Four minutes later it was 2-0 as Barnes smashed in from close range when Emi Martinez failed to hold Jamie Vardy’s shot. 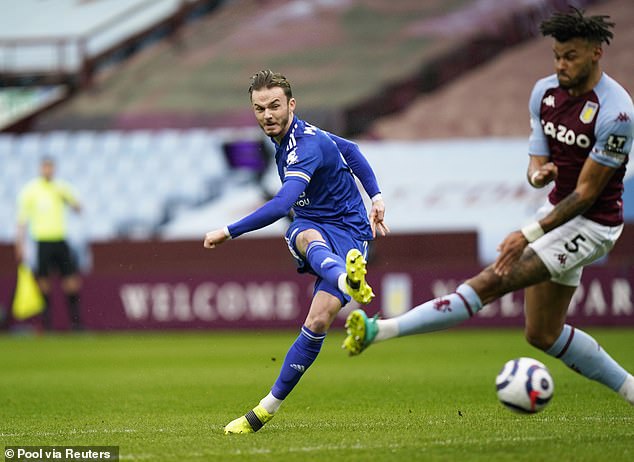 The winger now has 13 goals this term and impressed again in front of England boss Gareth Southgate.

The visitors looked on course for a comfortable win, but Traore made it 2-1 from close range three minutes after the break.

Yet, despite Villa’s improved second half, they failed to beat Kasper Schmeichel again.

The Foxes have lost just once in their last 12 league games and sit three points above United, although Ole Gunnar Solskjaer’s side could close the gap once more when they host Newcastle on Sunday evening.

Boss Brendan Rodgers said: ‘My ambition was to get European football for the club and see if we could disrupt the market. 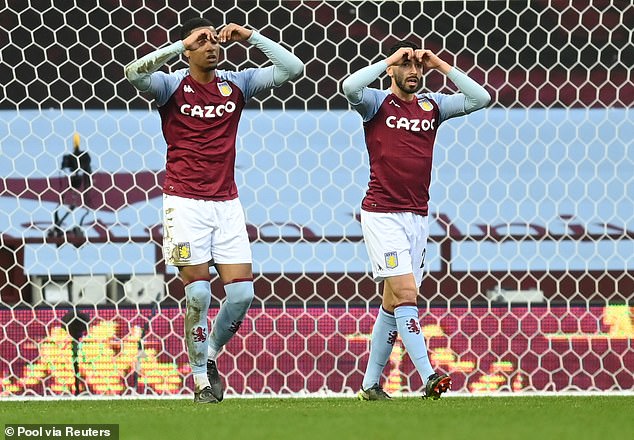 ‘Everyone knows what Champions League football brings to a club – but also a city – but I tend to not think about it so much. Especially when we are so far out.

‘It was an outstanding team performance in the first half. Our football was exceptional and we scored two very good goals.

‘After midweek travel and a European game, the players really have to show their spirit and quality. I was so pleased and very proud of the team.’

Victory was tempered after Maddison was forced off with a hip problem in the second half.

‘He had this issue last season and felt it in the game and we had to take him off as a precaution,’ added Rodgers, with the midfielder now a doubt for Thursday’s Europa League last-32 second-leg clash with Slavia Prague.